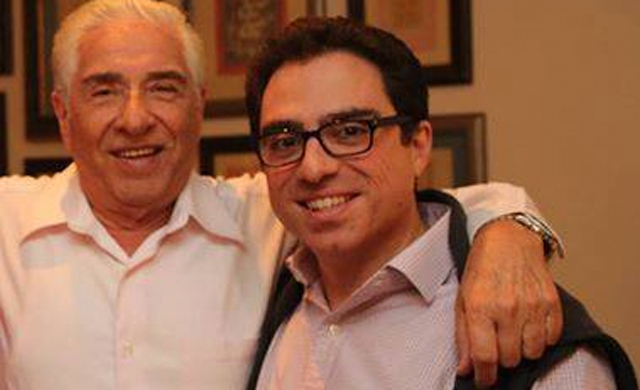 Free The Namazis: Open Letter on the Continued Detention of Iranian Dual-Nationals

NIAC President, Jamal Abdi, joined a group of academics and policy makers to call on the Iranian government to release father and son, Baquer and Siamak Namazi, as well as other dual nationals arbitrarily detained and imprisoned in Iran, such as French-Iranian Fariba Adelkhah and British-Iranian Nazanin Zaghari-Ratcliffe.

Open Letter on the Continued Detention of Iranian Dual-Nationals

As the 75th Sessions of the United Nations General Assembly opens in tomorrow, we, the undersigned, are writing to raise serious concerns about the continuing, prolonged detention of Iranian-American citizen Siamak Namazi and other dual nationals in Iran who have been unjustly convicted on vaguely and arbitrarily defined national security charges, without due process and in unfair trials.

This fall marks the 5th year that Siamak, a business executive and humanitarian, has been behind bars. In 2016, a revolutionary court in a secret trial sentenced Siamak to 10 years in prison on the made-up charge of cooperating with the “hostile” US government. Siamak’s repeated requests for a fair trial, due process, and even temporary release on furlough – for which he is eligible under Iranian law – after five years of unjust imprisonment have landed on deaf ears.

Retired senior UNICEF official Iranian-American Baquer Namazi, Siamak’s 84 year old father – who was arrested in 2016 – has also been convicted on similar arbitrary charges. Due to his ill health, he has been granted a medical furlough. However, although gravely ill, Iran refuses to allow Baquer Namazi to leave the country to get the necessary medical attention. His health continues to deteriorate, and he will not likely survive much longer.

Sadly, Siamak and Baquer are only two among the several known cases of dual nationals, such as Morad Tahbaz, Iranian-American conservationist and businessman, and Fariba Adelkhah, French-Iranian anthropologist, who have been arrested, charged unjustly and imprisoned in recent years. Nazanin Zaghari-Ratcliffe, British-Iranian charity worker, has been granted leave from prison, but cannot leave the country to reunite with her family, and is reportedly facing a new charge.

The use of prisoners as bargaining chips in order to coerce other governments to provide concessions is a cruel policy and strategy that the Islamic Republic has been using, and it has to end.  At a time when Iran is in need of the goodwill of the international Iranian diaspora to fight the Covid-19 pandemic and other challenges, the continued arbitrary detention of dual nationals seriously undermines the international standing of the country, and has a chilling effect on the return of other Iranian dual nationals.

We call on the Iranian authorities to release all innocent dual nationals who are arbitrarily detained in Iran and end the injustice against them and their families.

We also call on all other governments that engage with Iran on bilateral and multilateral issues to raise the pleas of the dual nationals detained in Iran and to do everything in their power to bring them home.