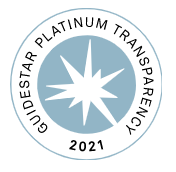 NIAC has made transparency one of its core values and works to provide it all levels, including around our financials and funding sources, governance, and policy priorities and positions. NIAC is a proud recipient of the 2021 GuideStar Platinum Seal of Transparency. The seal is awarded to nonprofits who have demonstrated transparency around governance, program areas, and populations served; who publicly provide audited financials; and who have answered the 5 Chart Impact questions.

NIAC is an independent, non-governmental American organization funded by the Iranian-American community and prominent American foundations. NIAC does not receive funds from either the Iranian government or the United States government.

Over 10,000 individual donors make up the core of NIAC’s support and provide the overwhelming majority of our funding every year. NIAC also has longstanding institutional support from prominent American philanthropic foundations, including the Ploughshares Fund and Rockefeller Brothers Fund. These foundations have invested in NIAC for nearly a decade, and continue to do so owed to our expertise and a track record of success.

All of our financials and tax returns are public and can be found below.