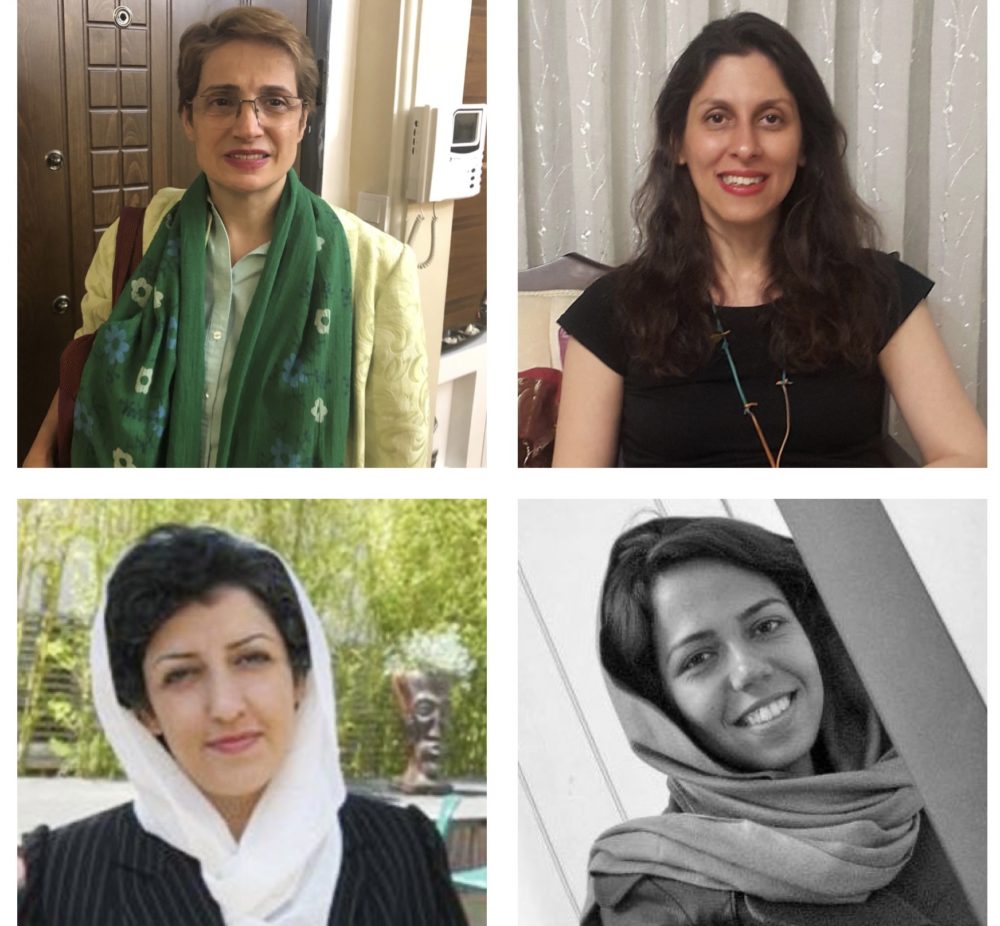 As the twentieth century saw massive change, upheaval, and social transformations on a global scale, the position of women in society was no exception. International Women’s Day was first observed 110 years ago in 1911, and continues to be celebrated today by recognizing both women’s achievements and the strides that must still be made to realize genuine equality. This year’s theme, #ChooseToChallenge, is particularly telling of our current political moment. Despite the progress women have made, there is much work to be done. Change does not come without the efforts and sacrifices of activists throughout the world, and change does not come until we challenge the status quo.

Today, we recognize the efforts of all women and pay tribute to Iranian women whose struggle for equality—like so many women—demands incredible courage. From journalists like Saba Azarpeik, who goes after the truth and exposes the corruption of Iranian officials despite being jailed, to human rights activists such as Narges Mohammadi, and unfairly targeted dual nationals such as Nazanin Zaghari Ratcliffe, these women have shown unflinching fearlessness in the face of every obstacle.

As a recent United Nations report on the state of human rights in Iran concluded, women in Iran suffer under systematic discrimination reflected in the state’s laws, legal practices, and the inability of women to participate in society on equal footing as men. But the work of Iranian women activists goes beyond their own plight, as they challenge the repressive practices of the state that impact Iranian men and women alike.

The renowned human rights lawyer and activist, Nasrin Sotoudeh, personifies both the struggle of Iranian women and an unyielding will to challenge all injustices, from women and children’s rights to the abolition of the death penalty. Rather than being celebrated for her humanity, Sotoudeh has been unjustly targeted by Iranian authorities with heavy sentences, punishment, and intimidation. Still, Sotoudeh never fails to use her platform to bring to light the suffering of others. And, in spite of the many difficulties she has endured, Sotoudeh continues to be an advocate for peace. Last year, on International Women’s Day, Sotoudeh wrote a message of hope and peace from Iran’s infamous Evin prison, which sadly remains relevant today:

“On this International Women’s Day, as a deadly virus sickens my country, I throw my hands down and as a citizen, in a gentle voice, I ask the government to end their animosity with the world, to look at the world through the eyes of peace and to trust life and human beings. I ask human right activists to help us in our peaceful endeavor. I specifically extend my hand to American citizens. Our governments have been rivals for years, with little regards for us. On this day of March 8, I also ask every Iranian around the world to help us in our pursuit of peace, this fundamental aspect of survival.”

Learn about and watch the documentary film, Nasrin, today.