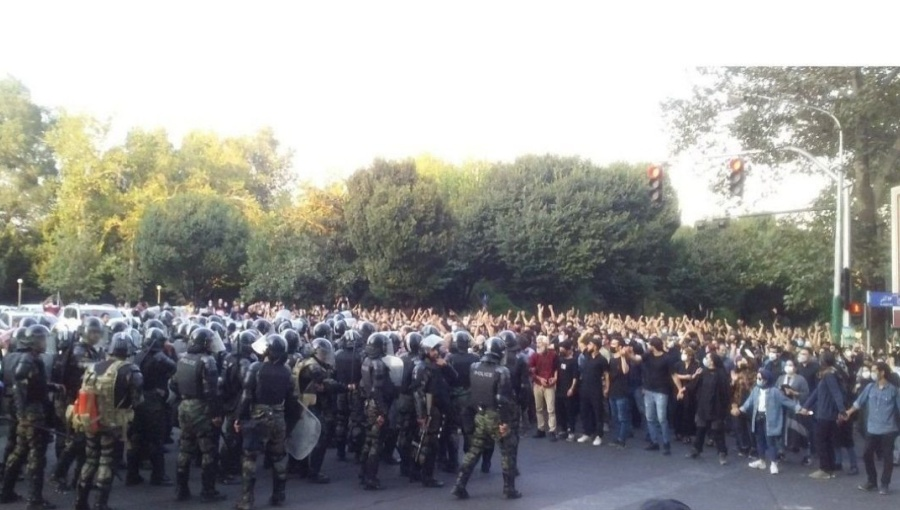 Protests in Iran have intensified and spread across the nation since last week when 22-year-old Mahsa Amini​ was killed after being arrested and beaten into a coma by so-called morality police, enforcing Iran’s unjust mandatory hijab law. Reports of the tragic incident ignited widespread protests inside Iran and prompted observers around the world to condemn the Islamic Republic’s draconian policies towards women and its refusal to take accountability for its role in Amini’s death.

In recent days, the Iranian authorities have imposed severe internet restrictions across the country as part of its efforts to stifle growing unrest. Amid the protests, Netblocks reported a significant internet outage in Tehran on September 16th followed by major internet disruptions in Sanandaj — the capital of Kurdistan—on September 19th. It was reported on September 21st that Iranians experienced disruptions on the networks of mobile phone operators MCI and Rightel. Iranians were restricted from using Whatsapp and Instagram the same day.

Despite the government’s efforts to suppress dissent, thousands of furious and defiant Iranians have taken to the streets across Iran, including the major cities of Tehran and Mashhad, to express their contempt for the state’s cruelty towards women. One video shared on social media shows women burning their headscarves in the northern Iranian city of Sari while another video shows a woman in Kerman cutting her hair while a crowd of onlookers clap their hands and chant “Death to the dictator.”

Iranian authorities have targeted protesters with arrests and acts of violence. Police have also reportedly beaten protesters with batons and employed the use of water hoses and tear gas to suppress the crowds. A horrifying video shared on Instagram shows a 10-year-old girl, covered in blood. The Norway-based Hengaw Organization for Human Rights reported on September 21st that 10 protesters had died and 450 had been injured. According to the same organization, a 16-year-old boy and a 23-year-old man were shot dead by security forces at protests in the cities of Piranshair and Urmia in West Azerbaijan on Tuesday night and three other protesters were killed on Monday in Kurdistan province.

Among the individuals who were targeted by Iranian authorities is famous photojournalist Yalda Moaiery who was covering the protests in Tehran on September 19th when she was arrested, beaten, and thrown into a van with a group of other female protesters. “Iranian authorities must immediately and unconditionally release journalist Yalda Moaiery,” stated the Washington, D.C.-based Committee to Protect Journalists the next day.

The intensified crackdown on protesters in recent days shows that the leaders of the Islamic Republic are insistent upon violating basic human rights in the most brazen ways to suppress all forms of dissent. Iranian leaders should have addressed the death of Mahsa Amini with transparency and accountability. Instead, Iranian authorities have met protestors with force, escalating the brutal violence and oppression against its own citizenry. NIAC strongly condemns the continued brutalization of Iranian people and the injustices they face to secure their most basic human rights. Iranian officials must immediately halt the ongoing escalation of human rights abuses against the Iranian people and respect their right to peacefully protest as the nation continues to mourn the senseless killing of an innocent young woman.