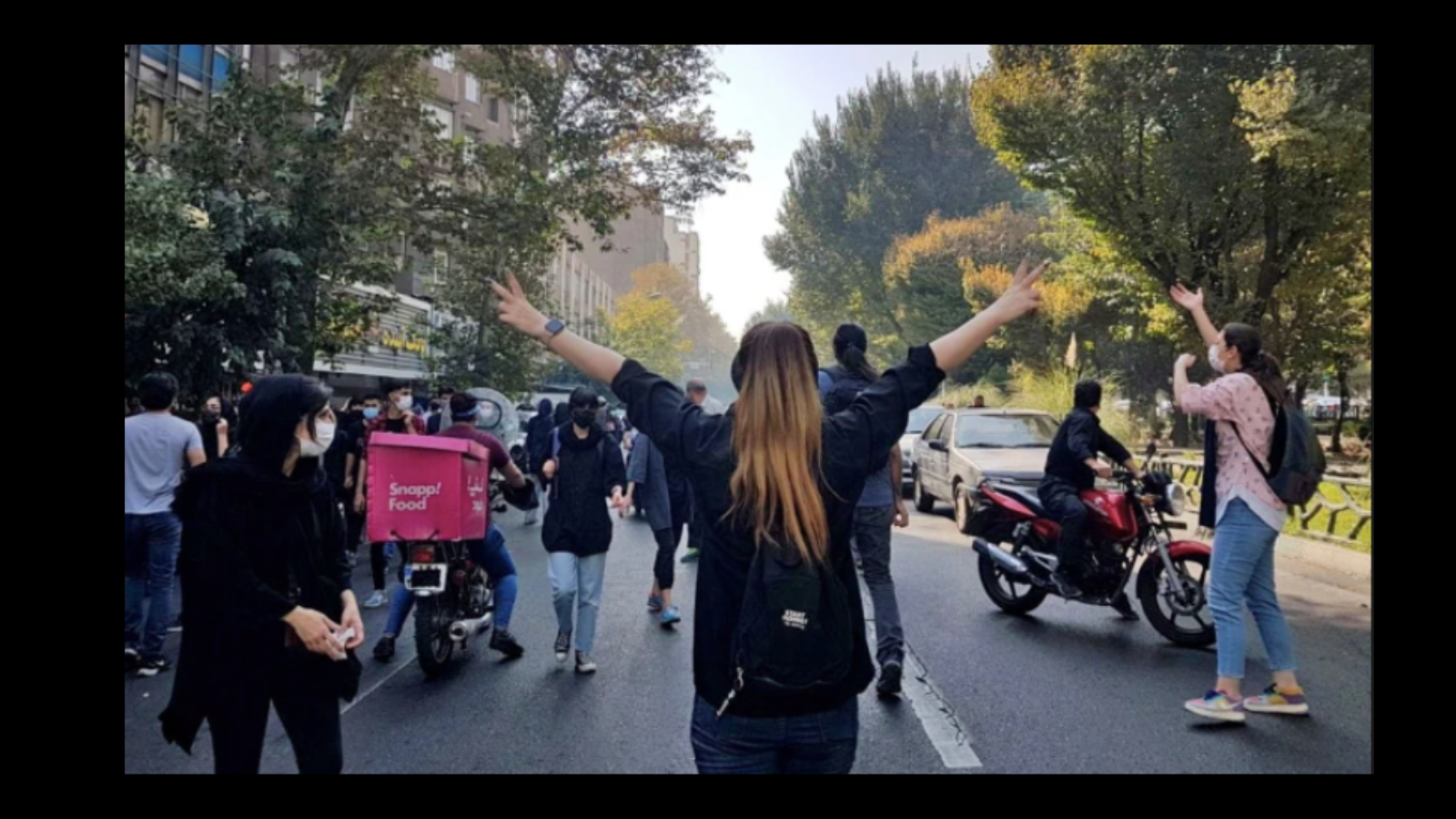 Since the killing of Mahsa Amini—at the hands of Iran’s so-called morality police—sparked nationwide demonstrations in Iran weeks ago, security forces have tried to subdue protests through condemnable and excessive displays of violence against Iranian people. The scope and severity of the state’s brutal crackdown on protests have been illuminated in a shocking new report published on October 5th by Human Rights Watch. The organization has created a list of the names of 47 people—including six women and nine children—who are confirmed to have been killed by the authorities. While Iranian state media reports that around 60 people have died in the protests, the actual death toll is likely much higher, with other rights organizations putting the toll at 133. The government has imposed severe internet restrictions on the Iranian population, making the documentation of casualties more challenging, Human Rights Watch says. Videos shared on social media show security forces using lethal force against protesters, on some occasions firing at them with automatic weapons. Security forces have also been seen on multiple occasions kicking, punching, and beating protesters with batons. One video from Kerman shows a badly injured woman, unconscious and covered in blood.

Since the protests began, Iranian authorities have tried to crush all forms of dissent through violence and mass arrests. While the Iranian government reports that 1,200 people have been arrested since September 16th, this number is most likely a gross underestimate, according to the Center for Human Rights in Iran. CHRI noted that 116 of the individuals who have been arrested in recent days are university students. Additionally, the organization compiled a list of 92 civil society members who have been arrested since the protests started on September 16th. The list includes journalists and reporters, human rights activists, filmmakers, athletes, and other groups.

It should be noted that Iranian youth have become increasingly active in the protests, making them more and more likely to become targets of the authorities. A video shared on social media shows schoolgirls in Sanandaj removing their hijabs and chanting “death to the dictator.” When a member of the Basij—the Iranian Revolutionary Guard’s volunteer paramilitary force—was invited to a girls’ school to discuss the protests in Iran with students, the girls took off their hijabs and shouted “get lost, Basiji” in a remarkable act of defiance and bravery.

Another video shows schoolgirls chanting “freedom, freedom” and waving their hijabs in the air when an older woman—believed to be one of their mothers— joins the demonstration, clapping her hands. The current protests in Iran—led first and foremost by women, and a younger generation—can be viewed as part of an intergenerational movement, spanning decades, in which Iranian women have resisted a government that deprives them of their rights and autonomy. The young girls chanting “woman, life, freedom” today are expressing the same basic sentiment of their mothers and grandmothers who protested mandatory hijab when it was imposed soon after the Iranian revolution more than 40 years ago. This is because the desire for freedom is a core element of the human spirit that cannot be extinguished by the brutality and repression of any authoritarian system. Those who wish to be on the right side of history will support the Iranian people who are expressing their innermost desire for liberty and bravely resisting the tyranny of the Islamic Republic.