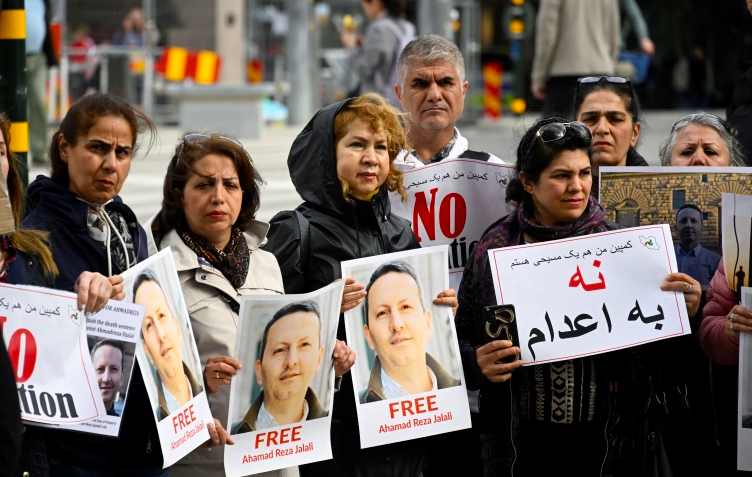 As the world anxiously awaits a conclusion to the prolonged talks over the revival of the Iran nuclear deal, the families of four European hostages in Iran sent an open letter on September 6th to Josep Borrell, the EU’s High Representative of the Union for Foreign Affairs and Security Policy, criticizing the European Union’s failure to prioritize the release of individuals who have been unjustly detained in Iran.

“We, the families of French, Swedish, German, and Austrian citizens, who have been illegally detained by the Iranian regime, are outraged that the European Union seems to be ignoring these crimes…All of them wonder, whether EU officials have forgotten them and how much longer they will have to endure this ordeal. We sadly want to echo these questions and kindly ask you to clarify your stance on the fate of our beloved ones: Will their release be prioritized?”

Their respective cases illustrate the abuses of the Iranian judicial system, such as lack of due process, the use of the death penalty, and maltreatment while in custody.  Briere was arrested in May 2020 and sentenced to eight years on spying charges after flying a remote-controlled drone near the Turkmenistan-Iran border. Djalali, a physician and university lecturer, was arrested in April 2016 and sentenced to death on charges of espionage. IT businessman Kamran Ghaderi was arrested in January 2016 and sentenced to 10 years in prison on charges of spying for a foreign country. According to the open letter, Ghaderi is suffering from an untreated tumor and is at risk of developing cancer in prison where he is deprived of adequate medical care.

In criticizing the EU for its failure to effectively respond to the Islamic Republic’s reprehensible practice of hostage-taking, the families of the four detained Europeans in Iran have echoed the pleas of Siamak Namazi, an Iranian-American businessman who has been detained since October 2015. Iran charged Namazi with “collusion with an enemy state” and sentenced him to 10 years in prison. After spending years in prison, Namazi wrote an opinion piece for The New York Times in June, asserting that “the Biden administration’s approach to rescuing Americans in distress in Iran has failed spectacularly so far.” Namazi called on the Biden administration to take immediate action to secure the release of Americans who the Islamic Republic has unjustly detained for political reasons. “Mr. Biden, I implore you to put the lives of innocent American detainees above Washington politics,” Namazi pleaded.

EU and US negotiators should maximize the power of diplomacy both to secure the speedy release of those who have been detained in Iran and minimize such incidents in the future. However, Iranian authorities must end their practice of arbitrary and unjust detentions of dual and foreign nationals and ensure that the basic principles of justice and fair trials are provided to all.