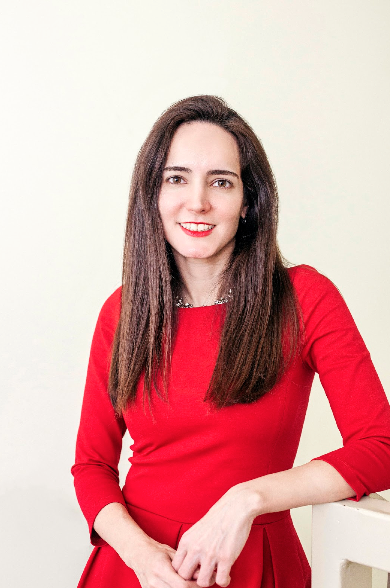 For Yasmine Taeb, coming to the United States from Iran exposed her to the harsh challenges of immigrant life and sparked a desire to advocate for those in similar situations.

As a human rights and civil liberties activist, Taeb hopes that she can bring a unique perspective to politics by serving as a member of the Democratic National Committee. She is running for one of Virginia’s five DNC seats.

During the Iran-Iraq War, Taeb fled Iran with her mother, sister and two brothers, with the intention of joining her father in the United States. They embarked on what became a long and perilous journey. After travelling from Turkey to Mexico, Taeb’s mother hired a smuggler to bring them across the border, but the trip ended in disaster.

“We were terrified of being caught and then I realized that my nine-year-old sister, along with one of the smugglers was caught by U.S. authorities,” Taeb said. “We then heard a loud voice coming from one of the choppers informing us that we had to come out of hiding. The next thing I remember is seeing my sister in a van with tears running down her face.”

This experience shaped the course of Taeb’s life.

“It made me politically conscious at a very young age,” she said. “I wanted to do what I could to help foster a world where people did not have to go through what my family did. I became interested in politics, in particular policy advocacy and affecting the policy-making process.”

Taeb currently serves as Legislative Representative for Human Rights and Civil Liberties at the Friends Committee on National Legislation (FCNL), a Quaker lobby in the public interest. She has also worked for the Center for American Progress, Arab American Institute and serves as a Commissioner on the Arlington County Human Rights Commission.

Taeb has been endorsed by 29 current and former Virginia elected officials, as well as over 50 community and party leaders. If elected, she will become the first Iranian American ever elected to the DNC from Virginia. The election will take place at the Democratic Party of Virginia convention on June 18 in Richmond, where more than 1,700 delegates will vote.

The DNC determines the Democratic Party’s platform, the rules and procedures for presidential caucuses and primaries, and coordinates strategies for Democratic candidates.

According to Taeb, “The DNC is a vital institution that deeply affects the future of the country and the lives of all Americans. The more diverse and inclusive the DNC is, the more the Democratic Party will be representative of all communities.”

Strengthening the voice of the Iranian-American community is particularly important to Taeb. “I want Iranian-Americans to have a voice politically and to be a key constituency group, and having a presence in the DNC is critical to that cause.” she said.

Enhancing Iranian Americans’ presence in politics would help address issues like the recent changes to the Visa Waiver Program, which Taeb says have greatly disturbed her.

“It is outrageous that the U.S. government now requires visas from citizens of the countries the U.S. had a visa-free travel with who are dual nationals of Iran or who have traveled to Iran,” she said. “This is explicitly discriminatory and I personally have done significant work in my capacity as a lobbyist for FCNL to repeal this law.”

For much of her professional life, Taeb has worked on civil and human rights issues. Taeb believes that equality is critical to advancing prosperity. “I think everyone deserves a shot at becoming the best version of themselves they can be, and for that we need a more just and egalitarian society,” she said.

Taeb has championed immigrant rights and has actively worked to include communities of color in the political process.

“As a country, we should strive to set an example in the international community and welcome immigrants and displaced people … It’s what America was founded on and what helped make this country what it is,” Taeb said.

“My own background as an immigrant who for years was undocumented is what ingrained an interest in me on these issues. I strive to be a voice for the people whose shoes I was once in and for marginalized people in general whose voices are often ignored by those in power,” she added.

If you’re interested in learning more about Yasmine’s campaign, visit www.yasminetaeb.com. To get involved, fill out this form to sign up to help make phone calls to voters.

This is the fourth of many profiles in a series highlighting civically engaged Iranian Americans, as part of NIAC Action’s Beshkan the Vote campaign.