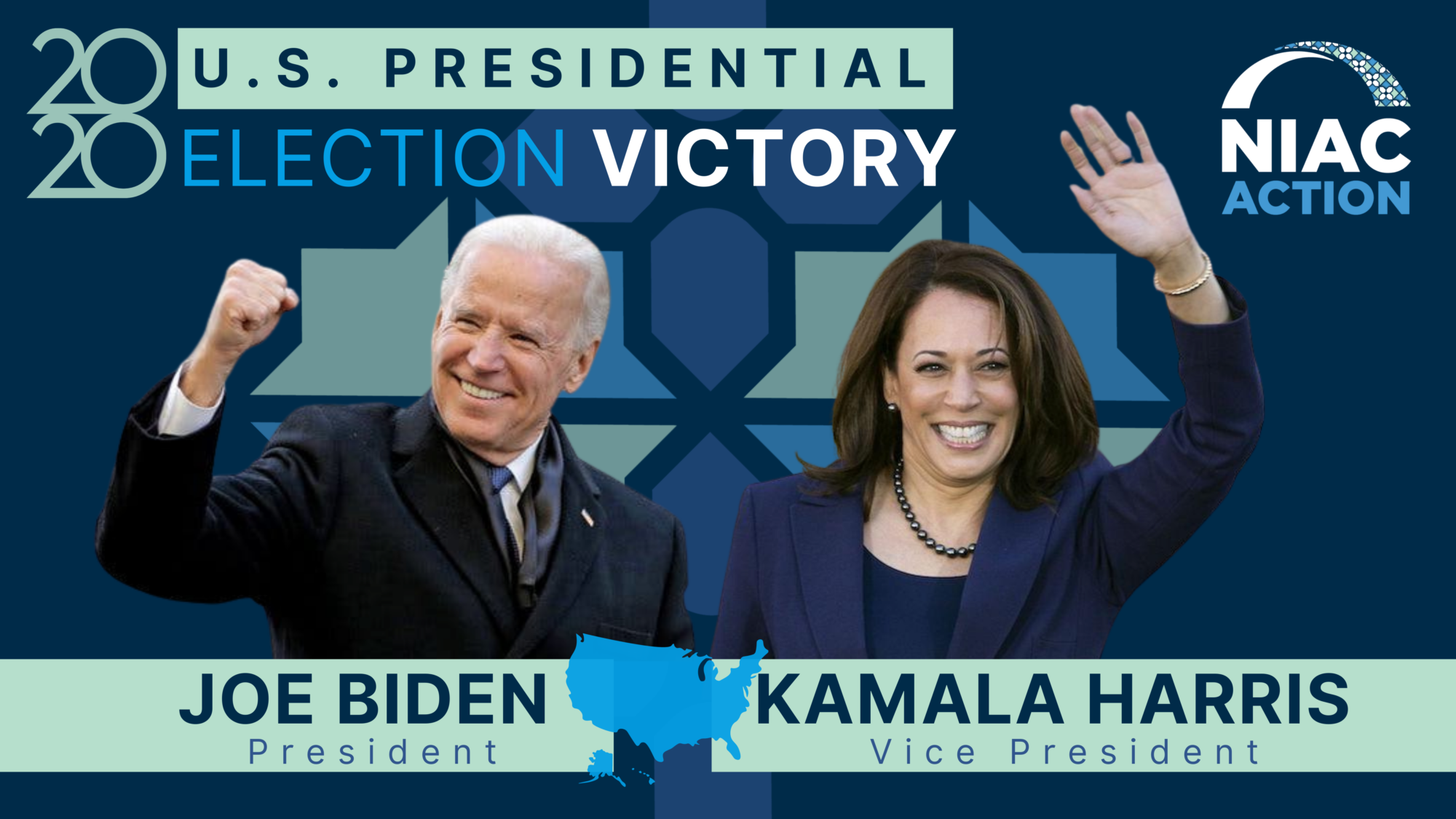 Our long, national nightmare is almost over. AP has called the race for Joe Biden and Donald Trump will no longer be President of the United States on Wednesday, January 20, 2021. This news is a ray of hope piercing through the dark for many Americans, including the Iranian-American community. Even though Republicans continue to challenge the tabulation of thousands of legitimate votes in key states, many are confident that these lawsuits will not stop Joe Biden from becoming the next President of the United States.

It would have been easy for Americans to fold, to fall to disinformation and cynicism, and to let a demagogue divide us. But instead we united, proved that we are stronger together, and elected Joe Biden–the only candidate capable of empathy and who knows how to build a brighter future.

Iranian Americans were a big part of this victory, like immigrant communities all across the United States. Donald Trump’s assault on our democracy was presaged by his Muslim ban that ripped apart our families and loved ones in his first week in office. Yet Americans rallied to airports across the country, foreshadowing a movement that would sweep Trump from power. Trump’s sabotage of diplomacy, out of spite for his more accomplished predecessor, set back the hopes of tens of millions of Iranians and their families across the globe. And, this past January, Trump stoked fear when he predictably led us to the precipice of a disastrous war, then treated our community as an internal security threat.

Getting Trump out of office won’t heal our democracy completely, and he will undoubtedly try to stoke further chaos both domestically and abroad in his waning days in power. Restoring justice and weakening the forces that have ridden Trump’s coattails to advance their destructive ends will be difficult work. But we know that by helping elect Joe Biden we will soon reunite tens of thousands of families by ending Trump’s unconscionable Muslim ban and get off the warpath with Iran and return to the diplomatic table.

Peace and justice are possible, but we must keep working together to secure them. We thank you for all your work to make this moment possible and hope you’ll stay by our side in the critically important work to come.