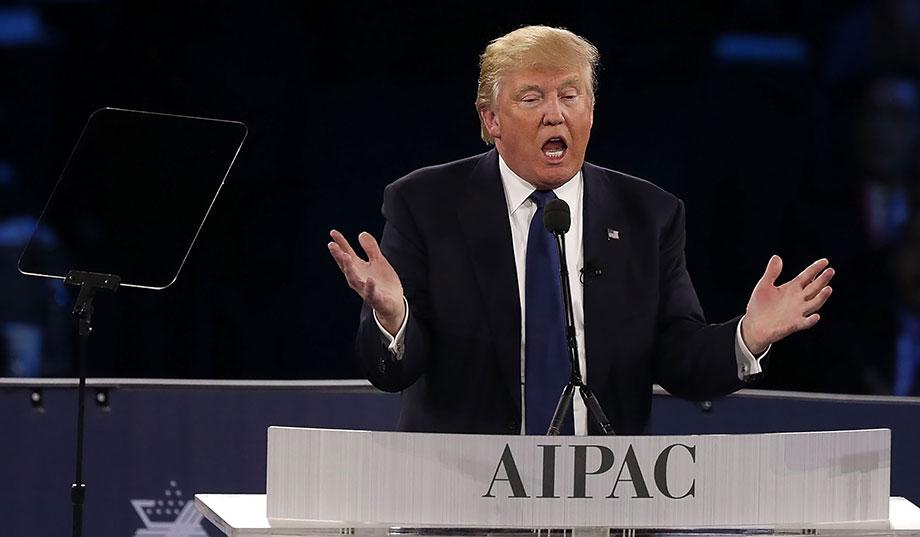 Trump and GOP Candidates’ Iran Policy Would Be Disastrous

“We condemn Donald Trump, Ted Cruz, and John Kasich for their pledges to undo the diplomatic efforts of President Obama and put the U.S. back on the path to war with Iran. Trump and his colleagues’ rhetoric may have won standing ovations from AIPAC, the organization that spent millions to try to kill the Iran deal, but it will not win them White House. The American people do not want another military adventure in the Middle East.

“Ted Cruz’s particularly reckless promise to begin shooting down Iranian missile tests deserves special condemnation. Of all the candidates, he is the most open about his plans for escalation that would all but certainly set off a quick descent into all out war. There are smart ways to deal with Iranian hardliners’ provocations,starting a war is not one of them.

“Unfortunately, all three remaining GOP candidates risk seriously damaging U.S. interests. Cruz says he will ‘tear the deal to shreds’, Kasich calls for ‘suspending’ the nuclear agreement, and Trump says he would effectively break the accord by renegotiating its terms. These actions would free Iran from its nuclear constraints, punish the American allies we worked with to broker the accord, and isolate the United States in dealing with the results.

“The nuclear accord has made the United States much safer. Because President Obama chose diplomacy over war, Iran’s nuclear program has been set back dramatically and is under the most intensive and intrusive inspections regime the world has yet to see. Bluster didn’t achieve this feat nor did war nor sanctions. It was accomplished because President Obama had the courage to talk directly to his adversaries in Iran – to use the strength of American diplomacy – to advance U.S. interests.

“Neither Trump, nor Cruz, nor Kasich would bring to bear this same courage. Their feigned displays of ‘strength’ and ‘toughness’ mask the ultimate weakness of their position on Iran. There is no doubt that – had any of them been President, or had AIPAC got its way in last summer’s Congressional fight – Iran’s centrifuges would still be spinning by the tens of thousands, Iran’s heavy water reactor would still be operational, Iran’s nuclear program would be accelerating long past the point of undetectable breakout.

“Nothing is easier than calling Iran bad names, issuing ominous military threats or threatening to rip up the nuclear accord. It is much more difficult to engage with Iran in a serious and sustained manner to resolve America’s concerns and to advance U.S. interests. Should Trump, Cruz or Kasich take the presidency in the coming elections, it is clear that the world will be a much darker and more dangerous place for both the American people and people the world over.”
###