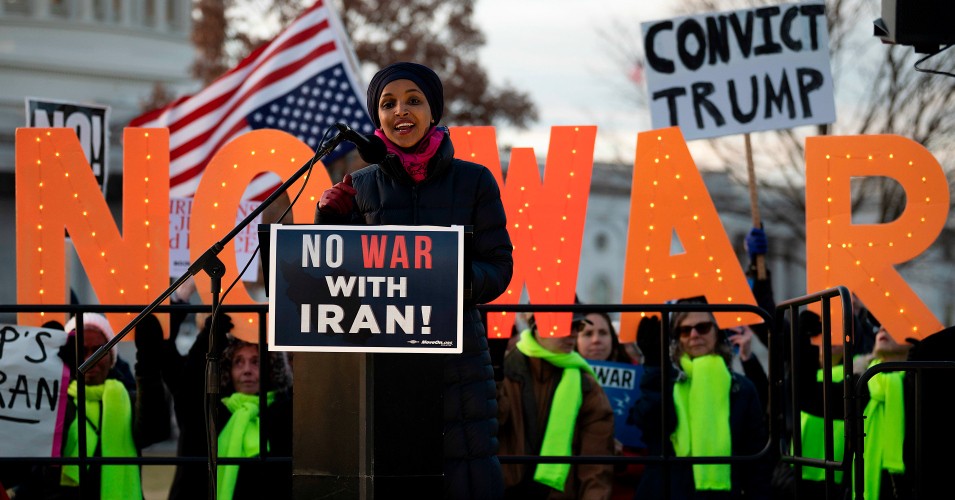 Ryan Costello, Policy Director of NIAC Action, issued the following statement on the House of Representatives passing Sen. Kaine’s resolution (S.J.Res. 68) requiring the administration to withdraw U.S. forces from hostilities with Iran in a 227-186 vote:

“Bipartisan majorities in both the House and Senate have passed legislation clarifying that President Trump does not have authorization for war with Iran. This reflects the American people’s wishes, who have twice watched the President lead us to the edge of a new and disastrous war with Iran in recent months.

“While opponents of the resolution chose to spend much of their time claiming there are no hostilities with Iran and that Iran had been deterred, events in the region demonstrated the continued danger of tensions boiling to full-blown war. Yet again, U.S. and Iranian-backed forces appear to be exchanging fire in Iraq, despite the American people’s desires to avoid yet another war of choice in the Middle East. We know from experience that the administration is likely to shoot first and figure out its legal justification later. Only by returning to the nuclear deal and the negotiating table can we ensure that the threat of war is once again put on ice.

“The choice for President Trump is clear. If he truly wants to end America’s endless wars rather than start new ones, he should sign the resolution and prove his intentions to a skeptical American public and Congress. A veto would only demonstrate his desire to keep an unconstitutional war with Iran on the table.

“Senators Kaine, Durbin, Paul and Lee, along with Speaker Pelosi and key voices like Reps. Ro Khanna and Barbara Lee, deserve tremendous credit for working across the aisle to send on legislation clarifying Congress’ role in matters of war and peace after the January crisis with Iran. So too do all legislators who saw through the administration’s fearmongering and backed legislation to rein in their reckless war push, and the countless Americans and allied organizations who told President Trump loud and clear: no war with Iran.”