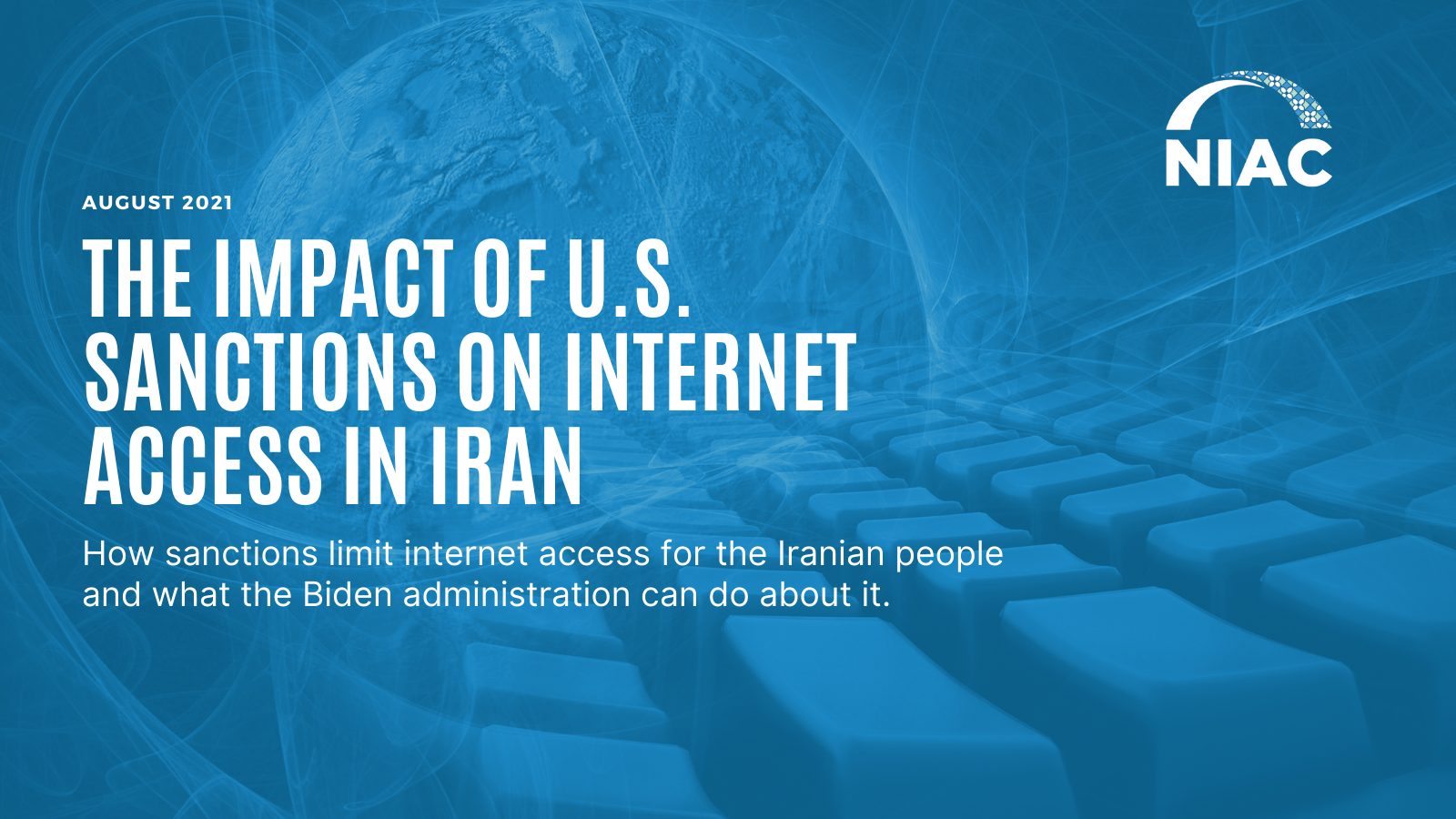 The protests that broke out in Iran’s southwestern Khuzestan province this summer followed a familiar pattern. Iranian citizens took to the streets to air grievances they have with the status quo, in this case dire water shortages intensified by mismanaged water resources and climate change. The Iranian government in turn responded with an internet outage and deadly force and repression to quell the public outpouring of discontent, as has happened with increasing frequency when Iranians publicly voice their discontent. What may come as a shock to many, however, is the role U.S. sanctions have played in inadvertently helping Iran’s government censor, surveil, and repress its population.

The United States has long maintained sanctions that prevent any U.S.-based companies from doing business with Iran. These sanctions predate high-level multilateral negotiations over Iran’s nuclear program and were not lifted as part of the 2015 nuclear deal. They have led many U.S. technology companies, such as Apple, Amazon, and Google, to deny Iranians access to tools and services that are vital to modern online communications. The result is that Iranians increasingly lack the tools they need to circumvent government filters and have no choice but to use state-backed platforms, servers, and data infrastructure.

The sanctions have played right into the hands of Iran’s government, which has heavily invested in a “national internet” project to tightly control internet communications and cut off access to the global internet at its discretion and at a relatively lower cost for the country’s economy. This happened during the November 2019 gas-price hike protests, when access to the global internet was severed on a country-wide level for 10 days. The government did this while at the same time keeping the domestic internet online, allowing many economic activities that require the internet to remain connected (i.e. hospitals, banks, local businesses, and governmental platforms).

The U.S. must amend its sanctions on Iran to counter a state drive that has been continuous in Iran, but can be expected to worsen in the tenure of conservative President Ebrahim Raisi. The U.S. has an obligation to make sure its sanctions are not reinforcing the Iranian government’s ability to censor, repress and silence its population. As President Biden has stated: “Whatever our profound differences with the Iranian government, we should support the Iranian people.” Access to the internet must be viewed as a fundamental human right in the modern world and is vital to bolstering freedom of expression in repressive states such as Iran.

The below white paper explains how U.S. sanctions are harming the ability of the Iranian people to access online communications tools and services and outlines steps that the Biden administration can take to remedy this situation.