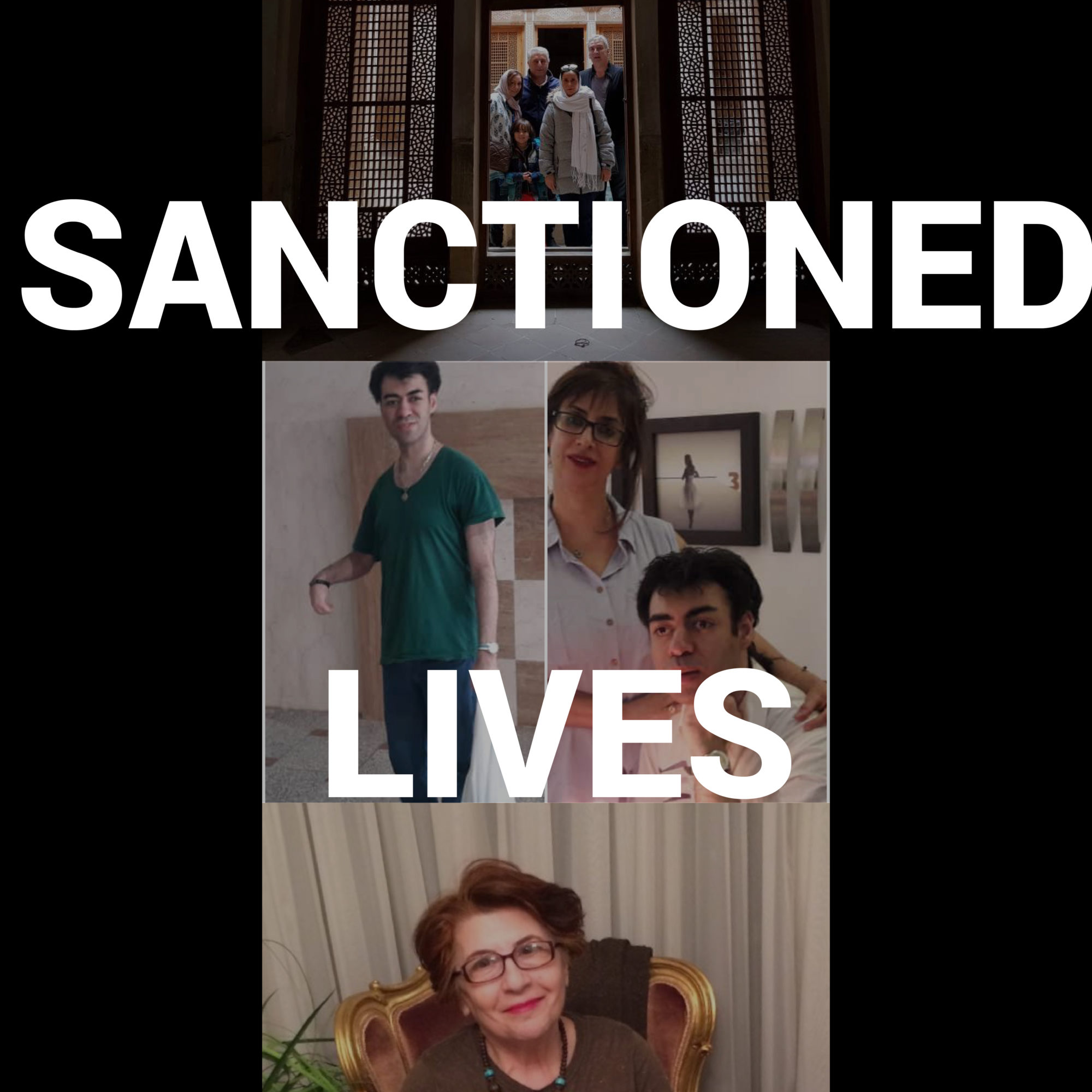 The snapback of Iran sanctions, which went into effect on August 6th, 2018, has had an immense impact on the Iranian and Iranian-American community. These sanctions effectively punish 80 million ordinary Iranians, who are being plunged into economic misery and denied basic necessities such as life-saving medicine and safe civilian aircraft. Members of our community shared how sanctions have impacted them and their families. I am Iranian American and my husband is Cuban American and we have both witnessed first hand what sanctions do. They harm ordinary people and not the intended target. They never result in regime change and in fact bolden the regimes. Ordinary people suffer and their suffering doesn’t cause an uprising. History has shown this again and again. Diplomacy is the only way and it has to be done with mutual respect of all sovereign nations. Bullying is unproductive.

[This photo is] from January 2018 in Kashan with my sister. Travel ban and sanctions have directly impacted us. My family cannot visit us here and the inflation in Iran makes travel very expensive outside of Iran. The photo is symbolic to me. It’s like a window into a brighter future with beautiful Iran in the background. Peace is possible.

My grandmother who is in Iran has chronic lymphocytic leukemia. Over the past few months that there has been a threat of sanctions being reenacted. She has been unable to get ahold of her chemotherapy drugs. None of the pharmacies are carrying it or have a supply more than a few days or a few weeks. My father has called me and told me that she lives around in bed all day and has severe fatigue and has lost 30 pounds in the past two months. They are going to see her oncologist to see if they can change her two other agents that may be available in the country.  As a physician who treats patients like this daily in the United States I feel guilty that I am helpless to take care of a loved family member back home. Sanctions hurt ordinary people on the streets and do not inflict pain at all whatsoever on the government. How is withholding chemotherapy from my 80-year-old grandmother helpful to anyone’s objective? My parents and other family members live in Iran. My aunt (pictured to right) has cancer and she has to do chemotherapy via injection every 3 weeks for the rest of her life in order to stay alive. Her chemo medicine is not made in Iran and is only imported. She says her medicine will no longer be available due to sanctions. She is very depressed and hopeless. She has been crying every night that her life has come to an end! She has kids and grandkids and she wants to be with them longer.

Due to the constant uncertainty in the state of economy caused by U.S. sanctions against Iran, my family members are feeling the pain of high prices. My brother and his wife who are both physicians are thinking of immigrating to Australia since their affordability for living in Tehran has decreased just recently. Iran is losing its population to emigration. Officials that do not like people come to their country should let other countries prosper in their own way, then their residents will never wish to leave their own home country at the first place.

The impact of sanctions is hard on my family and myself. I have two elderly parents that are on a lot of medications for various medical reasons. They live on my dad’s pension which hardly cover their daily expenses. Their medicines are expensive and my brother who helps them out has to buy them in black market when sanctions are in place, that is if he can find them. I used to be able to help them out by sending vitamins and some other products they needed but since summer of last year I have been unable to send anything as USPS informed me that we are banned to send any packages to Iran not until we get an exporting license! I worry about them every single day and I live in the horror of what’s going to happen to them if something like Iraq and Syria’s situation take place in Iran. I live with this nightmare every day. I lived through the horrors of Iran-Iraq war before coming to the US in 1986. I went through two surgeries under total blackout and bombings as the only light available was coming from the hospital’s generators. The patient’s bed was dragged into the corridors of the hospital from the rooms so that they can turn the lights off and close the doors, isolating everybody in the hallways. My family went through incredible hardships and sacrificed so much to send me out to get an education and survive. Today, I am an educated, successful professional and a US citizen and would like to exercise my civil rights and implore my representatives to do all they can to try to reverse these sanctions on Iranian people, because it’s only the ordinary people who suffer, and more importantly, to prevent war! I would like to ask them to do their best to stand up to this administration and its inhumane and anti-democratic practices. People of Iran are deserving of peace and prosperity as are all the people in the world. I have a sister who is single (her husband passed away at a young age). I work 2-3 jobs (and pay taxes) to support her, because she has a son who has brain damage after a car accident & has shunt implantations in his head. You can imagine how they are in need of medical care all the time. These sanctions will be devastating for Iranian people who are like my sister and her son.

When my nephew (pictured) was a baby and after the car accident, the sanction of those years affected him and maybe, if it was not for the sanctions, he would not have ended up with a permanent injury.

They took him to the best hospital of those days, Shiraz Namazi hospital. But a lack of equipment, medication, etc caused delay. As a result, he was brain damaged and the right side of his body is not working. I traveled to Iran after that accident and saw how the hospital did not even have enough sanitary papers to change for each patient. They were using them with blood of previous patients still on them.

And now, my nephew is facing another round of sanctions. He is always in need of stuff that is imported to Iran from abroad and now it will stop.

I came to this country legally in 1981 with two kids from UK, where I was going to school, and with no money. I am from Ahwaz, and because of the war, I could not go back. I have worked three jobs, never receiving government help in this country, and raised two successful boys and helped my sister as well.

I have been told “you are from Iran, we can’t give your father visa” when my father applied to come and just visit us. I lost him in that car accident and never saw him.

I am trying to show the effects of discrimination against the everyday people of a country, when policies affect only the average citizens and not the ones in power.

Shah, Khomeini, Rouhani, Khamanei, all the mullahs or any other groups are in power, none of them are affected by these horrible games politicians are playing. Only the average Joe. These Mullahs in power and their families, if they get sick, they have enough power and money to go to other countries and get fixed.

I have nightmares of the old sanctions and what I had to go through to send stuff to Iran for my family. I am furious with all going on and scared for the Iranian people.