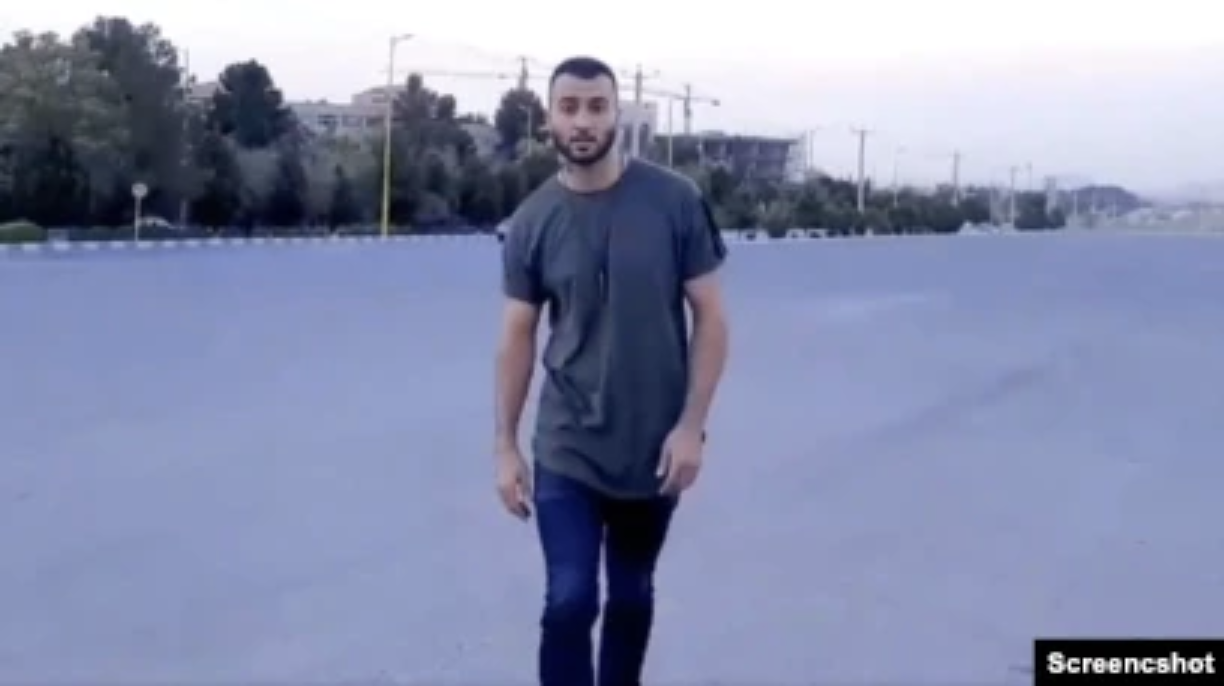 According to the Human Rights Activists News Agency (HRANA), rapper Toumaj Salehi was arrested inside his home on September 13th. He has been taken to an undisclosed location.

HRANA states: “According to a knowledgeable source, 12 security force personnel who went to this artist’s house in four vehicles, at the time of his arrest searched his home, and recorded and confiscated some of his belongings.”

Salehi is based in Isfahan and works at a metal workshop according to BBC Persian. In a recent song of his, he strongly censured the Islamic Republic and individuals and groups he said were its supporters.

IAEA Director General Rafael Grossi travelled to Iran and sealed a new agreement on IAEA surveillance of Iran’s nuclear program. Grossi’s trip came on the eve of a meeting of the IAEA Board of Governors in Vienna. Prior to this agreement being reached, there were reports that the Board of Governors might censure Iran over noncompliance with its IAEA safeguards agreement.

The agreement will see Iran continue to hold on to the data from the IAEA surveillance agreement. Gross said for the IAEA to gain access to the data, it requires “an agreement on the level of the JCPOA.”

EU Deputy Foreign Policy chief Enrique Mora said the agreement was a “good step.” Russia also welcomed it and Russia’s ambassador to the IAEA asked for the nuclear negotiations to restart “as soon as possible.”

Grossi said he will travel back to Iran soon. During the IAEA Board of Governors meeting this week, he said Iranian officials still haven’t given answers to the IAEA about four sites in Iran where undeclared nuclear material has been discovered.

Grossi cited UN Security Council resolution 2231 as saying Iran was in noncompliance with its IAEA safeguard agreements. Grossi said the IAEA maintained full access to Iran’s nuclear protocol, under Iran’s adherence to the additional protocol, until February 23, 2021. Since then, Iran has held onto the recording of IAEA surveillance equipment in Iran. Notably, the U.S. reneged on UNSC Res. 2231 in May 2018.

Meanwhile, Iran’s IAEA Ambassador Kazem Gharibabadi said at the IAEA Board of Governors meeting that “as long as sanctions on Iran continue, do not expect restraint & constructive actions from Iran.” He said Iran’s nuclear activities are within its NPT rights, including its current level of enrichment and production of uranium silicide fuel.

Gharibabadi also said guarantees must be given to prevent a “catastrophe like America’s exit from the deal” from repeating as well as preventing “taking advantage” of “mechanisms” within the deal (i.e. snapback).

Gharibabadi said it is unclear if America is willing to lift sanctions. He called on the U.S. to stop violating the JCPOA and UNSC Res. 2231 “as soon as possible.”

Gharibabadi added that Iran recording data [for IAEA surveillance] has nothing to do with its IAEA safeguards agreement. He said decisions Iran makes in this regard come from political calculations. He said as long as the IAEA does not abide by its “responsibilities” when it comes to “terrorist sabotage” of Iran’s nuclear facilities, these problems [of IAEA having a lack of access] will continue.

Russia’s Ambassador to the IAEA, Mikhail Ulyanov, has said he hopes the Vienna JCPOA negotiations will restart in two weeks.

Araghchi was a lead nuclear negotiator during the JCPOA negotiations and was Iran’s chief negotiator in JCPOA return talks which began in Vienna last April. He will assume a new role as an advisor to Abdollahian.

Bagheri is an avowed JCPOA critic and will be Iran’s chief nuclear negotiator if the nuclear file remains with the foreign ministry. However, the Supreme National Security Council (SNSC) may lead the nuclear negotiations going forward. This is still unclear.

In the past, when Saeed Jalili was the secretary of the SNSC and Iran’s chief nuclear negotiator, Bagheri was Jalili’s deputy. This was during the Ahmadinejad presidency when there was little diplomatic progress.

Bagheri was also Ebrahim Raisi’s deputy for international affairs at the judiciary.

Abdollahian has also appointed Mahdi Safari as his deputy for economic affairs. Safari has held several top foreign ministry positions in the past, including as ambassador to China and Russia. He also was Iran’s lead negotiator over talks on demarcating the Caspian Sea in recent years.

Foreign Ministry Spokesperson Saeed Khatibzadeh said, “we have no and have had no redlines on vaccine imports.” He said the Health Ministry has put in requests for vaccine imports, and that in some cases it “did not find it expedient” for some vaccines to be imported.

Last January, Ayatollah Khamenei banned “British and American” vaccines. However, in recent weeks, amid a devastating fifth wave of infections and deaths, he appeared to reverse this ban.

Khatibzadeh said in the past two months Iran has been making the “maximum” number of orders for COVID vaccines. He said this is being pursued through “different routes” and has resulted in more vaccines being imported.

Khatibzadeh specified: “There are no limitations on the Pfizer and Moderna vaccines … we have no redlines to meet the people’s needs.”