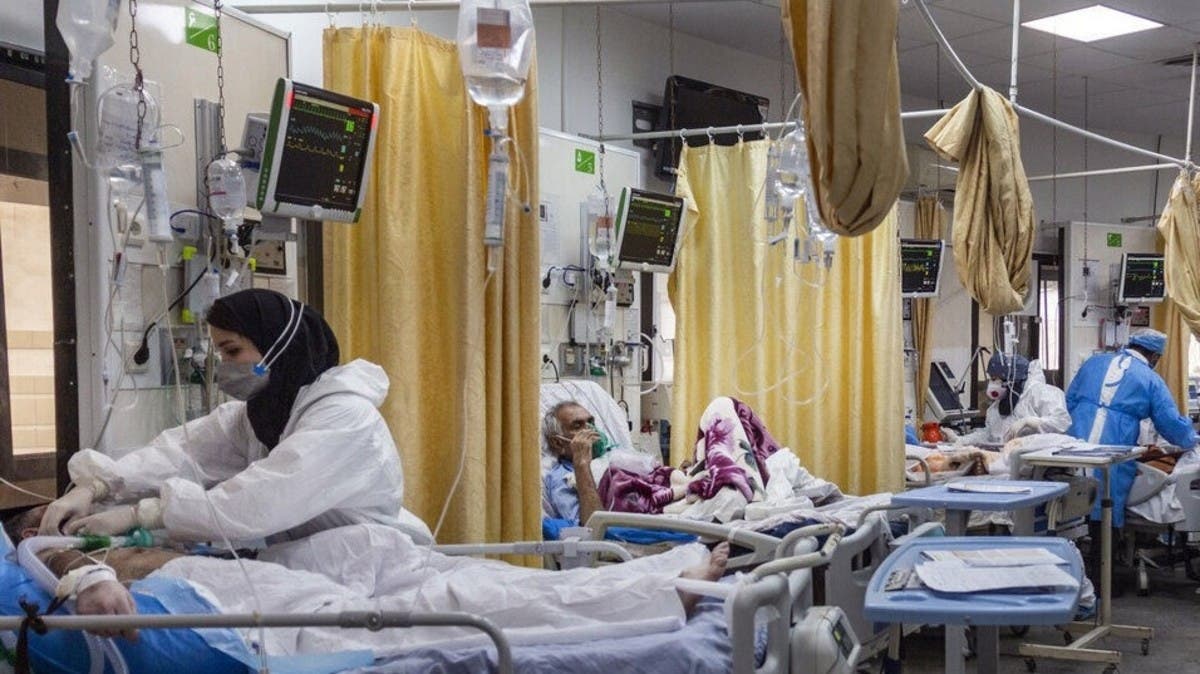 The number of daily COVID-19 deaths continues to rise as Iran experiences a fifth wave of infections due to the Delta variant. The number of daily confirmed deaths has consistently been over 500 this week, which is a new record. The previous high in the fourth wave was 496 deaths on April 26th.

Vaccinations have been occurring at a slow pace amid domestic mismanagement and difficulty in paying for vaccines. According to the Iranian Red Crescent, nearly 14 million Iranians have received one dose of a COVID-19 vaccine and nearly 3.5 million have received a second dose.

There has been renewed intense anger over Khamenei’s ban and the government overall for its mismanaged approach to the pandemic. In one video that has gone viral on Iranian social media, a woman is seen crying and mourning her husband’s death and blaming Khamanei for obstructing vaccine procurement.

Many Iranians have used the hashtag #SOSIran on social media to document the current COVID crisis in the country. There are reports that many hospitals are running out of basic medicines and that the daily death toll could soon reach 1200.

In his speech, Khamenei seemingly reversed his position on vaccines: “Vaccines, whether through imports or domestic production, must with double the efforts and in every way possible (or “in any form possible”) be acquired and made accessible to all the people.”

Jahanpour added the AstraZeneca vaccine has already been used in Iran. He said Iran has not imported Pfizer and Moderna vaccines yet but “there is no ban on them and they will be imported where possible.”

Khamenei in his speech also said the COVID-19 situation in the country is “extremely tragic” and expressed “great worry” about fatigue among Iran’s healthcare professionals. Khamenei also rebuked foreign exporters of vaccines for not following through on their commitments to sell Iran vaccines even though Iran already paid for them. He did not specify which countries he meant.

Khamenei also talked about a shortage of medicines in Iranian pharmacies and hospitals. He said these same medicines are being sold on the “free market” with a price multiple times higher. He said this problem derives from “distribution networks” and must be resolved.

Meanwhile, Iranian officials have been blaming each other for failing to properly address the pandemic. Alireza Zali, the head of Tehran’s Headquarters for Confronting Corona, accused Iran’s diplomatic apparatus of failing to procure vaccines. He also said authorities had “hidden the real number of fatalities” from the WHO and said the government has not been willing to pay enough for vaccines.

Other officials rebutted Zali’s remarks. Zarif said that he had procured vaccines from China last year but that authorities in Tehran rejected them because they said, “Iranians are not lab mice.”

Zarif also said higher-up authorities in Tehran rejected his procurement of 20 million vaccines from Europe. He did not mention which institution in Iran rejected these vaccines.

Meanwhile, the head of the Iranian Red Crescent says his organization could have begun importing vaccines last February but did not receive a license. He said this delayed vaccine procurement by three months.

Ebrahim Raisi has submitted his list for the government’s 19 ministries to parliament for approval. The list was submitted to Parliamentary Speaker Mohammad Bagher Ghalibaf on August 11th. The parliament will officially receive the list on August 14th, and then will have one week to review the nominees and vote on their approval.

The ministers Raisi has selected hail from the conservative camp and are expected to be approved by parliament. The ministers he has selected for key national security posts include Hossein Amir-Abdollahian for Foreign Minister, Ahmad Vahidi for Interior Minister, and Esmail Khatib for Intelligence Minister. Many of the ministers previously also held posts in the Ahmadinejad administration.

Other key appointees by Raisi include Gholam Hossein Esmaili as his chief of staff and Mohammad Mokhbar as his first vice president. Esmaili was previously the judiciary’s spokesperson. Mokhbar is the former head of the Execution of Imam Khomeini’s Order, or Setad, a large charity that is under the oversight of Khamenei’s office.

President Raisi had an hour-long call with French President Emmanuel Macron. They reportedly discussed the JCPOA and regional issues.

Macron called on Iran to return to the Vienna talks and comply with the JCPOA. He also talked about securing the region’s waterways and the situation in Lebanon and Iraq.

Raisi called on the U.S. and Europe to return to their JCPOA commitments. He said in “any negotiations” the rights of the Iranian people must be recognized.

The last round of Vienna negotiations on restoring the JCPOA ended on June 20th. A date for the next round has not been announced, though Iran has said it will return to Vienna.