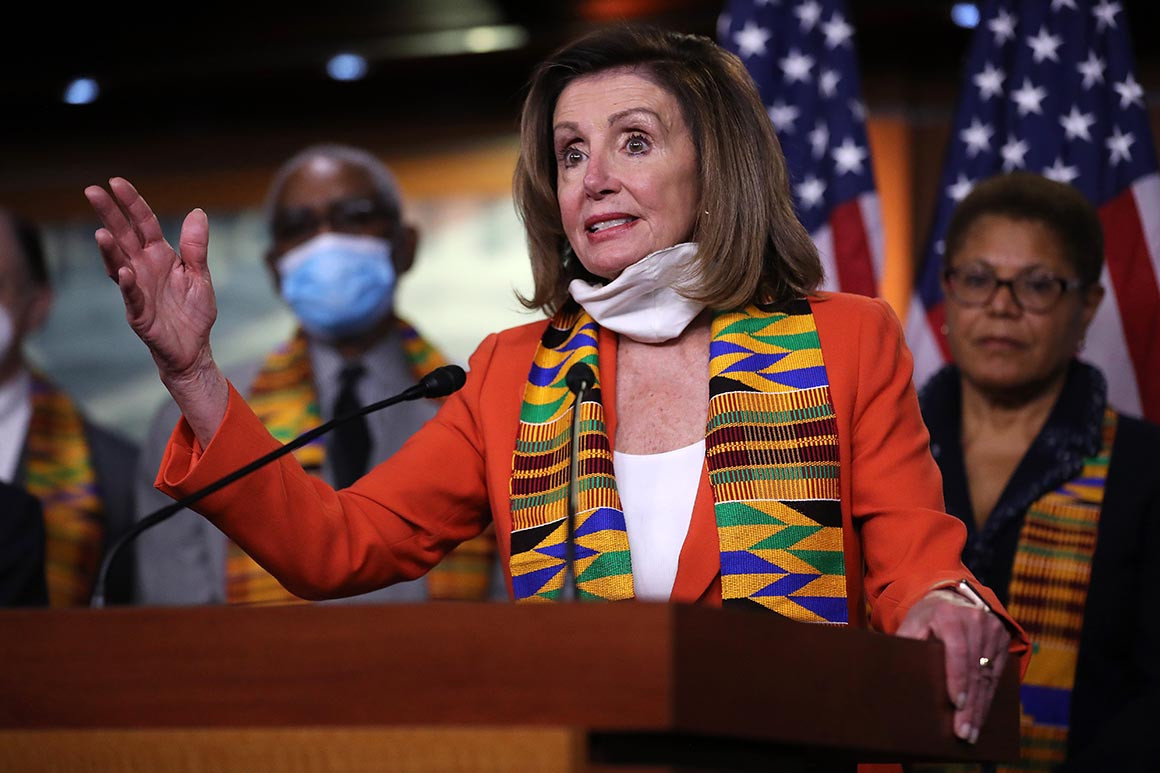 Police Reform Inching Forward In Congress in Wake of Protests

Washington, DC – Over the last few weeks, the murders of George Floyd, Breonna Tayor, Tony McDade and Ahmaud Arbery sparked nationwide protests against the racism and police brutality that habitually targets the Black community. These killings reinvigorated a movement demanding protections for black lives by fundamentally reshaping law enforcement in the United States. Hundreds of thousands of protesters in thousands of American cities have taken to the streets, braving some violent and jarring backlashes from police forces, to demand justice. Now, the Democratic-led House, the Republican-led Senate, and the Trump administration are offering proposals to reform policing. While many of the proposals included in the Democratic bill have been supported by movement leaders as a good first step, Republicans’ proposals have been criticized as falling far short of fundamental change.

On June 9th, Democratic lawmakers in the House of Representatives unveiled a comprehensive police reform bill that included many items activists have sought, but stopped short of proposals that would drastically re-think policing or “defund the police” as many advocates have called for. The Justice in Policing Act of 2020 includes a national ‘use of force’ standard,’ bans chokeholds, establishes a national database to track police misconduct, prohibits no-knock warrants for drug offenses, limits ‘qualified immunity’, and restricts the free transfer of most military equipment to police departments.

The bill currently has over 200 cosponsors, although slight changes to the bill are expected as advocates pushing for more comprehensive changes. One in particular includes the fate of the 1033 program, which enables the transfer of military grade weapons and equipment to police for free. While the Justice in Policing Act limits these transfers, activists have called on the program to be scrapped completely. Concerns over ‘qualified immunity,’ which protects police officers from legal actions, persist. Advocates have insisted that this doctrine should be repealed, something akin to the Qualified Immunity Act. But this major ask did not make the final bill.

The Leadership Conference, which led a letter NIAC signed on to calling for comprehensive changes in policing in America, joined the Lawyers’ Committee for Civil Rights Under Law, NAACP, National Urban League, and the National Action Network in supporting the legislation. The groups noted that, “the bill takes on critical issues such as redefining police misconduct, establishing a national use of force standard, increasing the U.S. Department of Justice’s authority to prosecute misconduct by law enforcement officers, and more. This legislation makes clear that police brutality, misconduct, harassment, and killing have no place in America.” The ACLU, however, remains officially neutral on the bill, saying in a statement that, “the bill introduced today takes significant steps to protect people and ensure accountability against police violence. But the legislation also provides hundreds of millions more to law enforcement, and for the ACLU, that’s a nonstarter.”

On the other side of the aisle, Senate Majority Leader Mitch McConnell rejected the idea he would bring the Democratic proposal onto the Senate floor if it passed the House, saying it “is going nowhere in the Senate,” and categorized it as a “typical Democratic overreach.”

On Wednesday, June 17th, Republican Senators unveiled their own legislation, led by Sen. Tim Scott (R-S.C.). The Justice Act would discourage, but not ban, tactics such as chokeholds and no-knock warrants, in contrast with the more forward-leaning bill put forward by Democrats in the House. The bill would require police departments to report all officer-involved deaths to the FBI and encourages a more expansive use of body cameras. At the press conference unveiling the legislation, Sen. Lindsey Graham (R-S.C.) said he is “more hopeful than before” that the two parties can come to an agreement that can become law. Republicans referenced that the bill “might” be on the floor for a vote as early as next week.

As Congress continues to hash-out its legislation, President Trump signed an Executive Order on June 16th concerning police reform in the wake of Floyd’s murder. The order calls on U.S. Attorney General Bill Barr to condition the allocation of discretionary grants to State and local law enforcement agencies who meet certain standards on training and other criteria. Trump’s order would also create a national database cataloging officers who have consistent records of instances of excessive use of force. Moreover, it aims to provide local governments support in developing training programs for police officers handling encounters with those suffering from mental health issues, homelessness and addiction.

In response to Trump’s order, Speaker Nancy Pelosi rejected it as a serious effort to meet the moment. She said in a statement that, “the President’s weak Executive Order falls sadly and seriously short of what is required to combat the epidemic of racial injustice and police brutality that is murdering hundreds of Black Americans.”

Calls to “defund the police,” which is the leading demand from the Movement for Black Lives, are not reflected in the Congressional proposals. This phrase is often used as shorthand for urging governments to rethink how they fund their cities and ask leaders to cut funding for police departments and reinvest that money into communities of color, social services, and education.

Some states and localities are already heeding the call. Los Angeles Mayor Eric Garcetti has submitted a proposal that would cut between $100 – $150 million from the Los Angeles Police Department’s budget. San Francisco’s mayor has pledged to do the same but has yet to give a precise figure. In the most comprehensive reform to date, Minneapolis, the city where George Floyd was murdered, the City Council unanimously voted in favor of replacing the city’s local police department with a community-led model.

Prospects for the Future

Despite the complex contours of  issues, protests look set to continue. In celebration of “Juneteenth,” on June 19th – marking the anniversary of when federal orders ending slavery were publicly pronounced in Galveston, Texas – protests are expected to draw out thousands of demonstrators across the country. Also, Reverend Al Sharpton announced that in late August, there will be a new ‘March on Washington’ on the same day as Martin Luther King, Jr.’s speech in front of the Lincoln Memorial 57 years ago.

While there is much overlap in the Democratic proposal with that of many activists, Republicans efforts fall short of substantial change that demonstrators have demanded. Democrats have been bolder, but still must navigate Republican red lines and moderate factions of their own party who are uneasy about expansive overhauls and calls to reallocate funds from policing. Despite all this, there is still a significant possibility that some legislation will reach the President’s desk. But these efforts will most likely fall short of those in the streets demanding change.