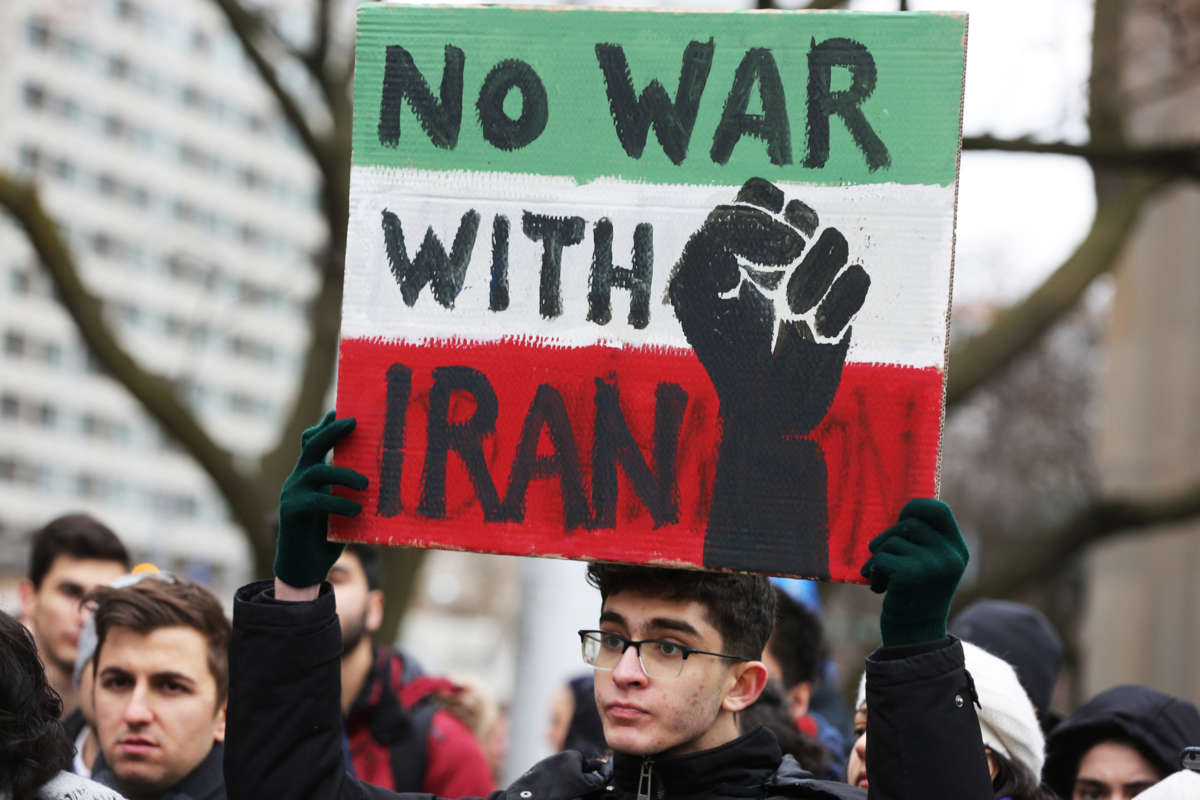 Washington, DC – Over 100 organizations, experts and former officials rallied to the defense of the National Iranian American Council and its sister organization, NIAC Action, after three extreme partisan Senate war hawks questioned the organization’s allegiances. NIAC is an American organization that for nearly two decades has been a leading voice in the effort to prevent war with Iran and to protect civil liberties of Iranian Americans. Most recently, NIAC has been at the forefront of efforts to get answers after over sixty Iranian Americans, including young children, were held at the U.S.-Canada border overnight for up to 11 hours and questioned about political beliefs amid heightened risks of war with Iran.

On Wednesday, amid these dangerous tensions and rising fears among Iranian Americans about threats to their civil liberties here at home, Senators Tom Cotton, Ted Cruz, and Mike Braun sent a letter to Attorney General William Barr urging for an investigation of NIAC for potentially acting as “foreign agents.” Organizations including Ploughshares Fund, VoteVets, Win Without War, and prominent experts and former officials like Iranian-American author Reza Aslan, former special assistant to President Obama Robert Malley, and Larry Wilkerson, former Chief of Staff to Secretary of State Colin Powell signed onto a joint letter condemning this baseless attack. NIAC’s initial statement regarding the Cotton, Cruz, Braun letter, is available here.

The full joint solidarity statement is below and can also be found here.

That is why we are deeply disturbed by the letter from Senators Tom Cotton, Ted Cruz and Mike Braun insinuating that this Iranian-American organization has dual loyalties, is somehow less American than other organizations in this space, and should be subject to a Justice Department investigation. While these Senators may have profound differences in opinion with NIAC, particularly on the question of escalation and potential war with Iran, the Justice Department is not the forum to resolve those debates. Such McCarthyite tactics have no place in our political process or our national discourse, and risk turning our Justice Department into a political tool to intimidate and silence voices that disagree with whichever administration is in power. The fact that three United States Senators would engage in such meritless, slanderous, and dangerous practices is deeply disturbing. We are concerned that this will not stop with their attack on NIAC and that everyone involved in contentious policy debates, regardless of political persuasion, will be at risk if such tactics succeed. We strongly urge that the three Senators retract their letter and apologize.

We are proud to stand with NIAC and fundamentally reject the letter from Senators Cotton, Cruz and Braun that represents an attack on our democracy.

Lawrence B. Wilkerson
Former chief of staff to Secretary of State