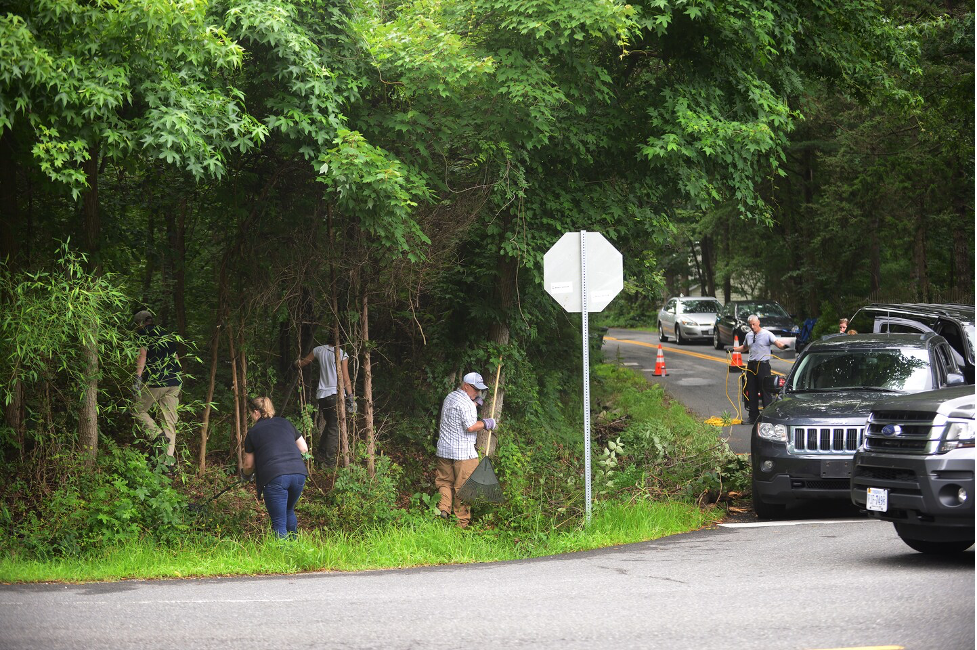 45 human rights, progressive, faith, and government transparency organizations, representing millions of members across the country, including Amnesty International USA, MoveOn, National Iranian American Council, NETWORK Lobby for Catholic Social Justice, Project on Government Oversight, and Working Families Party sent a letter to Attorney General Merrick Garland calling on the Department of Justice to give the case against the two U.S. Park Police officers who killed 25-year-old Iranian-American Bijan Ghaisar of Fairfax County, Virginia, during a traffic stop in 2017, the full and fair consideration that it did not receive under the Trump Administration. Bijan Ghaisar was the victim of a fender bender, was unarmed, committed no crime, and was chased by two U.S. Park Police officers who shot at him 10 times as his car slowly moved away from them.

The letter states “We write to urge the Department of Justice to give this case the full and fair consideration that it did not receive under the Trump Administration… Moreover, this administration has expressed a genuine commitment to criminal justice reform, accountability, and racial equity. Few cases touch on these issues as squarely as this case does. We urge you to speak with the individuals who investigated this matter, consider the facts of the case, and act swiftly to take us a step closer to justice.”

“I appreciate these organizations that have displayed such leadership in advocating for equal justice under the law speaking out to insist that the Justice Department reopen the case against the U.S. Park Police officers who killed Bijan Ghaisar,” said Fairfax County Commonwealth’s Attorney Steve Descano. “Americans of all stripes understand that the Ghaisar family deserves to know that no stone has gone unturned in seeking answers for the killing of their son. I hope that Attorney General Garland, who has restored integrity to the Department where I started my legal career, will now act.”

“It’s simply unacceptable that four and a half years later, Bijan Ghaisar’s family and the community have seen zero accountability and are still crying out for answers,” said Yasmine Taeb, a human rights lawyer and progressive strategist. “This administration has expressed a sincere commitment to criminal justice reform and accountability, and we hope that we see a new era of accountability and urge the Justice Department to take us a step closer to justice by reconsidering the decision made by Trump Administration appointees to decline prosecuting the Park Police officers who killed Bijan Ghaisar.”

“Like so many other victims of police violence, Bijan Ghaisar should be alive today,” said Justin Mazzola, Researcher at Amnesty International USA. “In the available video evidence, he never presented an imminent threat of death or serious injury to the officers to warrant the use of lethal force as is required under international law. His family has now been failed for nearly five years by both federal and state authorities. We urge the DOJ to re-examine this case and provide long overdue justice for the Ghaisar family and meet its obligations of accountability and redress as is required under international law.”

“This is about justice not just for the Ghaisar family but for all of us who refuse to live in a society where an innocent young person’s life can be robbed from him by the state with no recourse,” said Jamal Abdi, President of the National Iranian American Council. “It is critical that the Justice Department step up and provide accountability for Bijan’s murder and not allow politics to subvert justice.”

“It has been nearly five years without justice for Bijan Ghaisar, who was killed by U.S. Park Police during a traffic stop,” said Min. Christian S. Watkins, Justice Systems Reform Government Relations Advocate at NETWORK Lobby for Catholic Social Justice. “Bijan Ghaisar paid an unthinkable price for the twin evils of racism and police violence. Why must traffic stops of minoritized persons continue to turn fatal? What will it take for law enforcement to be held accountable? At NETWORK Lobby for Catholic Social Justice, we are committed to dismantling white supremacy and systemic racism. We pray for justice and peace for the Ghaisar family, and urge the U.S. Department of Justice to give this case the full and fair consideration it deserves.”

“The recent decision of Virginia Attorney General Miyares is an insult to the Ghaisar family and everyone who has been fighting for accountability for Bijan’s senseless murder,” said Dr. Niaz Kasravi, founder of the Avalan Institute. “The decision tells us that the new Virginia Attorney General will go out of his way to protect and even commend law enforcement who senselessly murder unarmed people, even in the face of videotape evidence of their misconduct. We deserve better and Bijan deserves justice – this fight is not over.”

“Beyond the horror of Bijan’s killing in November 2017, there remains the cruel indifference of the U.S. Park Police, the FBI, and now Virginia’s new attorney general,” said Collette Flanagan, founder of Mothers Against Police Brutality. “We urge Attorney General Merrick Garland to take up the case of Bijan Ghaisar. Justice demands it.”

The letter, and the full list of signers, can be accessed here, and is also included below.

The Honorable Merrick B. Garland

On November 17, 2017, two United States Park Police (USPP) officers shot and killed Bijan Ghaisar, a twenty-five-year-old unarmed accountant who had just been rear-ended by an Uber driver. Four and a half years later, the community is still crying out for answers.

Despite an extensive investigation by the Federal Bureau of Investigation (FBI) into the shooting, the Trump Administration refused to seriously explore the prosecution of the officers for their actions. The investigative file, which consisted of over 10,000 documents, was transmitted by the FBI to the Commonwealth’s Attorney’s Office in Fairfax County so that the Commonwealth’s Attorney could decide whether there were any violations of state criminal law.

In October 2020, the Fairfax Commonwealth’s Attorney convened a special grand jury in Fairfax County Circuit Court. The investigative grand jury heard evidence in the case and indicted both U.S. Park Police officers for involuntary manslaughter and reckless handling of a firearm.

However, given that the officers were federal agents at the time of the shooting, they removed the case to federal district court. On October 22, 2021, Judge C. Hilton granted the officers’ motions to dismiss the case based upon Supremacy Clause immunity. He did so without citing a single law or case, and without citing a single fact from the record. The dismissal was based solely on Supremacy Clause immunity – the court never reached a decision on the merits of the case.

We write to urge the Department of Justice to give this case the full and fair consideration that it did not receive under the Trump Administration. A federal prosecution would not be subject to challenge under the Supremacy Clause. Moreover, this administration has expressed a genuine commitment to criminal justice reform, accountability, and racial equity. Few cases touch on these issues as squarely as this case does. We urge you to speak with the individuals who investigated this matter, consider the facts of the case, and act swiftly to take us a step closer to justice.

Center for Victims of Torture

National Priorities Project at the Institute for Policy Studies

US Council of Muslim Organizations (USCMO)