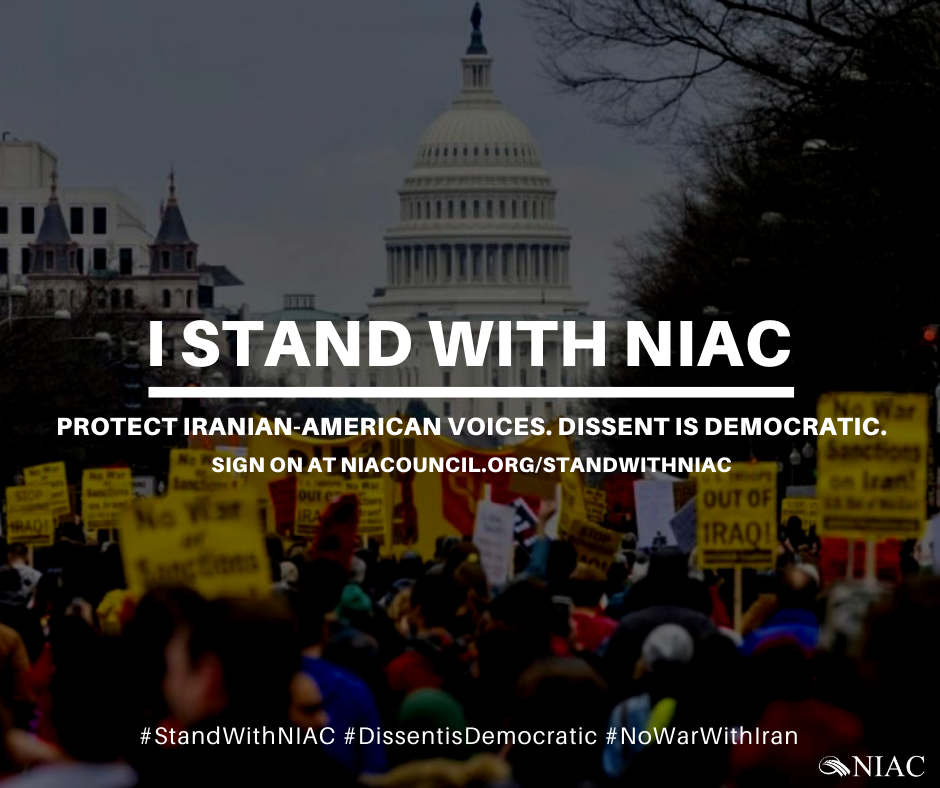 Letter of Solidarity Standing with NIAC

We are deeply disturbed by the letter from Senators Tom Cotton, Ted Cruz and Mike Braun insinuating that this Iranian-American organization has dual loyalties, is somehow less American than other organizations in this space, and should be subject to a Justice Department investigation. While these Senators may have profound differences in opinion with NIAC, particularly on the question of escalation and potential war with Iran, the Justice Department is not the forum to resolve those debates. These tactics have no place in our political process or our national discourse, and risk turning our Justice Department into a political tool to intimidate and silence voices that disagree with whichever administration is in power. We are concerned that everyone involved in contentious policy debates, regardless of political persuasion, will be at risk.

We are proud to stand with NIAC and commend its essential contribution to the public debate.