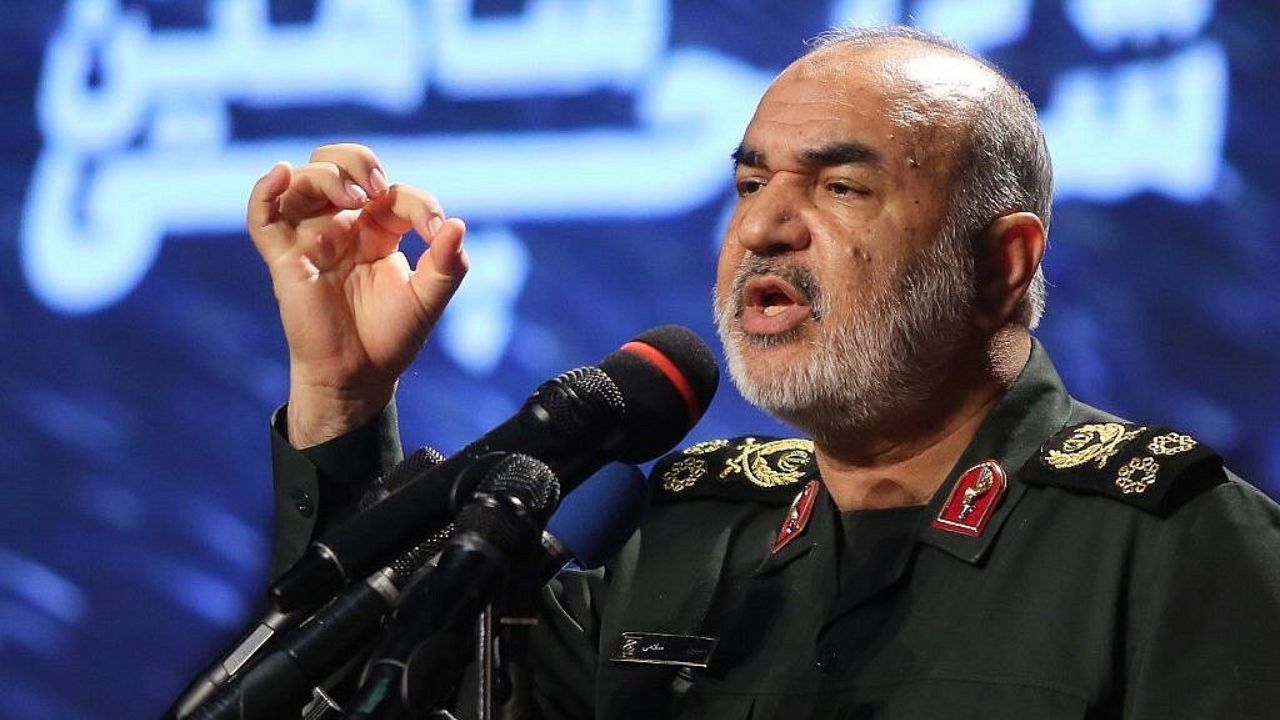 Week of May 3rd, 2021 | Iran Unfiltered is a weekly digest tracking Iranian politics & society by the National Iranian American Council

Hossein Salami, the commander of the IRGC, gave a TV interview where he talked about what he says are Israel’s security vulnerabilities. Salami said Israel’s “security system” was “fragile and vulnerable” and that the “bubble of Israel’s national security has burst.”

Salami said Israel has faced “enormous damages.” He said developments in recent months show that Israeli “shipping is vulnerable everywhere in the world.” He added that Israel’s “maritime trade can be seriously disrupted very easily.”

Salami also talked about a recent explosion at an Israeli missile factory. He said this facility produced satellites and described the incident as a “balloon” that was popped by a needle. He said this was part of a “domino” effect.

Salami then talked about other “dominos,” including an explosion at a petrochemical facility in Haifa, cyberattacks against 80 Israeli companies, an explosion at Ben Gurion airport, and an alleged attack on a Mossad base in Erbil, Iraq. Salami did not claim Iran was behind these incidents but emphasized that Israel was vulnerable and stated: “The first blow can be the final blow [against Israel] … this [Israeli] regime can be destroyed with one operation.”

Recently, Mohammad Bagheri, the chief of staff of Iran’s Armed Forces, also talked about the “targeting of Israel’s atomic facility.” Bagheri was referring to an explosion near Israel’s Dimona nuclear facility, which the Israeli military attributed to an errant anti-aircraft missile fired from Syria.

Bagheri stated: “The actions of the past several days and future actions will make Israel wise.”

President Rouhani promised in his weekly cabinet meeting that U.S. sanctions would be lifted by the time he leaves office in August. Rouhani stated: “If the other side fully abides by the law, these negotiations will end quickly.”

Rouhani added: “I as the president proclaim to the people that sanctions have been defeated. If we all unite, the sanctions will be lifted soon. Why? Because the other side knows it has no choice but to return to the law and JCPOA commitments.”

Rouhani also pledged that all Iranians would receive COVID-19 vaccines by the end of July. He said “tens of millions” of additional vaccines would be imported over the next several weeks and that Iran’s indigenous vaccines would also begin production and use.

Ayatollah Khamenei rebuked Foreign Minister Zarif over comments he made in a leaked tape. As covered in last week’s issue of Iran Unfiltered, the tape spurred immense controversy over Zarif’s comments on the role of the military and diplomatic fields in Iranian foreign policy and the actions of the late Qassem Soleimani, the former commander of the IRGC’s Quds Force.

Khamenei indirectly reprimanded Zarif. He stated: “These days from some officials in the country you hear words that are surprising and regretful.”

Khamenei said Zarif’s remarks were a “great mistake.” He said they were a “repetition of the hostile remarks of our enemies” and “some of these remarks are a repetition of America’s words.”

In a post on Instagram, Zarif said Khamenei’s remarks are the “final word and the endpoint for expert discussions.” He added that “following the views and decisions of the leader is an undeniable necessity for foreign policy.” In an earlier post on Instagram, Zarif had also apologized that some of his “personal views” were published with the leaked tape.

The Guardian Council has set new criteria for who is eligible to become a presidential candidate. The Guardian Council is a constitutionally mandated body in the Islamic Republic composed of six clerics appointed by Ayatollah Khamenei and six jurists nominated by the head of the judiciary. The Council vets legislation passed by parliament and candidates seeking political office.

These new criteria further limit which Iranian citizens can run for president. The new required conditions include: having a graduate degree or higher; having at least four years of managerial experience at the level of a governmental minister, governorship of a province, mayorship of a city with a population of two million or more, or a military commander with the rank of major general or higher; having no criminal record, and being between the ages of 40-75.

These new criteria rule out several prospective candidates. This includes reformist activist Mostafa Tajzadeh, who has said he will run but was a political prisoner for seven years from 2009 to 2016. It also rules out Mohammad Javad Azeri Jahromi, the 38-year-old IT minister in Rouhani’s cabinet who many speculate wanted to run for president. According to conservative activist Mohammad Mohajeri, it also rules out the candidacy of former IRGC commander Saeed Mohammad, who Mohajeri says does not have the required managerial experience. However, supporters of Mohammad deny he lacks this criterion.

The Guardian Council’s imposition of these new criteria so close to the election has led to strong criticism. Many say the action contradicts Iran’s constitution and that the parliament must approve such changes.

The Guardian Council has historically banned many reformists from seeking political office and has helped give conservatives an outsized presence in the political system. In recent elections, former presidents such as Hashemi Rafsanjani and Mahmoud Ahmadinejad have been barred by the Council from seeking the presidency again.

Azar Mansouri, the spokesperson for the Reformist Front organization, said the Guardian Council’s action was “illegal.” She said the Rouhani administration “should not accept this illegal decree.”

Meanwhile, Mostafa Tajzadeh said in a tweet that the Guardian Council’s action “tramples on the constitution.” He said they make “reforming the system extremely difficult and impossible.” He said “silence” the face of this action was equivalent to “betraying” Iran.