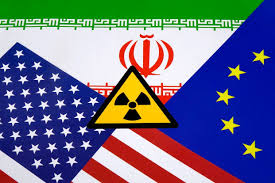 Ayatollah Khamenei said Iran will reciprocate U.S. actions on returning to the JCPOA. In a televised speech, Khamenei said about Iran’s distrust of the U.S.: “We have heard many good words and promises, which in practice have been violated and their opposite came to be.”

Khamenei proclaimed in this regard: “Words are useless. Promises are useless. This time only action. If we see action from the other side, we will also take action.”

Rouhani also discussed Iran ceasing implementation of the additional protocol to its IAEA safeguards agreement. Iran is due to cease compliance with this provision of the JCPOA that gives nuclear inspectors heightened access to Iran’s nuclear program, in accordance with a bill passed by parliament in December that mandates lowering compliance with the JCPOA.

Rouhani said Iran will not be expelling IAEA nuclear inspectors from the country but reducing their level of access. He added that the Islamic Republic “does not seek hidden nuclear activities.”

Foreign Minister Zarif also talked about the additional protocol in an interview with Iranian television. Zarif suggested that any positive gestures from the U.S. would be helpful.

Zarif said while talking about the additional protocol issue: “It is the Americans who must implement their commitments. If they want to take positive steps, we will pay attention to their steps.”

Zarif also provided clarity on how Iran will seek to “verify” that the U.S. has returned to JCPOA compliance. Ayatollah Khamenei said last week that Iran will return to its JCPOA commitments if the U.S. lifts all sanctions and Iran has “verified” this.

Zarif said on the verification issue: “This issue is easy. We need to be able to sell our oil and return the money to the country. We ourselves must decide how much oil we want to sell. The Americans cannot determine for us how much oil we should sell or create any conditions in this regard.  We cannot have any limitations in selling oil and returning the money from this to the country.”

Rouhani also said about the verification issue during his weekly cabinet meeting: “If they [the U.S.] remove the sanctions, tomorrow morning or afternoon we will be abiding by our commitments. We only need a few hours to see if the sanctions have really been lifted and to verify this and will then return to our commitments.”

In a separate speech on February 18th, Rouhani also said he was “hopeful” that the U.S. would return to “the law.” Rouhani said the U.S. should not view Iran’s parliamentary bill mandating nuclear expansion as a form of “pressure” against the Biden administration.

Rouhani said in this regard: “This propaganda that Iran is taking actions to put America under pressure is incorrect. We are not trying to tell America that in the face of our pressure it should take illegal actions, what we want is the law.”

Rouhani added: “There is nothing wrong with surrendering to the law and we should not be ashamed of this.”

President Rouhani had a phone call with Guy Parmelin, the president of Switzerland. According to the Iranian readout of the conversation, they talked about the JCPOA among other topics.

Rouhani told the Swiss president: “Tehran’s strategy towards the JCPOA is totally clear. The sanctions being lifted in practice and not just on paper by America will bring our return to implementing commitments which we reduced in line with the JCPOA.”

Rouhani added: “The ball is in America’s court. Whenever it sets aside its illegal sanctions in practice, everything will get on the right path.”

Switzerland officially represents U.S. interests in Iran. The Swiss have regularly acted as interlocutors between the two countries in the past.

Rouhani also had a call with German Chancellor Angela Merkel. Merkel told Rouhani she was “worried” about Iran’s “non-compliance” with the JCPOA.

Merkel told Rouhani “now is the time for positive signals for building trust” and having “successful diplomacy.” Rouhani repeated that the U.S. must first lift sanctions before Iran returns to compliance with the JCPOA and that non-nuclear issues will not be discussed as part of any JCPOA negotiations.

Qatar’s Foreign Minister Mohammed al-Thani also travelled to Tehran and met with Foreign Minister Zarif and President Rouhani. His trip came after al-Thani publicly said that Qatar seeks to facilitate a return to the JCPOA by the U.S. and Iran. Al-Thani had conversations with U.S. National Security Advisor Jake Sullivan and the State Department’s Iran envoy Rob Malley just before his trip to Iran as well.

In Iran, al-Thani delivered a message from Qatar’s Emir to President Rouhani. Iran’s Foreign Ministry spokesperson said Iranian officials had “close consultations” with al-Thani on a variety of issues.

Rafael Grossi, the Director General of the IAEA, is visiting Iran on February 20th. His trip comes on the eve of when Iran is set to suspend implementation of the additional protocol, which will reduce the access of IAEA inspectors to Iran’s nuclear program.

Kazem Gharibabadi, Iran’s Ambassador to international organizations, says Grossi will have “technical dialogue” with Iran on its decision to suspend implementation of the additional protocol. In a letter to the IAEA, Gharibabadi had said that Iran will stop complying with the additional protocol on February 23rd, in line with a parliament bill mandating further reductions in Iran’s compliance with the JCPOA.

Grossi has said he is going to Iran to find “solutions” to the “differences” that have emerged over Iran’s nuclear expansions.

Behnam Mahjoubi, an imprisoned member of the Sufi Gonabadi sect, is on life support in the hospital. Mahjoubi’s mother has been allowed to visit him in the hospital and, according to reports, he is on a ventilator and unconscious.

The 33-year-old Mahjoubi was arrested in early 2018 during protests by the Gonabadi Dervishes in Tehran. The Gonabadi sect has faced persecution by the Iranian government over the years. The 2018 protests were triggered by concerns that the leader of the Gonabadi sect, Noor-Ali Tabandeh, was about to be arrested. Five Iranian police officers were killed in clashes with the protestors during this time according to Iranian authorities, and “as many as five” protestors were killed according to an Australia-based Dervish activist.

Mahjoubi’s health has deteriorated over reported “drug poisoning.” The judiciary claimed in a statement he had a history of illness and became sick after overdosing on a medication.

Mahjoubi was first taken to prison on June 20th of last year. He was receiving medical treatment at the time. He was taken to the hospital last November.