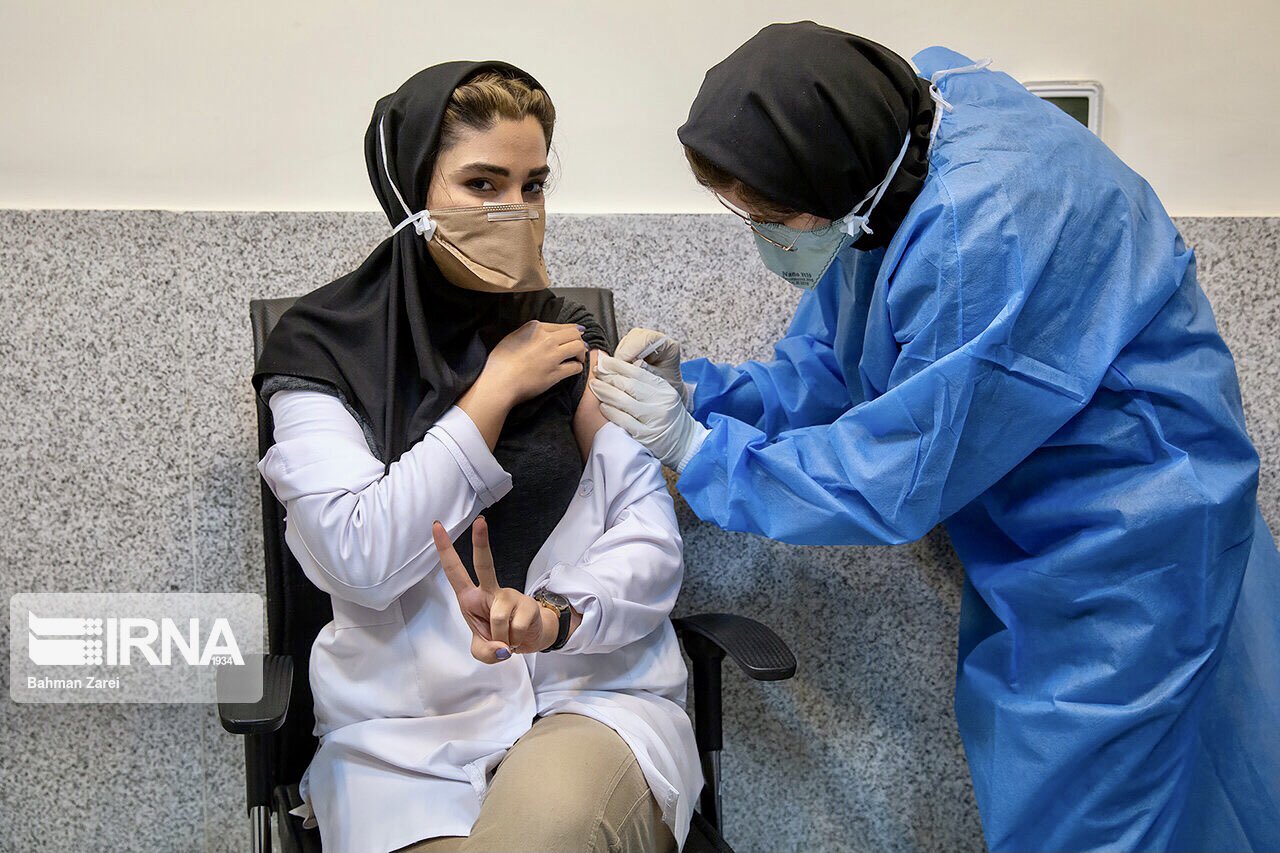 Officials Raise the Stakes on a JCPOA Return

Iran has begun COVID-19 vaccinations after importing a batch of Russia’s Sputnik V vaccines. Health Ministry officials have said the vaccines will first be available for healthcare professionals in intensive care units.

The Health Minister’s son was the first person to receive the vaccines before cameras. Health Minister Saeed Namaki says Iran has so far purchased 16.8 million vaccine shots from the WHO’s Covax program. This includes 4.2 million doses of the Oxford/AstraZeneca vaccine, despite Ayatollah Khamenei previously prohibiting “American and British vaccines.”

Alavi added: “If you corner a cat, it is possible that its behavior will be different than when it is free.”

Alavi’s comments were interpreted in Iran as a warning that Iran could pursue nuclear weapons if the JCPOA falls through. In Islam, especially Shia jurisprudence, what is deemed haram can become permissible if it is of utmost necessity or there is no other choice (such as eating pork when no other food is available).

Some Iranian analysts and officials echoed Alavi’s warning this week. Diako Hosseini, a director at the Rouhani administration’s think tank arm, stated: “The fatwa pronouncing nuclear weapons as haram has not changed, but the warning of Mr. Alavi is simple, far-sighted, and clear: if the result of building nuclear weapons is economic sanctions, and the result of not building them is economic sanctions plus threats of military attack [against Iran], maybe sharia and reason dictate the former option. This is the choice of America, not Iran.”

Alavi also said the Trump administration’s withdrawal from the JCPOA helped the advancement of Iran’s nuclear program. He stated: “Trump’s sanctions created many pressures for the Iranian people. But they were an opportunity for our nuclear industry. We have had major accomplishments in [nuclear] research and development that had to be tested. America’s exit from the deal and our reductions in compliance with the JCPOA created this opportunity for us to test our achievements.”

Alavi added that five days before the assassination, the ministry warned an assassination would be attempted against Fakhrizadeh at the location he was ultimately killed at. He said an individual from Iran’s “Armed Forces” aided the assassination operation “logistically.”

The Tasnim News Agency, affiliated with the IRGC, strongly criticized Alavi for his comments. It said regarding Alavi’s comments on the Fakhrizadeh assassination: “Making such controversial claims to an audience that cannot judge them or access classified details does not align with security principles at all. What does this have to do with prudence and what use does this have at all?

Tasnim accused Alavi of seeking to deflect blame from the intelligence ministry and blame other intelligence agencies in Iran.

Tasnim also said Alavi’s comments on Ayatollah Khamenei’s fatwa were “completely contrary to national interests.” It stated: “The opposition of the Islamic Republic and the Leader and Iran’s officials to the production and use of nuclear weapons is not hypocritical or meant to please and deceive Western diplomats, for someone now talk about building bombs in a special circumstance as a pressure tool.”

Ayatollah Khamenei laid out conditions for when Iran would go back into full compliance with the JCPOA. He stated: “Iran will return to its JCPOA commitments when America lifts all sanctions in practice, not through words or on paper. Iran must verify this lifting of sanctions. This is the definitive and irrevocable position of the Islamic Republic and is the consensus position of all officials and no one will deviate from it.”

Khamenei said that the U.S. and Europe “do not have the right to impose conditions” regarding the JCPOA on Iran. He said the U.S. never properly implemented its sanctions relief obligations under the deal. He stated: “They only temporarily lifted some sanctions for a very short period of time at first but later reimposed the sanctions and even increased them. So, they do not have the right to impose conditions. The side that has right to place conditions for continuing the JCPOA is the Islamic Republic of Iran. Because it abided by all its commitments from the beginning and the other side violated its commitments.”

Khamenei also talked about the January 6th attack on the U.S. Capitol Building by supporters of former President Donald Trump. He stated: “The recent scandalous incident in America is not a small issue and should not be viewed through the framework of the decline of one unfit president, rather, these events reflect the decline of America’s reputation, power, and social order.”

Khamenei added: “If something like what happened in America happened anywhere else in the world, especially countries that America has problems with, they would have never left them alone. But because they have a media empire they try to portray these events as being over even as they are not and they continue.”