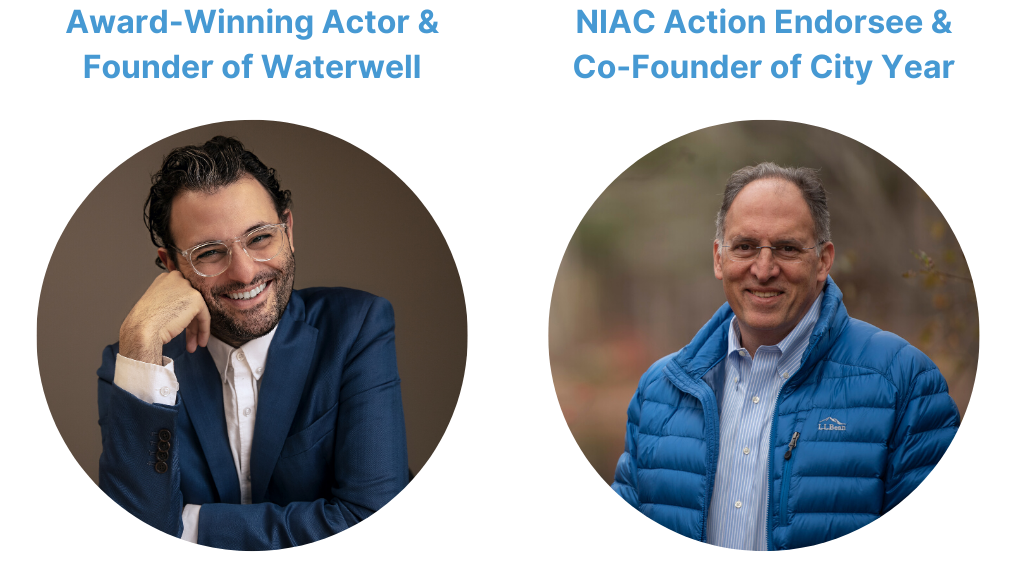 On May 19, 2020, NIAC Action hosted a fireside chat with award-winning actor Arian Moayed and Alan Khazei, City Year Co-Founder and candidate for Congress! Arian Moayed is an Iranian-born actor and the Co-Founder of Waterwell, a civic-minded and socially conscious theater and education company. Watch the recording of this event below as he interviews Alan Khazei, a candidate running for Massachusetts Congressional District 4 that has a strong chance of becoming the FIRST Iranian American elected to Congress.

Want to stay up-to-date on NIAC Action endorsed candidates like Alan? Sign up for your free NIAC Action membership today!

Iranian-born, Award-winning actor Arian Moayed is the co-Founder of Waterwell, a civic-minded and socially conscious theater and education company, as well as a Partner at the for-profit Waterwell Films. Recent Waterwell productions include The Courtroom, a reenactment of deportation proceedings in active legal spaces, The Flores Exhibits, a series of videos in which artists, lawyers, advocates, and immigrants read the sworn testimonies of children held in detention facilities at the U.S./Mexico border (flores-exhibits.org),  a dual-language Hamlet (Arian played the title role), as well as Fleet Week Follies. Fleet Week Follies is an annual festival of music, food, and kid-friendly activities, free to military service members and their families. In response to and in solidarity with the current health crisis, this year’s Fleet Week Follies will take place online.

At the Waterwell Drama Program, over 250 students per year receive world-class arts training and education in advocacy at the Professional Performing Arts School, all free of charge.

NIAC Action formally endorsed Alan in November and we confidently believe he has strong odds in his favor to become the first Iranian American in Congress this year.

Alan is leading the race in terms of fundraising, volunteer recruitment (reaching 500 volunteers), and national endorsements from the likes of General Stanley McChrystal and Congressman Jamie Raskin, as well as earning early support from Hollywood directors such as JJ Abrams and George Lucas. But in this highly competitive election, it is critical that Iranian Americans come together to support his historic campaign.

A social entrepreneur, a movement leader, and dedicated public service leader, Alan has a unique record of success:

Alan is also passionate about the issues impacting his fellow Iranian Americans, including eliminating the Muslim ban and pursuing a diplomatic solution to the challenges between the U.S. and Iran. These issues are personal to him. His father emigrated from Iran and became a surgeon, treating nearly 20,000 people, but today would be banned from coming here. Learn more about Alan’s foreign policies here: https://alankhazei.com/foreign-policy/