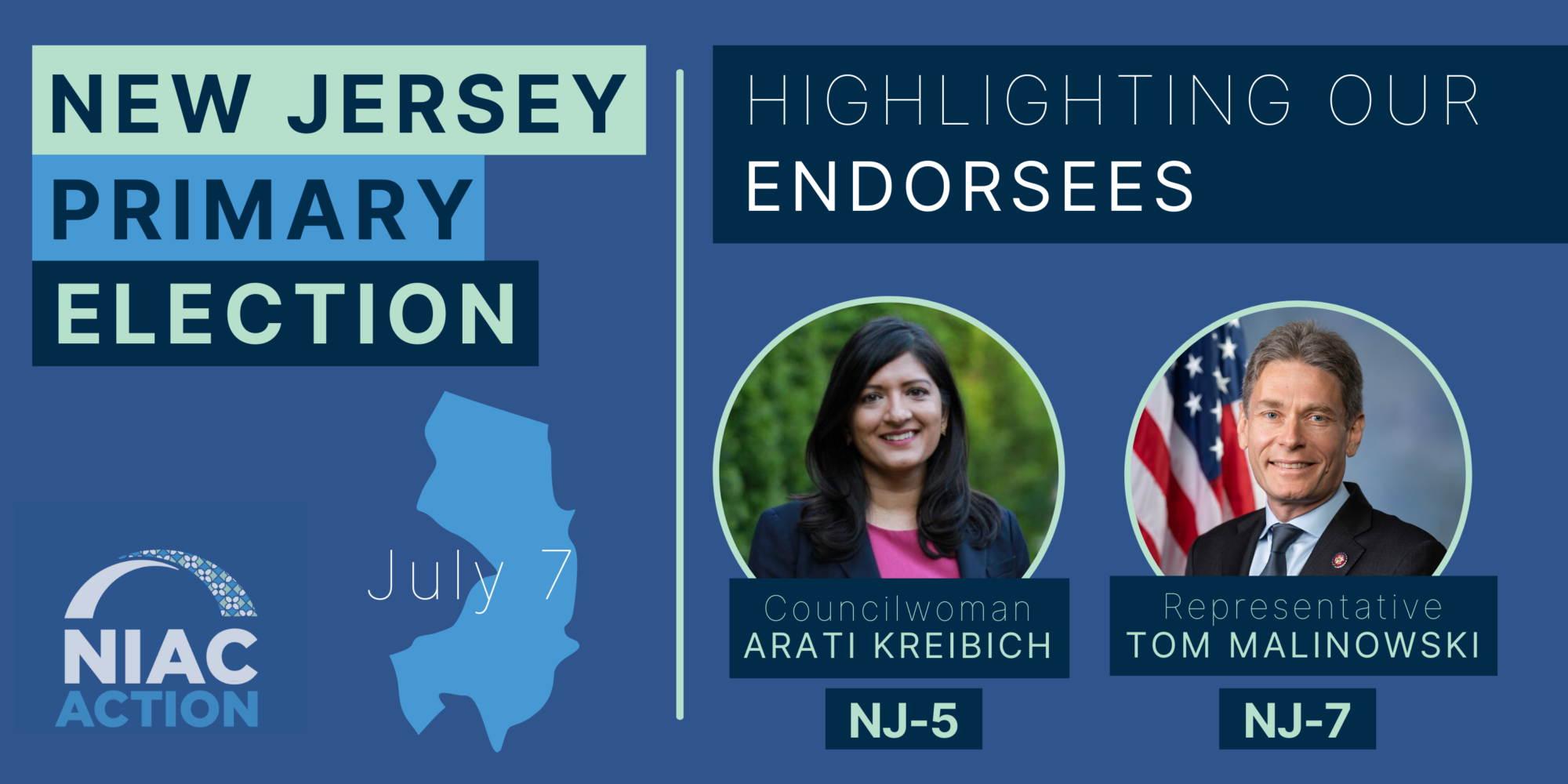 The state of New York saw a number of progressive primary victories last week, and a progressive foreign policy–most notably, the JCPOA–was a central issue on the campaign trail. Now in neighboring New Jersey, a number of races are also seeing foreign policy a major issue on the ballot. That’s why NIAC Action has decided to endorse a new candidate for Congress, who if elected, will be another champion for the Iranian-American community.

In NJ District-5, Dr. Arati Kreibich is challenging incumbent Rep. Josh Gottheimer, a conservative Democrat who flipped the district in 2016. Gottheimer has voted consistently with Trump on a wide range of issues, including border wall funding, JCPOA, and the Iran War Powers Resolution. Kreibich has made Gottheimer’s positions on immigration and foreign policy a point of contention, championing instead a progressive foreign policy agenda based on peace and human rights.

Kreibich’s endorsement follows House incumbent Tom Malinowski in NJ District-7, who NIAC Action endorsed last fall. Malinowski is facing a tough challenge in the general election from the likely Repubican opponent and the N.J. governor’s son, Thomas Kean, Jr. In the 2018 election, Malinowski beat five-term incumbent Republican Leonard Lance by 16,400 votes, securing 52% in a district that voted for Trump in 2016. Because NJ-7 is home to over 3,000 more Republicans than Democrats, the GOP is aiming to take back the seat with a pro-Trump candidate. Malinowski has been a leading opponent of the Muslim Ban and an influential voice on foreign policy issues such as the JCPOA. Malinowski has also called for a moratorium of U.S. sanctions on Iran during the coronavirus pandemic and spoke passionately on the House Floor for the Iran War Powers Resolution Act.

Sign up as a NIAC Action member today to receive exclusive updates about these candidates! >>

The New Jersey primary is on Tuesday, July 7, 2020. If you live in NJ, make sure to either mail your ballot or drop it off at a drop box location on or before election day. OR you can vote in person between 6 AM – 8 PM EST. You can check out the FAQs from the NJ Division of Elections here.