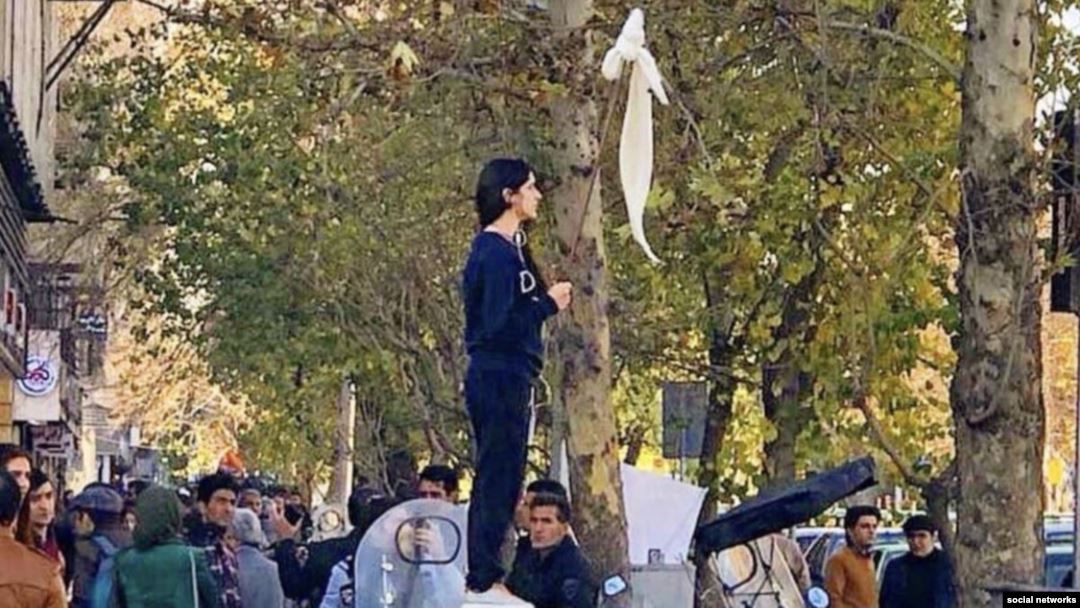 Vida Movahed, an Iranian activist who triggered anti-compulsory hijab protests last year by removing her headscarf and brandishing it on a stick, was recently sentenced to one year in prison.

According to her lawyer Payam Derefshan, Movahed’s was sentenced on charges of “encouraging corruption and prostitution to the public” in early March.

However, Derefshan says that she has since been paroled by the judge in her case and pardoned by Supreme Leader Ayatollah Khamenei. Despite this, she has yet to be released from prison.

Movahed, who is the mother of a 2-year-old child, was first arrested on January 21, 2018, after standing on an electricity box in Tehran’s Revolution Street and removing her headscarf. Although she was released soon after on January 27th, she started a wave of similar actions by other anti-compulsory hijab activists—who became known as the “Girls of Revolution St.”

Movahed was re-arrested on October 29, 2018, after standing on another platform in Tehran’s Revolution Square and holding balloons. Her sentence stems from this second arrest, according to her lawyer.