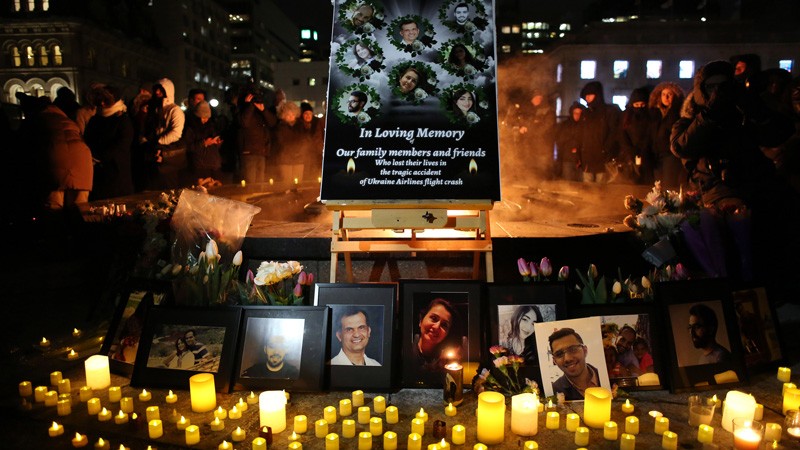 Human Rights Watch (HRW) is calling on Iranian authorities to cease prosecutions of protestors following the accidental shooting of a Ukrainian airliner in January, which killed 176 people. According to a report by HRW, at least 13 people have been given prison sentences for their participation in protests, which broke out in the country after Iranian officials finally admitted the passenger plane was shot down by IRGC forces.

Following a growing escalation towards conflict in the region, such as the U.S. assassination of Iranian general Qassem Soleimani, Iran’s armed forces carried out a retaliatory action against a U.S. base in Iraq. The overwhelming negligence of the state, and its decision to allow commercial flights to continue, led to the devastating downing of a plane full of civilians on January 8th, 2020. Making matters worse, Iranian officials denied their role in the plane’s crash for three days, until public and international pressure forced the government to admit responsibility for the tragedy.

With domestic and foreign pressures mounting in preceding months, Iranians have been forced to navigate a tremendous amount of stress and hardship. It is no surprise that following the egregious negligence by the government, its attempt to avoid blame, and the weight of this catastrophe, Iranians took the streets to express their rightful grievances. That any protestors would be prosecuted as criminals and sentenced to prison adds insult to injury. Iranians, like all people, must be free to assemble in protest, demand answers from their officials, and hold their government to account. Young students such as Mostafa Hashemizadeh and Amir Mohammad Sharifi should not be sentenced on spurious charges such as “propaganda against the state,” a broad accusation that the Iranian judicial system often uses to silence its citizens.

As Canadian Prime Minister Justin Trudeau aptly noted following the crash, U.S. escalation and an atmosphere of tensions between the U.S. and Iran contributed to this terrible loss of innocent life. However, regardless of outside pressures, Iranian officials are responsible for their own carelessness and attempts to evade guilt. Rather than attacking more innocent Iranians for their rightful protest, as HRW has urged, Iranian officials should “conduct a transparent investigation,” and hold officials accountable for their actions. Nothing can bring back the 176 civilians lost in the crash, but going after protestors only succeeds in damaging more innocent lives and compounding an already tragic situation.