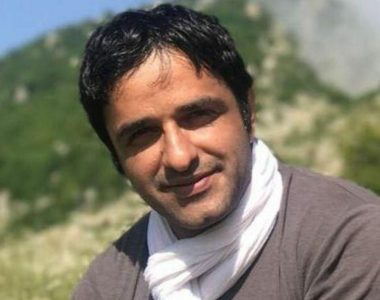 Just two weeks after the detention of well-known student activist Bahareh Hedayat, more prominent Iranian student activists have been reportedly detained by Iranian officials, including Zia Nabavi, Amirhossein Ali Bakhshia, and Ali Haghighat Javan. Though Hedayat was released on bail, these new arrests show growing repression and silencing of activist voices. Another growing concern is that, like Hedayat, Nabavi’s Twitter account appears to be suspended. Hedayat’s account was restored after her release, but was suspended when news of her detention broke.

Nabavi is a recognized figure in Iranian activism, who served over eight years in prison for his engagement in Iran’s 2009 protest movement. He has long advocated for more social and political freedoms in Iran, and has been a vocal critic of the state’s repression and human rights violations. Additionally, Nabavi has openly opposed threats of U.S. war and sanctions, and was among the many Iranian political activists who supported the Iran nuclear deal.

In fact, Nabavi recorded a message from prison in 2015 calling on Americans and U.S. lawmakers to support the deal as “the majority of Iranian citizens” had done. Drawing pressure from both sides, Nabavi stated that his support of the deal is “neither a validation of the injustices placed upon me nor an approval of the human rights situation in Iran.” In this respect, activists like Nabavi and Hedayat have illustrated their commitment to human rights values, peace and justice, no matter the source of their degradation.

While these young Iranian activists confront all forms of injustice to the Iranian people, they also continue to support each other. Nabavi broke the story of Hedayat’s recent detention and Hedayat quickly returned the favor with a tweet about Nabavi’s detention and a statement from other student activists. Iranian authorities must allow space for their citizens to assemble and protest, and allow the space for free speech and the expression of criticisms against the state. The continued detention of students and prisoners of conscience must be condemned.