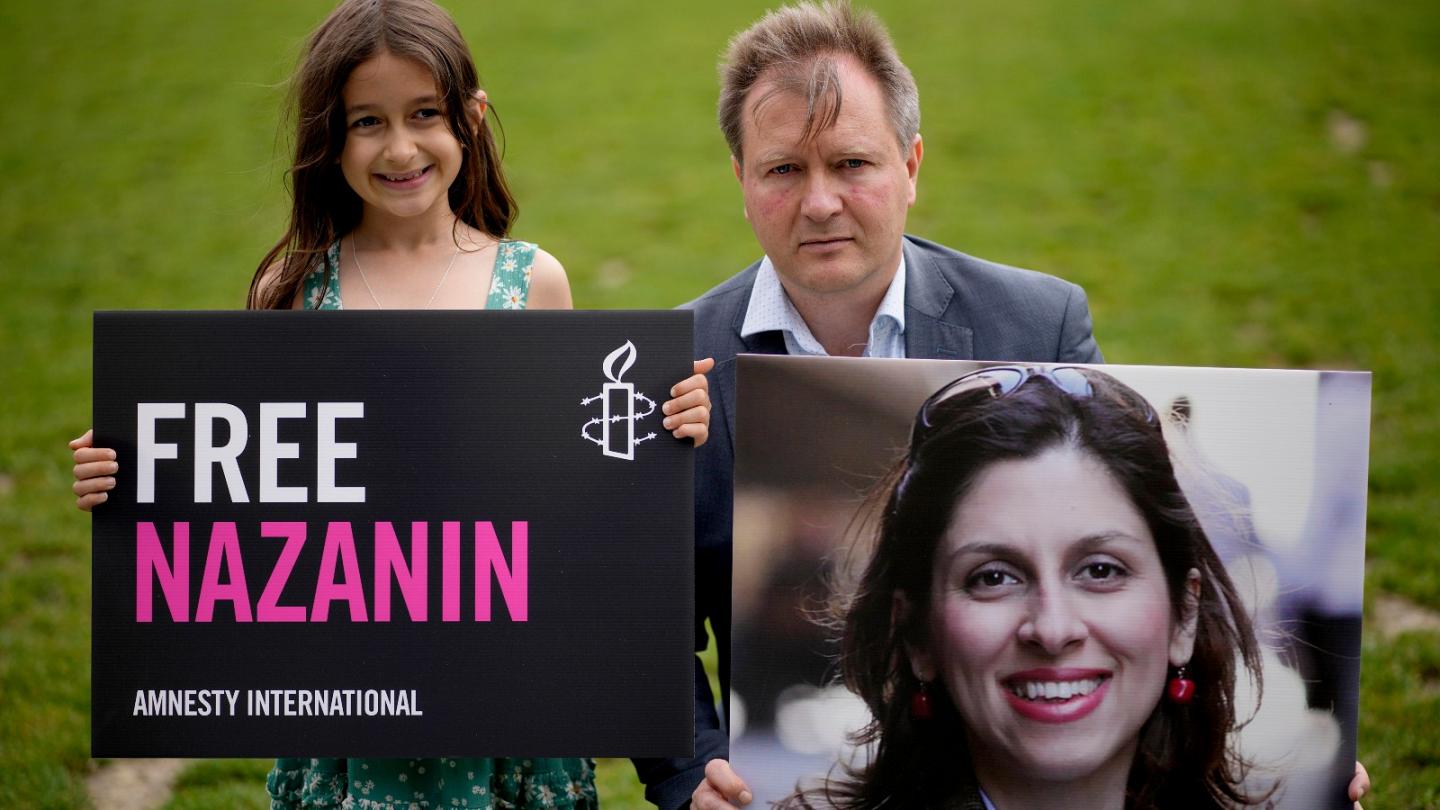 An Iranian appeals court has prolonged the unjust detention of British-Iranian dual national Nazanin Zaghari-Ratcliffe by a year, after it upheld an earlier verdict and sentencing. Her detention began in 2016 when she was arrested, jailed, and accused of plotting against the Iranian government. The one-year extension to her detainment initially came in an April verdict charging her with “spreading propaganda.” Given that Nazanin has already served her initial sentence, it is evident that these new charges are spurious and politically motivated. Richard Ratcliffe, her husband, and many others including human rights groups, see this as yet another example of the Iranian government imprisoning a dual national to use as a bargaining chip in unrelated diplomatic negotiations.

Of the many injustices Nazanin has faced was a case that lacked due process or evidence, and she has maintained her innocence throughout. She has even protested her baseless arrest through engaging in hunger strikes. Her husband believes that the absurd and appalling detention of his wife is over a debt owed by the United Kingdom to Iran over an unfulfilled order of tanks and does not believe she will get to fly back home until this debt is paid.

Nazanin has been deprived not only of her freedom, but also the chance to watch her daughter Gabriella—who was only 22-months old at the time and with her when she was arrested—grow up. The court even added a one year travel ban to her sentencing, which means she is not expected to see her 6-year-old daughter for another two years. Tulip Siddiq, a member of the British parliament representing Nazanin, has once again demanded that Prime Minister Boris Johnson act immediately to ensure Nazanin’s release and the end to her tragic saga. The Thomas Reuters Foundation, her former employer, has also called on the Prime Minister and Foreign Secretary Liz Truss to “step up diplomatic and political efforts to secure her freedom.”

Nazanin Zaghari-Ratcliffe must be freed immediately and allowed to travel back home to the U.K. where her family is waiting to see her after years of forced separation. There is no reason for her to suffer another day in prison or house arrest, be denied her freedom, and even be deprived of her daughter’s birthdays over a drawn-out diplomatic and geopolitical dispute between governments. Human beings are not bargaining chips and it is imperative that the Iranian government abide by their human rights obligations. Nothing can reconcile or atone for the many injustices that Nazanin has endured, but everyday her detention continues that injustice is prolonged.