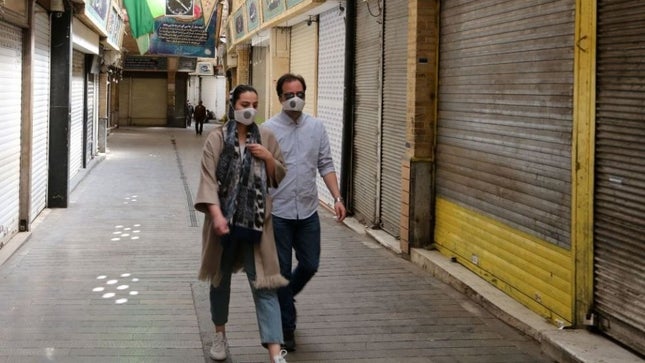 Though the wave of Coronavirus cases in Iran has recently declined, Iranians continue to die from the virus that has plagued the world. According to state officials, more than 5,000 Iranians have died, however, those numbers are likely much higher. Sanctions have impacted Iran’s ability to face the pandemic by hurting Iran’s public health sector, hindering the import of vital medicines and medical supplies, and crippling Iran’s economy, which has forced officials to ease stay-home restrictions, risking another spike in cases.

One preventative measure that is being extended is furlough for thousands of prisoners, in order to block the likely transmission of the virus in tightly held prison quarters. Iranian officials began temporarily releasing prisoners in early March, with some 10,000 being pardoned around the Iranian new year. Some of the temporarily released prisoners include high profile cases such as Nazanin Zaghari-Ratcliffe.

However, other notable prisoners of conscience and dual nationals, such as Nasrin Sotoudeh, Narges Mohammadi, Arash Sadeghi, and Ahmadreza Djalali remain unjustly detained and at risk of contracting the virus. On April 17, the UN’s Office of the High Commissioner on Human Rights (OHCHR) released a statement urging Iran “to expand its temporary release of thousands of detainees to include prisoners of conscience and dual and foreign nationals still being held despite serious risk of COVID-19 infection.” The OHCHR’s statement included the names above as well as others. The statement rightfully called on Iranian authorities to permanently release those who have been arbitrarily detained.

On April 19th, Iranian President Hassan Rouhani announced that furloughs would be extended for another month, but the prisoners of conscience named by the OHCHR remain in prison. Rouhani added that mosques and religious centers would remain closed for another 2 weeks, as some businesses were allowed to reopen this week. Iranian officials must continue all preventative measures to stop the spread of Coronavirus, permanently free all prisoners of conscience, and release unfairly held dual and foreign nationals.