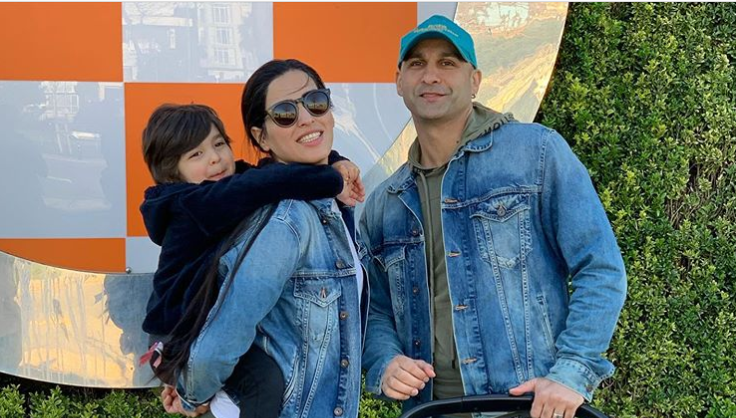 While Iranians endure internet filters and censorship, the popular social media site Instagram continues to be permissible. Like all social media, this has provided a space for people to share their stories with a larger audience and become well-known social influencers. One such couple in Iran, Ahmad Moin-Shirazi and Shabnam Shahrokhi, gained some recognition for their posts on sports, athletics, their two children, and life in Iran.

The couple left Iran in September of 2019, after being repeatedly harassed by Iranian authorities for the content of their posts, such as social and political commentary, and the appearance of Ms. Shahrokhi without a head covering, which is unjustly enforced on women in Iran. While Moin-Shirazi, also known as Picasso Moin, is a kickboxing champion, his popularity grew organically with that of Ms. Shahrokhi’s on their respective social media accounts. In addition to their posts on daily life, the couple also supported cultural and charitable initiatives through their social media platforms.

What would be considered the most ordinary and daily practices of a couple elsewhere, Iranian authorities have managed to criminalize in this case. Moin posted videos on Instagram to explain to followers what had transpired and why the couple felt forced to leave the country for their own safety. Moin shared the list of spurious charges against them, which included “propaganda against the state,” as well as “spreading corruption” and “spreading obscene content.” For these bogus charges, the couple was sentenced in absentia to 16 years in prison, lashes, and monetary fines.

As Moin and Shahrokhi explain, they are an average and modest couple who do not consider themselves political activists. This raises questions of why they would become targets of the state, which regularly and wrongfully goes after such activists. However, this case fits a senseless pattern of harassment, censorship, and repression by Iranian authorities in their attempts to control the social evolution of contemporary Iranian society. Despite the outrageous efforts of authorities to regulate all aspects of life, Iranian people continue to resist this oppression. Whether in the political, social, or economic realm, Iranians push these unjust boundaries through sheer will and agency.