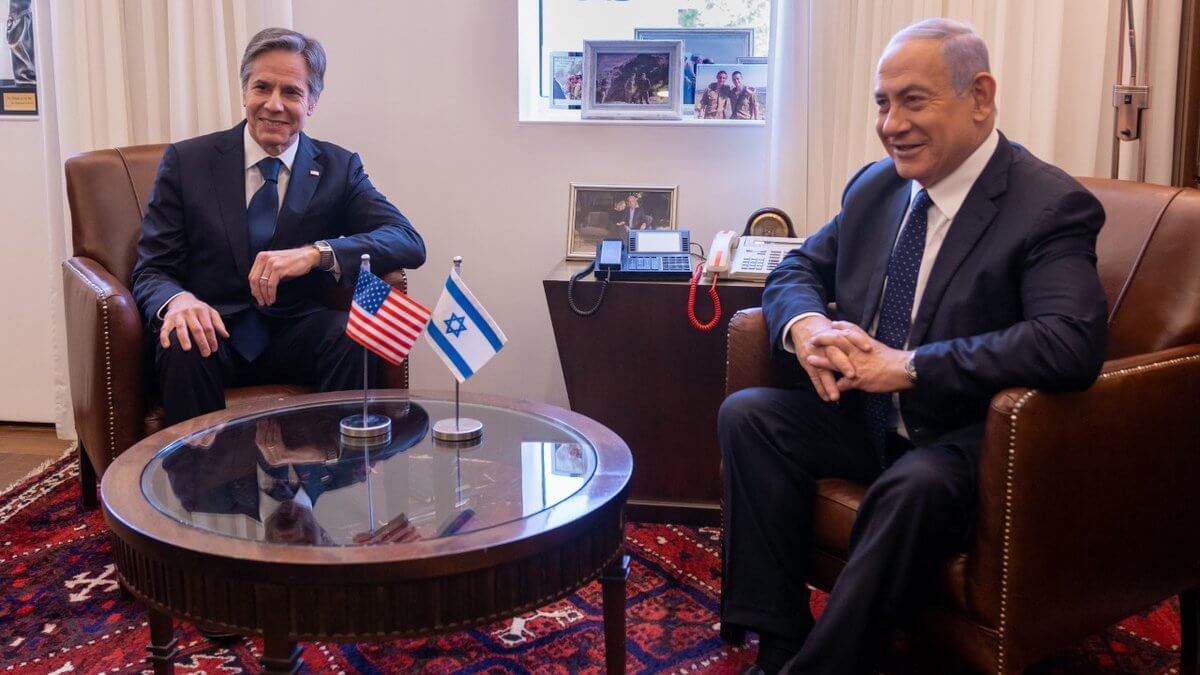 Two central pillars of U.S. foreign policy discourse have long been to be staunchly pro-Israel, while maintaining the language of Iran as a menacing threat. This dual discourse is so ingrained in U.S. policy thinking that its rhetoric bleeds into American popular culture. But what is the merit of this unquestionable policy position in terms of regional and global security, as well as U.S. national interest? By several measures, taking an ideological approach, rather than a logical one, has been detrimental in all such respects, and Israeli leadership often uses this U.S. blind spot to distract from its own destabilizing actions in the region.

After weeks of increased violence from Israeli security forces against Palestinians, Secretary of State Antony Blinken traveled to Israel to seemingly calm tensions. In front of an audience of press in the context of Israel’s bombing campaign in Gaza—which a U.N. rights expert says may constitute war crimes—Israeli Prime Minister Benjamin Netanyahu thanked President Biden and Secretary Blinken for “firmly supporting Israel’s right of self-defense.” Indeed, despite protests held across the United States and the world in solidarity with Palestinians calling for accountability for Israeli apartheid and crimes against humanity, the Biden administration did exactly what countless U.S. administrations have done before them: blindly supported Israel. But what was striking about the press briefing with Blinken and Netanyahu was how quickly the PM of Israel pivoted the conversation to the “issue” of Iran and suggested the U.S. should not return to the JCPOA—Joint Comprehensive Plan of Action or Iran Deal.