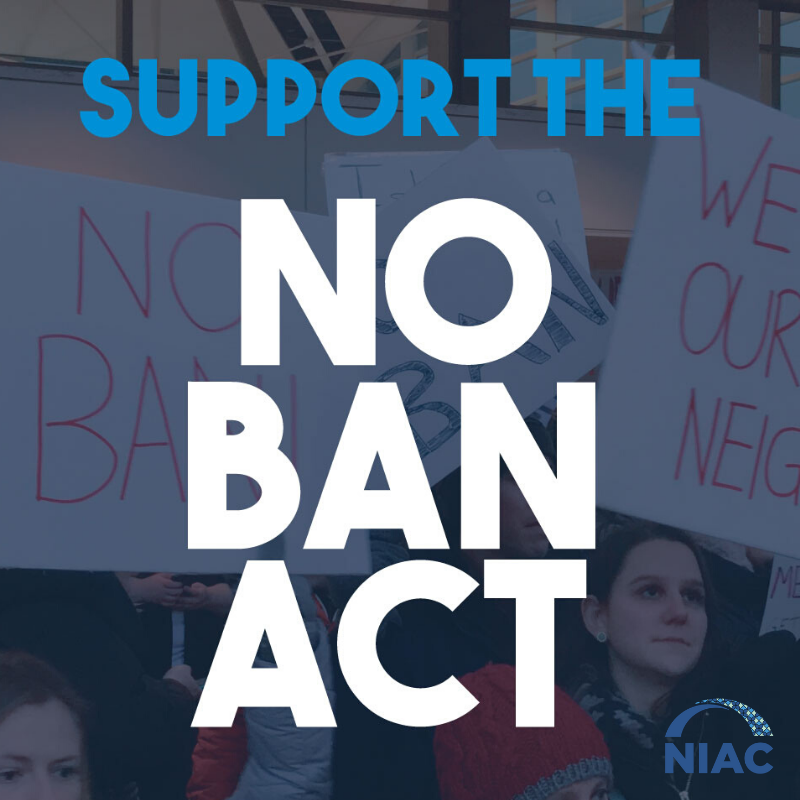 Ryan Costello, Policy Director with the National Iranian American Council, issued the following statement on the House Judiciary Committee’s passage of the NO BAN Act (H.R. 1333) and the committee’s expected passage of the Access to Counsel Act (H.R. 1573). Each bill will now move to the House floor for a vote and will still need to be passed by the Senate to become law:

“Since Donald Trump imposed a Muslim ban, trampling on the Constitution and ripping families apart, Congress had the chance to step in and stop it. Instead, a pro-Trump Congress stepped aside in the face of injustice until last year, when the House passed the urgently-needed NO BAN Act. The House Judiciary Committee should be applauded for picking it back up and passing it today. Trump has created a recent and dangerous precedent for any President to ram through discriminatory immigration policies based in bigotry. It is up to Congress to reverse that dangerous precedent and safeguard targeted communities by passing the NO BAN Act. NIAC calls on House leadership to quickly bring it to a vote on the floor and for the Senate to pass it and send it to President Biden for his signature.

“President Biden fulfilled his promise to end the Muslim Ban on day one, but xenophobia and Trumpism remain strong forces in American politics. That was apparent today with the outrageous arguments and disingenuous amendments offered by the minority in the Judiciary Committee today. Unfortunately, that means that just as Biden wiped away the ban, a successor administration could reimpose it. And even as Biden lifted the ban, the repercussions continue and many who were eligible to receive immigrant and diversity visas are still waiting in limbo. That is why Congress needs to pass the NO BAN Act into law to ensure we never repeat this disastrous violation of American values.

“Iranian nationals and Iranian Americans were the Muslim ban’s largest target, with nearly 30,000 Iranians denied solely on the basis of the ban. No American should be told their families cannot visit them, forcing them to fly abroad for a family reunion or set up a videoconference in order for families to “attend” their wedding. Foreign nationals attending American schools should not have to worry if they’ll be barred from returning to their studies due to their national heritage. Reps. Nadler, Lofgren and Chu – along with all legislators on the committee – deserve tremendous credit for pushing this legislation forward for full consideration in the House.

“Considered along with the NO BAN Act is Rep. Jayapal’s Access to Counsel Act, a critical protection to ensure that individuals have access to a lawyer at ports of entry. Under the Trump administration, many individuals of Iranian heritage were targeted illegitimately for detention and deportation, including Iranian students who had their dreams upended and U.S. citizens of Iranian heritage at the Blaine Port of Entry. Trump gave a blank check for discrimination at our border which requires strong safeguards to rectify. Ensuring access to counsel by passing Rep. Jayapal’s bill is an urgently needed step that will help guard against further abuse.”