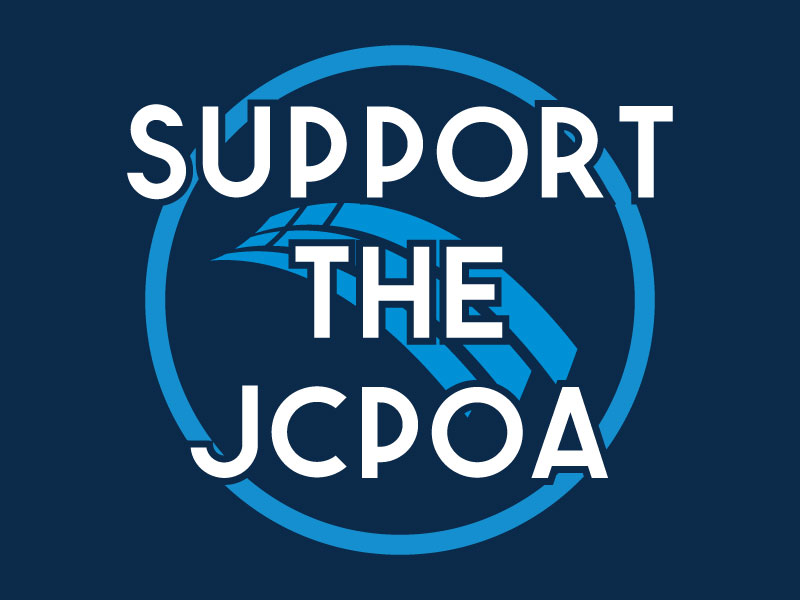 BREAKING: DNC Adopts Resolution Calling on the U.S. to Re-Enter the Iran Nuclear Accord

WASHINGTON, DC — Moments ago, the Democratic National Committee officially announced that it has adopted a resolution calling on the U.S. to re-enter the Iran nuclear accord, formally known as the Joint Comprehensive Plan of Action (JCPOA). The resolution, which was submitted by DNC Committeewoman Yasmine Taeb and adopted over the weekend, will ensure that re-entering the JCPOA is a key priority for the Democratic Party going forward, especially as the Party prepares its platform for the 2020 presidential election. NIAC Action, the political arm of the National Iranian American Council, endorsed Taeb in her race for the Virginia State Senate earlier this year.

“As President Trump and his warmongering advisors continue to stoke confrontation with Iran, it is vital that 2020 hopefuls push back on Trump’s reckless actions and voice support for returning to the nuclear accord. Hardly a week goes by without renewed efforts from the Trump Administration to push the nuclear accord toward collapse. If successful, Trump’s team may decimate the chances of any future administration restoring U.S. credibility by returning to the JCPOA. Worse, Trump may start a disastrous war with Iran,” explained Jamal Abdi, President of the National Iranian American Council.

“By prioritizing bringing the U.S. back into compliance with the JCPOA, the Democratic National Committee is recognizing both the danger of Trump’s approach and the urgent need to return to the accord – while signalling both to Iran and to U.S. allies that the days of this reckless foreign policy approach are numbered. Other lawmakers and 2020 hopefuls should follow the lead of the Democratic National Committee and lay out a competing vision to Trump’s bankrupt approach,” Abdi continued.

NIAC has worked to preserve the nuclear agreement by encouraging lawmakers and 2020 candidates to indicate that the U.S. will return to the deal under a new administration. The group’s first step in this effort was publishing a report last fall which outlined why Congress and 2020 Presidential candidates should commit to returning the U.S. to the Iran deal. Since then, presidential candidates Elizabeth Warren and Amy Klobuchar have both signaled that they favor returning the U.S. to the deal.

“We know saving the deal will not be easy— in fact, the Trump administration’s drive to destabilize Iran and trigger military action is already accelerating. Just this past week, the Trump Administration called on Europe to kill the nuclear agreement and Benjamin Netanyahu suggested Israel and Arab states are working towards a war with Iran. NIAC will continue working overtime to prevent war with Iran, including working with 2020 candidates and Congress,” added Abdi.

NIAC Action is the grassroots, civic action organization committed to advancing peace and championing the priorities of the Iranian-American community. We are a nonpartisan nonprofit and the 501(c)4 sister organization of the National Iranian American Council, which works to strengthen the Iranian-American community and promote greater understanding between the U.S. and Iran.