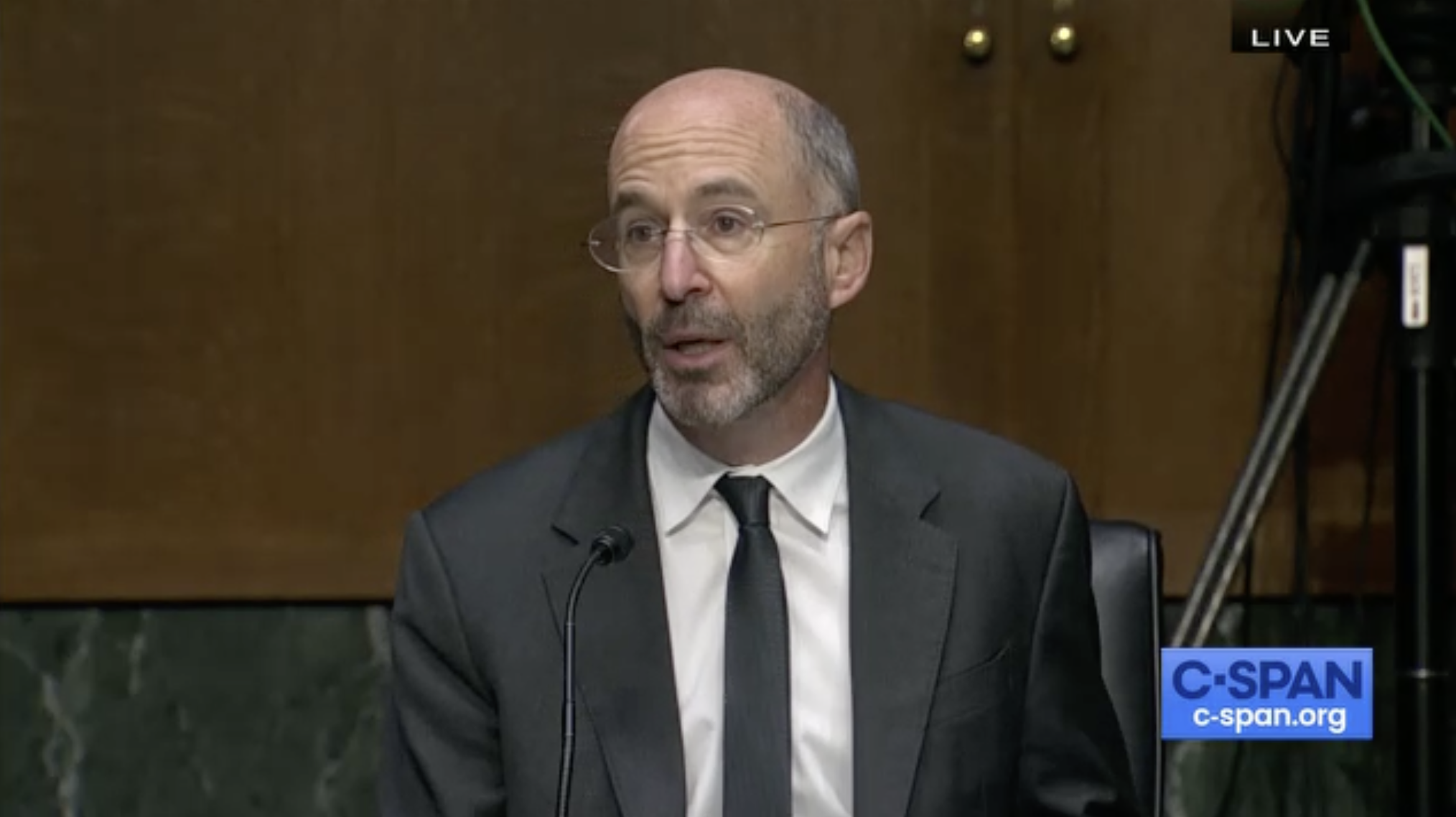 “The simple fact is this: As a means of constraining Iran’s nuclear program, the JCPOA was working. Leaving it has not.” U.S. Envoy to Iran Robert Malley defended the Biden administration’s Iran negotiations in a high stakes Senate Foreign Relations Committee hearing this morning. The hearing took place with negotiations to restore the JCPOA, or Iran nuclear deal, largely stalled over the past two months over posturing on lingering Trump-era sanctions. However, the hawkish leadership of the Foreign Relations Committee – represented by Chairman Bob Menendez (D-NJ) and Ranking Member Jim Risch (R-ID) – failed to land any punches and presented no viable alternative to the JCPOA.

In his prepared testimony, Malley underscored that the benefits of restoring the JCPOA are still significant. The U.S. will continue to seek to revive the JCPOA “as long as we assess that the nonproliferation benefits of a return to the deal are worth the sanctions lifting that we would need to provide,” Malley said. “Right now, we are confident that is true.”

Ranking Member Risch absurdly discounted Biden’s continuation and expansion of U.S. sanctions on Iran, demanding additional action to cut off China’s imports of Iranian oil. “Every day things seem to get better for Iran, even though you keep putting these sanctions on,” asserted Risch, who claimed that existing sanctions are “toothless.”

Malley countered by asserting that “sanctions are not a silver bullet.” He noted that though Trump imposed over 1,600 sanctions on Iran under “maximum pressure,” the security situation worsened dramatically. Malley also pointed to the dire economic situation – which has worsened under Biden and been felt by ordinary Iranians – to deflect Risch’s criticism. “The rial has lost 85% of its value since 2018, 25% of that under President Biden’s watch, inflation at 40%, unemployment rising, protests in the streets. I don’t think this is a strong regime that is basking in its ability to circumvent sanctions…that’s because of its own mismanagement and our sanctions.”

Diplomacy, not war, must resolve the crisis

Throughout the testimony, Malley claimed that all options remain on the table when it comes to ensuring Iran never acquires a nuclear weapon. But questioning from Sen. Chris Murphy (D-CT) clarified the risks of pursuing war against Iran, suggesting that military action would have “severe limitations” because it could not erase Iran’s nuclear know-how and would likely spark a disastrous regional war. According to Murphy, the fallout from such a war “could last a generation.”

Malley clarified that it was his belief, and that of the President, that “By far the best option is a diplomatic one. A military option cannot resolve this issue.”

Senator Tim Kaine (D-VA) pointed to the lack of trust between the United States and Iran, noting that distrust is a two-way street. “The US helped depose an Iranian Prime Minister in [1953], the U.S. helped install the Shah of Iran who ruled in a dictatorial fashion over Iranians for twenty-five years.” Kaine also recounted the roots of the Hostage Crisis and U.S. support for Iraq in the Iran-Iraq war in which Saddam Hussein used chemical weapons against the Iranian people.

Senator Kaine’s remarks serve as an important reminder that the deal brokered in 2015 came after a long history of mutual distrust between Iran and the United States. That trust was broken again when President Trump withdrew from a nuclear deal after confirmation of Iran’s continued compliance. Senator Kaine emphasized the urgent need to restore the JCPOA – which was much better than the status quo ante – and let Congress deal with the politics on this issue.

Perhaps the most consequential takeaway from the hearing were Malley’s remarks on the foreign terrorist organization designation of the Islamic Revolutionary Guard Corps, which has become the key stumbling block to a deal. Yesterday, Politico reported that Biden had ruled out lifting the designation in a phone call with Israeli Prime Minister Naftali Bennett. However, it wasn’t clear if this represented a new and harder line position, or merely reflected the administration’s prior assertions that they wouldn’t lift the FTO designation without a reciprocal Iranian move.

“We made clear to Iran that if they wanted any concession on something that was unrelated to the JCPOA, like the FTO designation, we needed something reciprocal from them that would address our concerns,” Malley said. “Iran has made the decision that it’s not prepared to take the reciprocal step.”

Malley’s remarks suggest that – while Iran appears unlikely to agree to U.S. demands – the door may not be entirely closed on lifting the designation along with a return to the JCPOA if a reasonable compromise can be found.

Sen. Rand Paul – bucking the trend of Republican legislators inflexibly opposed to negotiations – underscored the limits of sanctions and suggested “we have to be open” to lifting the FTO designation. “[I]f we do want negotiations and the only way we’re going to get any behavioral change is through negotiations…actually lessening sanctions is the only way you get it,” Paul said. “So even things such as labeling them as a foreign terrorist organization have to be negotiated.”