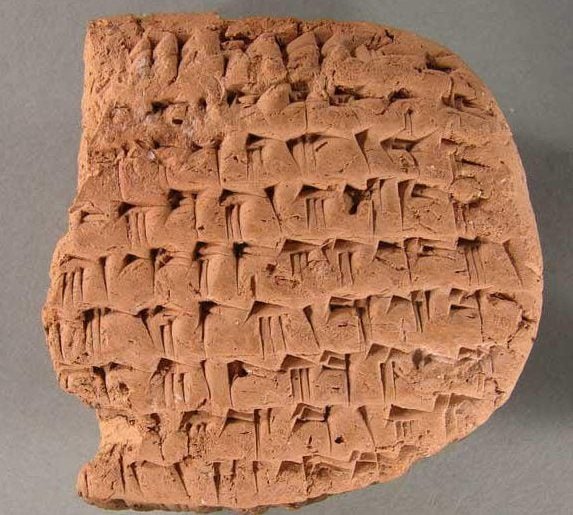 Will Ancient Persian Artifacts Be Sold To The Highest Bidder?

On December 4th, the Supreme Court will hear oral arguments on a case that will decide the fate of the Persepolis tablets – ancient Persian artifacts that are currently on display in the United States. The Persepolis tablets are clay tablets written in Aramaic and other ancient languages dating back to the fifth century BC, and contain important clues about the religion, administration, society, and economy inside the ancient Persian empire. Millions of Iranian descendants of the Persian empire across the globe today treasure these precious artifacts as historical records of their lineage. If successful, the plaintiffs may be able to seize these precious artifacts from the museums that are currently displaying them to sell them off to the highest bidder.

The Court is faced with one question: can United States citizen victims of terror sue foreign countries designated as state sponsors of terror, win judgments for money damages, and seize and sell the property of the foreign country to satisfy the judgment? That is the question that will ultimately decide whether the Supreme Court of the United States will allow ancient artifacts from the Persian empire to be seized from museums and sold into private hands after it hears the case of Rubin v. Islamic Republic of Iran in less than two weeks.

In September 1997, three Hamas suicide bombers entered a crowded pedestrian mall in Jerusalem and blew themselves up, killing and injuring many people. Eight plaintiffs – comprised of victims or family members of victims of the Jerusalem attack – filed suit against the Islamic Republic of Iran alleging liability on the basis that Iran’s government, as a U.S-designated state sponsor of terror providing support to Hamas, were responsible for the attack.

In 2003, the U.S. District Court for the District of Columbia entered a default judgment in favor of the Plaintiffs in the amount of $71.5 million, which Iran did not pay. In an effort to collect the $71.5 million, the plaintiffs initiated numerous other cases across the country over the course of 13 years as creditors attempting to seize and attach on Iranian assets located inside the United States.

In their third major attempt to seize and attach to Iranian government assets, the plaintiffs sought to seize four collections of ancient Persian artifacts, including a collection of tablets containing some of the oldest writings in the world – the Persepolis tablets. The collections of artifacts at issue are allegedly owned by Iran, but were loaned to or purchased by Chicago’s Field Museum of Natural History and the Oriental Institute at the University of Chicago.

As a general rule, sovereign foreign governments are immune from lawsuits in the United States. However, the Foreign Sovereign Immunities Act of 1976 (“FSIA”) 28 U.S.C. § 1610 was amended in 2002 to provide an exception that allows plaintiffs to sue in cases of state-sponsored terrorism. The plaintiffs argued that they should be able to seize the Iranian artifacts under the FSIA.

The District Court held, and the Seventh Circuit Court of Appeals agreed, that although the FSIA allows plaintiffs to seize the property of a foreign state-sponsor of terror that is “used for a commercial activity in the United States,” the law requires the property to be used by the foreign government itself, not a third party like the Chicago museums that have the artifacts either on loan from Iran, or own them.

A prior case in the Ninth Circuit Court of Appeals resulted in an opposite decision, finding that terror victims are able to attach and execute on any asset of a foreign state sponsor of terror, irrespective of the FSIA law. Because of the conflicting conclusions reached by the Seventh and Ninth Circuits, the Supreme Court will hear the case in December and then ultimately decide whether these ancient Persian artifacts will be awarded to the plaintiffs.The court has already decided to weigh in on a case that carries significant consequences for the political branches of government and foreign policy objectives. A decision that would allow the property of a sovereign government to be seized to satisfy a judgment may lead to foreign governments withdrawing property out of the United States, and therefore weakening the bargaining and negotiating position of the President with foreign governments. An additional unintended consequence may be the imposition of reciprocal sanctions on U.S. property abroad.

The National Iranian American Council (NIAC) has opposed the seizure of the tablets and has filed an amicus brief with the appellate court. NIAC has argued that victims of terror deserve to be heard – that they deserve justice. But NIAC also believes and argues that depriving millions of Iranians across the globe – who have no ties to terrorism and reject and condemn terrorism – access to these precious artifacts by selling off their history and heritage to the highest bidder is itself an unjust act.

The Supreme Court will hear the case on December 4, and will issue its decision sometime thereafter.