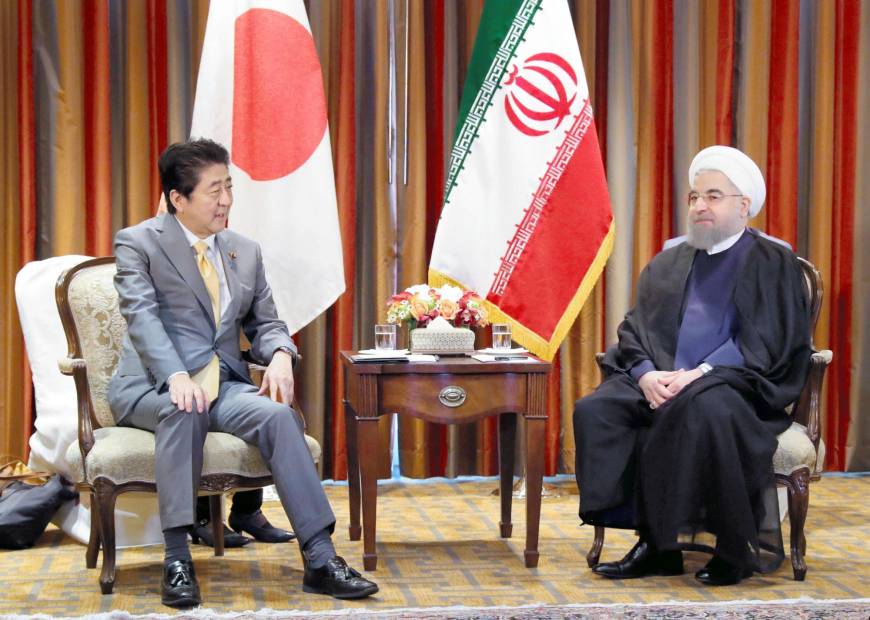 President Rouhani travelled to Malaysia and then to Japan for a state visit from December 20-21st. In Malaysia, he participated in a summit of leaders from Muslim-majority countries alongside leaders from Turkey, Qatar, and Indonesia. Notably, Saudi King Salman turned down the invitation of Malaysian PM Mahathir Mohamad to attend.

In a speech in Kuala Lumpur, Rouhani said that the U.S. has “no choice” but to reverse its approach to Iran. He stated: “The Americans have no choice but to reverse this path that they have taken with the resistance and steadfastness of the people in the face of sanctions and the maximum economic pressure of the enemies. Our political, societal, cultural, and defensive resilience in the face of foreign pressure is far greater than in the past.”

In Japan, Rouhani met with Prime Minister Shinzo Abe and discussed bilateral relations and efforts to secure the Persian Gulf and preserve the JCPOA. During his meeting with Abe, Rouhani said that he had sent a letter to the Persian Gulf countries emphasizing Iran’s desire for stability and inviting them to join Iran’s proposed “Hormuz Peace Endeavor” security structure.

Rouhani also said Iran welcomes any deals to preserve the JCPOA and improve Persian Gulf security. He stated: “Naturally and within the framework of our interests, we will not avoid any negotiations or agreements in this area.”

Rouhani added that U.S. sanctions were a “lose-lose” for everyone. He proclaimed: “The illegal approach of America with its unlawful withdrawal from the JCPOA showed that this step was a blow to an international agreement and peace and security and had no benefit for America or any of the JCPOA parties. It proved that sanctions have no destiny other than being a ‘lose-lose’ for everyone.”

Abe also welcomed Iran’s “Hormuz Peace Endeavor,” stating: “Ensuring security for the region is important for all countries who make passage in this area and we appreciate Iran’s constructive role in providing security and stability and peace in the region.”

Abe also said that Japan was working with the UK, France, and Germany to preserve the JCPOA.

On the sidelines of a meeting of the UN Security Council, U.S. Ambassador to the UN Kelly Craft approached and talked with her Iranian counterpart Majid Takht-Ravanchi. According to BBC Persian, it is the first high-level public dialogue between a senior U.S. and Iranian official of the Trump presidency.

U.S. officials told BBC Persian that Craft offered her condolences to Ravanchi over the death of an Iranian child. During his speech to the UN Security Council, Ravanchi had discussed the case of an Iranian child, Ava, who had died due to a lack of medication blocked by U.S. sanctions.

During her address to the UN Security Council, Craft also said that the U.S. was prepared to make a deal with Iran that would improve global peace and security.

MP Says “Many Killed” in Southwestern Town of Mahshahr

An Iranian parliamentarian has said that “many people” died in the southwestern city of Mahshahr in the recent protests. He did not say how many, but contended that “armed rioters” were present in the city. BBC Persian has said about the killings: “Eyewitnesses says that from November 15th, protestors closed down many of the roads leading to the petrochemical Imam Khomeini port, including the Shahrak Chamran road in the Mahshahr special economic district.”

The BBC Persian report adds: “BBC Persian viewers have said that during the unrest in Mahshahr, security forces ‘fired widely’ at the protestors and many were killed or wounded.”

It further stated: “These viewers say that protestors were confronted with tanks and gunfire, but officials say they confronted armed rioters who sought to attack the petrochemical industry.”

The Iranian outlet ILNA has reported that two remaining bills to reform Iran’s banking sector have passed a key hurdle. The bills are aimed at bringing Iran into compliance by global standards set by the Financial Action Task Force (FATF)–a Paris-based body.

Now, ILNA has cited a member of the Expediency Council as saying the Council’s Joint Commission has approved the two remaining FATF bills. This approval comes before a February deadline by FATF for Iran to comply with its measures or else it would reimpose countermeasures. However, the outlet states that the bills still need to be approved by a vote of all the council’s members.

Passage of these bills is widely believed to be necessary for Iran to develop the proper banking relations needed to benefit from sanctions relief.

A group of 77 leading reformist activists released a statement calling for the prosecution of security forces that fired on protestors.  The statement stressed the necessity of the government accepting the right of people to protest peacefully and the need for people to avoid violence.

The statement stated in part: “The firing of guns, which were provided by public funds to defend the people, at ordinary and unarmed citizens who came to the streets to express their grievances and rage, is completely and in any case unacceptable and a crime, and the law and judiciary must not hesitate for a second to pursue the perpetrators.”

The statement added: “We ask the dear people and protestors that by displaying their commitments, avoid any violence or damage to public and private property and not leave the path of peaceful protests. Additionally, we should be careful of any likely efforts to take advantage by foreigners, or groups that are violent or opposed to the country’s territorial integrity and national government.”

Several of the statement’s authors were reportedly summoned by judicial authorities or arrested.

Reformist MP Parvaneh Salahshouri delivered a speech sharply criticizing the political status quo and stating she would not seek reelection in February’s parliamentary election.  She declared: “Unfortunately, the republican aspects of the political system have headed in the direction of concentration of power. Uncontrollable total authoritarianism in every area, the exercise of power by parallel institutions in all of the country’s administrative issues.”

Salahshouri added: “In our structures, we have dual organs or even multiple organs, which all make decisions. How many governments? How many intelligence agencies? How many parallel institutions? And at the end, you have a dual government which escapes responsibility and plays the game of, ‘it wasn’t me’ when it comes to managing the country.”

While giving her speech in parliament, Salahshouri was met with vocal pushback from several hardline MPs.