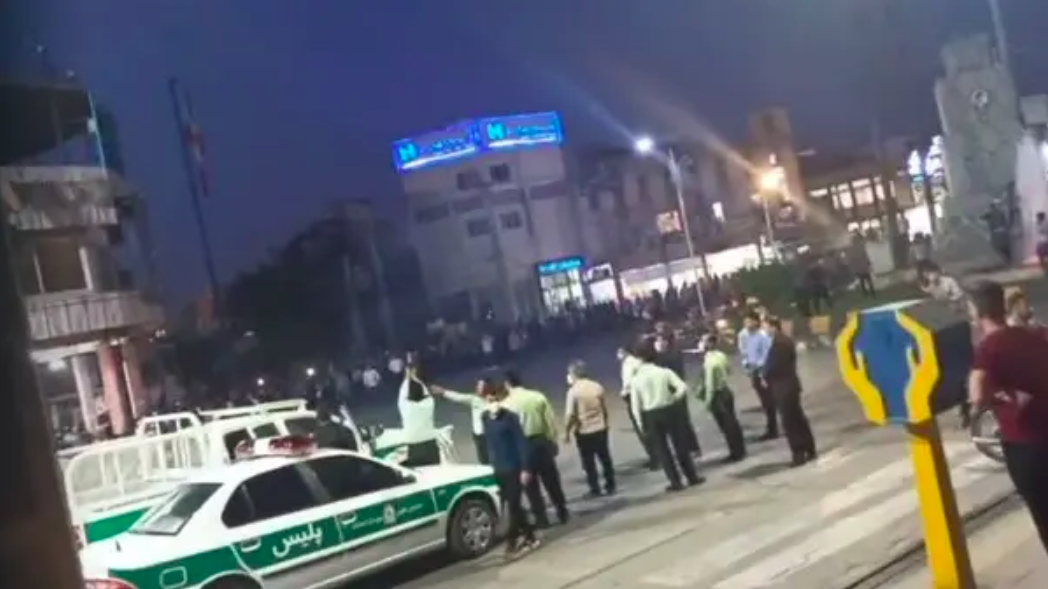 Week of May 9th, 2022 | Iran Unfiltered is a weekly digest tracking Iranian politics & society by the National Iranian American Council

Protests Breakout Amid Cut in Subsidies

Protests broke out in many Iranian cities on May 12 over the rising cost of many food staples. Videos posted on social media showed security forces using tear gas to disperse demonstrators. BBC Persian reported that in one video of a protest in the southwestern Iranian city of Andimeshk, the sound of gunfire can be heard.

The outbreak of protests comes as the Ebrahim Raisi administration has cut subsidies on imported goods. Previously, in the wake of U.S. sanctions in 2018, Iran’s government established a subsidized exchange rate to importers of “essential goods” such as food and medicine. This was far lower than the free-market exchange rate.

Raisi announced on May 9 that in lieu of the subsidized exchange rate, direct cash payments would be provided to most Iranians. He said these cash transfers would happen for two months, and then would be replaced by an “electronic coupon” system used to buy food.

In the wake of the subsidy reform, the prices of dairy products, eggs, cooking oils, chicken, pasta, and some breads have skyrocketed. Many of these foods more than doubled in cost.

Videos posted on social media showed demonstrators chanting against Raisi and Supreme Leader Ayatollah Ali Khamenei. Many protesters could be heard shouting against Raisi’s policies and calling for his removal.

The government has been gradually cutting back on subsidies in recent weeks. Last week, amid a cut in flour subsidies, there were protests in parts of Khuzestan province. The government responded by limiting Internet access in the region.

Raisi promised the public this week that the price of “traditional breads, gasoline, and medicine” will not increase. He came to power last August on a platform of combating inflation and improving the livelihoods of ordinary Iranians. However, many Iranians blame his foreign and domestic policies for worsening economic conditions.

EU foreign policy chief Josep Borrell said on May 13 that the negotiations to restore the JCPOA have been “de-blocked.” His comments came after his deputy, Enrique Mora, traveled to Iran for direct talks with top Iranian nuclear negotiator Ali Bagheri.

Borrell added that “I assessed [Mora’s] meetings in Iran very much positively.” He said the Iranian response to Mora’s trip was “positive enough in order to believe that we can relaunch the work between the parties.”

The nuclear negotiations between Iran and the P4+1 (Britain, China, France, Russia, and Germany) started in Vienna in April 2021 with the aim of restoring the JCPOA. The US has been an indirect participant in the talks. But the diplomatic process in Vienna has been suspended since mid-March amid an impasse between the sides.

Western sources have claimed for weeks that the main difference left in the negotiations is the U.S. designation of the IRGC as a Foreign Terrorist Organization (FTO). However, sources close to Iran’s negotiators deny this and say there are several other disputes remaining.

Mohammad Marandi, an advisor to Iran’s negotiators, said in a May 12 interview that the main issue continues to be a lack of a guarantee from the U.S. that it will stick with a deal. Meanwhile, Mahmoud Abbaszadeh, the spokesman for the Iranian parliament’s national security and foreign policy commission, asserted that the West seeks to portray the IRGC as the only issue remaining in order to blame Iran if the negotiations collapse. He said there are “5,6” differences in the negotiations.

Mora’s trip to Iran came in the wake of comments by Borrell that the EU seeks a “middle way” to resolve the deadlock in the negotiations. In a May 7 interview with the Financial Times, Borrell said he seeks to resolve differences by delisting the IRGC while keeping U.S. sanctions on the military force.

After Mora’s trip to Iran, Iranian Foreign Minister Hossein Amir Abdollahian tweeted that a “good deal that is reliable is within reach.” But he said that this is only possible if the U.S. “makes a political decision and adheres to its commitments.”

Meanwhile, a spokesperson for Germany’s foreign ministry said on May 13 that “there is a proposal on the table that is very fair for all sides.” However, on May 12, before Mora returned from Iran, a French diplomatic source told Reuters that there was “little chance” that the U.S. would agree to delist the IRGC.

Simultaneous with Mora’s visit to Iran, the Emir of Qatar traveled to the country. He met with Iran’s President Ebrahim Raisi and Supreme Leader Ayatollah Ali Khamenei. The Qatari Emir voiced support for the JCPOA. His country has been a key intermediary between Iran and the West.

Ahmadreza Jalali, an Iranian-Swedish doctor specializing in disaster medicine, faces imminent execution in Iran.  Iran’s judiciary spokesperson said on May 10 that Jalali’s death sentence is “definitive” and there is “no discussion about an exchange.”

As detailed in a previous issue of Iran Unfiltered, Jalali was arrested in April 2016 after being invited to Iran by the University of Tehran. He was charged with “collaborating with a hostile government” and sentenced to execution in the fall of 2017.

EU deputy foreign policy chief Enrique Mora, who was in Tehran this week to advance the nuclear negotiations, made a plea for clemency for Jalali. Mora tweeted on May 13: “I want to underline that in Tehran I raised the need to stop execution of #AhmadrezaDjalali and asked for his release on humanitarian grounds.”

Iranian outlets began reporting that Jalali faced imminent execution earlier this month after the trial of former Iranian judiciary official Hamid Nouri neared its conclusion in Sweden. An earlier issue of Iran Unfiltered detailed the Nouri trial and the charges against him. His trial has since concluded, and he may be sentenced to life in prison.

There has been speculation that Iran seeks to swap Jalali for Nouri, though Iran’s judiciary has denied this.