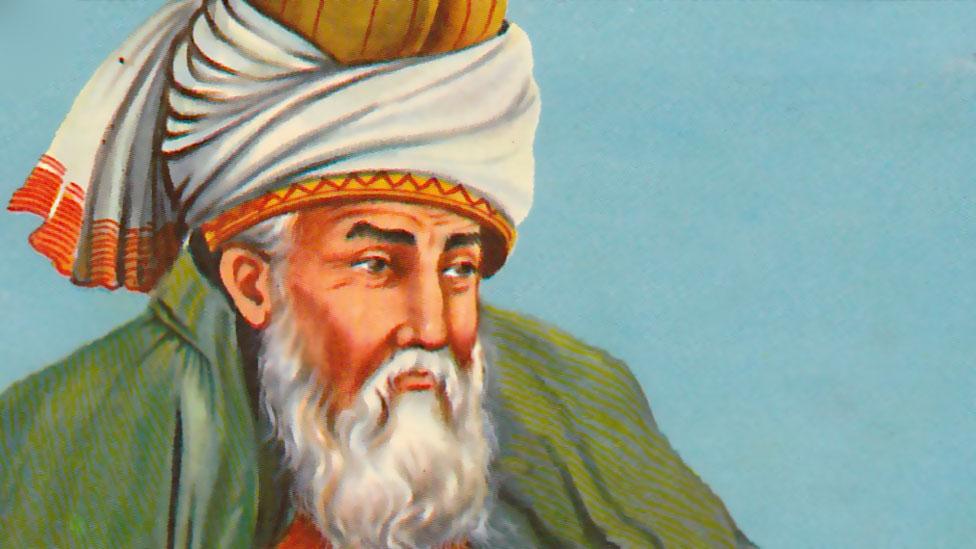 Open Letter: Let Rumi Be Played By A Middle Easterner!

I think we speak for the entire Iranian-American community in applauding you for filming a biopic of beloved 13th century Persian poet Rumi. For most Persian speakers, Rumi is sacred. His beautiful poems of joy and love are deeply ingrained in Persian culture. While our history has had its fair share of division and conflict, what has always united us is our poetic tradition, in which Rumi is one of the strongest pillars. So you can imagine our delight when hearing that Rumi would come to life on the Hollywood big screen, particularly since you have stated that a key motivation of yours is to help dispel stereotypes about individuals of Middle Eastern descent.

Precisely because of that, we were surprised to hear that the lead cast may be given to Leonardo DiCaprio and Robert Downey Jr., as Rumi and his Sufi spiritual advisor Shams of Tabriz respectively.

While DiCaprio and Downey Jr. are outstanding actors whose work speaks for itself, we encourage you to cast actors of Middle Eastern descent to accurately represent Rumi and Shams.

We believe that casting actors of European descent in these roles will, unfortunately, do little to break the stereotypes you aim to dispel. Rather, by failing to cast actors with a Middle Eastern background in these roles, the film risks sending the message that Middle Easterners cannot tell their own stories, and the only roles deemed worthy for them are those of terrorists and villains.

Unfortunately, such casting decisions are nothing new. Not only are stories about people of color rarely told, but Hollywood systematically casts white actors to play minority leads. This includes Jake Gyllenhaal as Dastan in the 2010 film Prince of Persia and Christian Bale as Moses in the 2014 film Exodus: Gods and Kings. Often, these roles mock or deride those ethnicities, as in the 2006 film 300, which depicts Persians as savages. Or in the 1993 film, Not Without My Daughter, which depicts Iranians as violent, backward and controlling.

This “white-washing” is not only inaccurate, it has lasting detrimental effects, both with respect to how minorities are viewed by others and with respect to how minorities view themselves. Iranian-American and other Middle Eastern-American children grow up without media figures or images to whom they can relate, in a culture saturated with only negative images of people who look like them.

“For Iranian men of my generation and American moms of my mother-in-law’s generation, this is a film that has seared itself into our consciousness,” Iranian-American scholar Reza Aslan said of Not Without My Daughter. “I am not joking when I say to you that at least on three separate occasions, when I met a girl’s parents or immediately after I had met their parents, the girl would tell me how her mother brought up Not Without My Daughter.”

Positive depictions of minorities allow others to view people of color in a favorable light, thereby eliminating harmful stereotypes and racism. Such depictions also empower those minority groups, providing them with the opportunity to see a positive reflection of themselves and rise above cultural conflict. To that effect, we believe Hollywood’s established Middle Eastern and Iranian-American actors can successfully showcase a hero such as Rumi.

We commend you for bringing the amazing story of Rumi to America and the wider world audience. You have an extraordinary opportunity to help reduce tensions and let people see each other for their common humanity rather than let divisive stereotypes reinforce the notion of a “Clash of Civilizations”.

Again, we applaud your efforts and look forward to see you share the joy and love of our Rumi.