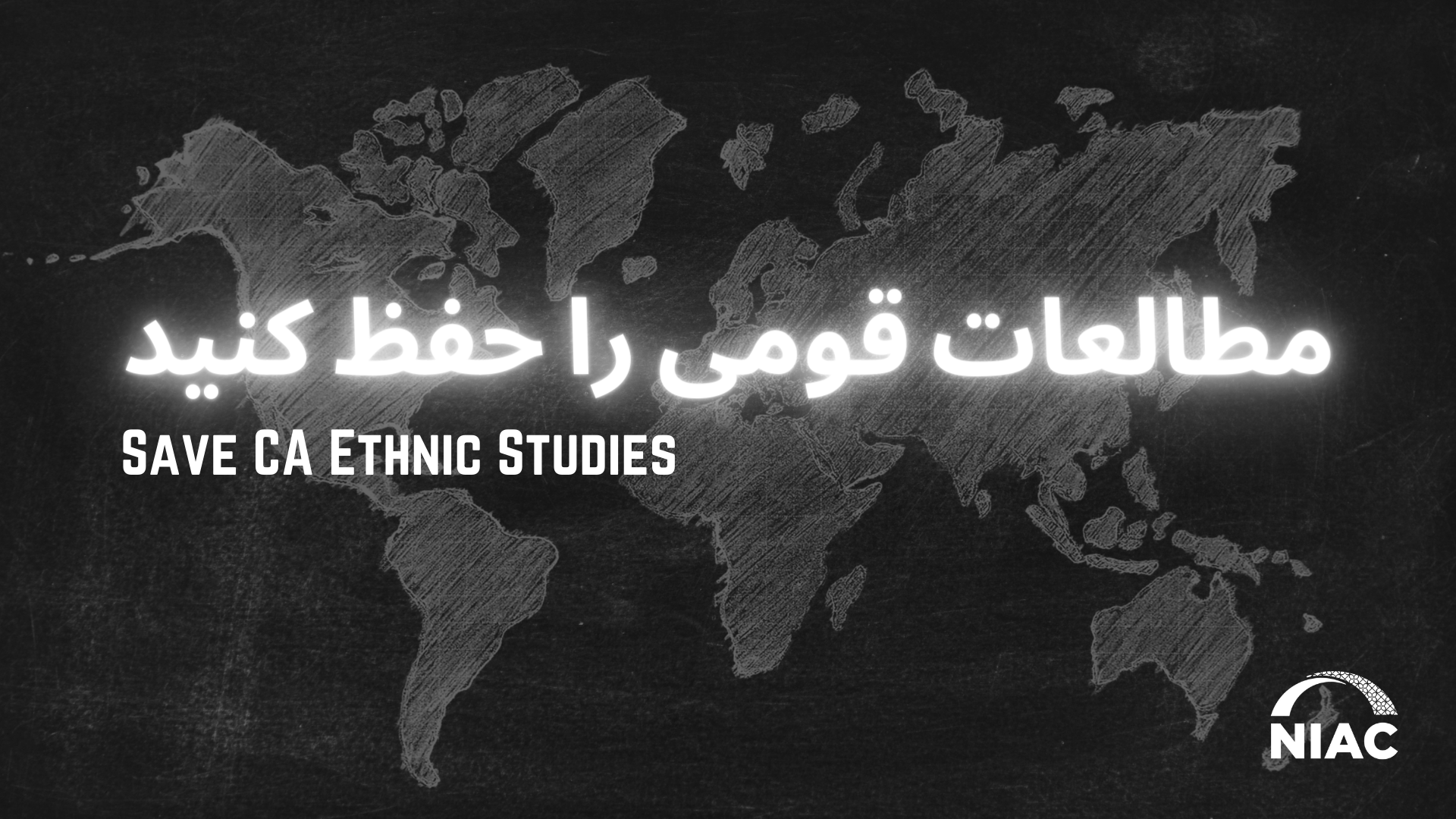 Community and Culture
The California Department of Education’s Ethnic Studies program is at risk of excluding several marginalized communities, including Iranian Americans. Despite a well rounded program written by scholars and practitioners of Ethnic Studies, the new proposed draft has been gutted and erased many marginalized groups.
NIAC has written a letter as public comment to the Instructional Quality Commission (IQC), in support of the original Ethnic Studies Model Curriculum and we are working with coalition partners to urge the CA Department of Ed to reconsider their new draft, which will be harmful to West Asian communities. See the full text of our letter below: Ethnic Studies Letter
Back to top