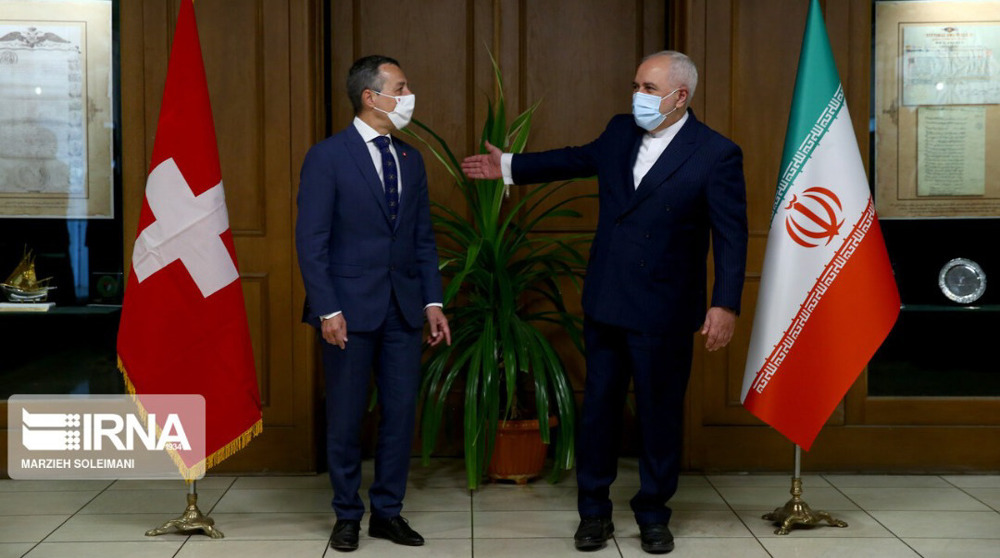 UK Defense Secretary Ben Wallace has said the British government is seeking to pay Iran a decades-old debt. Wallace made the acknowledgement in a letter to lawyers for Nazanin Zaghari-Ratcliffe, a dual Iranian-British national detained in Iran in 2016. Zaghari-Ratcliffe has been sentenced to 5 years in prison on espionage charges, which she has denied.

The UK debt goes back to a pre-1979 revolutionary military sale to Iran. The sale was made by International Military Services Limited (IMS), a subsidiary of the UK Defense Department, and was for 1,750 Chieftain tanks. Iran paid for the tanks, but they were never delivered due to the 1979 revolution. The debt is estimated to be at least £400 million.

Wallace said in a letter to Nazanin-Ratcliffe’s lawyers: “With regard to IMS Ltd and the outstanding legal dispute the government acknowledges there is a debt to be paid and continues to explore every legal avenue for the lawful discharge of that debt.”

In response, the Iranian Defense Ministry called on the UK to take “immediate and practical steps” to discharge the debt. Iran seeks both the debt and the interest that has accrued on it to be repaid.

The Iranian Defense Ministry also denies the debt issue is related to Zaghari-Ratcliffe’s imprisonment. The ministry’s statement read: “The issue of the English debt to Iran is the result of a ruling by the international court of arbitration and is based on an independent legal case that has no relation to the release of any prisoner or other issues. The verdicts [on Iran’s debt] were issued years before this prisoner issue.”

However, three days after Wallace’s remark about the debt, a court in Tehran summoned Zaghari-Ratcliffe. The court brought a new charge against her, which the UK government called “unacceptable.”

Zaghari-Ratcliffe’s laywers have said the British government has been hesitant to repay the debt for political reasons and out of concern it would upset U.S. President Trump.

Swiss Foreign Minister Ignazio Cassis made a three-day trip to Iran. Many speculated the trip was aimed at mediating between the U.S. and Iran, given Switzerland officially represents U.S. interests in Iran.

Prior to leaving for Iran, Cassis spoke with U.S. Secretary of State Mike Pompeo and UK Foreign Secretary Dominic Raab. Cassis had described his phone call with Pompeo as “excellent.” He and Pompeo in part discussed the U.S.-backed Swiss financial channel to facilitate humanitarian trade with Iran.

Cassis first travelled to Isfahan after arriving in Iran. Isfahan is a city in central Iran famed for its historical architecture.

Iran’s foreign ministry said about the discussions between Cassis and Iranian officials: “The main points of the talks and meetings were consulting and exchanging views on issues of mutual interest in the bilateral, regional, and international arenas. Also issues regarding the Swiss financial channel.”

Iran’s foreign ministry also said Cassis’s trip had nothing to do with U.S.-Iran relations and that Pompeo sought to pressure Cassis. The foreign ministry statement said: “This trip has nothing to do with the issue of U.S.-Iran relations. The hasty communications of America’s foreign minister with individuals who intend to travel to Iran is not new. Out of desperation, Pompeo seeks to advance the fictitious maximum pressure policy and thus seeks to dissuade countries from having normal relations with Iran. He has failed up until now. Just like he failed with IAEA chief Rafael Grossi’s trip to Tehran. These pressures failed again now.”

The Swiss news outlet SWI swissinfo said Cassis’s talks with Iranian officials focused on: “a range of issues including the Swiss humanitarian trade channel, the newest post-JCPOA developments, political developments in the Middle East, human rights, bilateral relations, and the position of Switzerland as the representative of U.S. interests in Iran.”

However, just before Cassis’s trip to Iran, Pompeo announced new sanctions targeting Iran’s petrochemical industry. The Iranian outlet Fararu surmised that new sanctions indicate that Cassis’s trip will not lead to any diplomatic breakthrough between the U.S. and Iran or a let up in the U.S. maximum pressure policy.

Last year, Switzerland created a financial channel to facilitate humanitarian trade with Iran in cooperation with the United States. According to the Iranian foreign ministry, two transactions have taken place through this channel so far. One in February and the other in June. Both transactions involved selling medicine to Iran using Iranian assets in Switzerland.

Ali Akbar Salahi, the head of the Atomic Energy Organization of Iran (AEOI), has said Iran will rebuild a centrifuge assembly plant. As detailed in a previous issue of Iran Unfiltered, the facility was largely destroyed in an explosion in July that officials have attributed to sabotage.

The destroyed facility was an assembly center for more advanced centrifuges, which can enrich uranium faster. The facility began construction in 2013, but its construction was halted with the JCPOA in 2015. According to AEOI spokesperson Behrooz Kamalvandi, it was still not complete when the sabotage occurred.

Kamalvandi has said the sabotage has not affected Iran’s current enrichment capabilities, but that its production of advanced centrifuges will be impacted in the “medium term.” He said Iran would be scaling up its “capacities” to more than before as a result.

Salehi has said a new centrifuge assembly plant is being built in the “heart” of the mountains near the Natanz facility. He said it would be “vaster and more modern in every way.”

Iran’s regular army commenced a military drill to the east of the Strait of Hormuz. The drill took place on Iran’s southern coast along the Indian Ocean.

Habibollah Sayyari, a senior commander in the Iranian army who is overseeing the military exercise, said it includes the army’s naval, air, and ground forces. Sayyari said when announcing the three-day exercise: “The enemies of the Islamic Republic must know that if they commit any strategic error, the geography of the battle and the arena for the Islamic Republic of Iran’s response will not be limited to the West Asian region.”

Iran deployed its Simorgh drone for the first time during the drill, which is a replica of the U.S. RQ-170 drone. According to the Sayyari, the Simorgh will engage in surveillance and attack targets with precision bombs.

During the drill, Iran’s army reportedly identified and warned a U.S. P-8 aircraft and MQ-9 and RQ-4 drones. The spokesman for the military drill said the U.S. aircraft left the area after being warned.