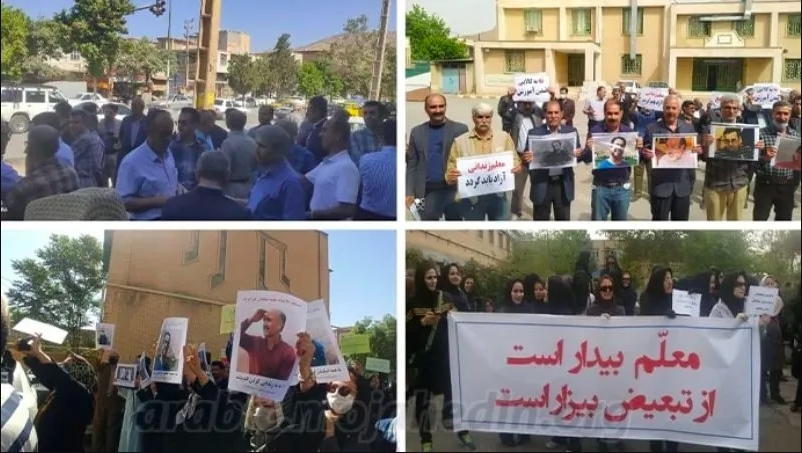 Iran’s Foreign Minister Hossein Amir Abdollahian said on June 14 that the U.S. has accepted an Iranian proposal to break the stalemate in the nuclear negotiations. Iran had offered new proposals via EU deputy foreign policy chief Enrique Mora when he visited Tehran in May.

Abdollahian asserted that Iran offered a “new political package” to the U.S. and that Washington had accepted it. But he added that Washington still insisted on the IAEA passing a resolution censuring Iran earlier this month. In response, Abdollahian said Iran “increased its nuclear activities.”

Abdollahian also stated that Iran will not “run away” from “dialogue and negotiations.” He said that Tehran continues to transmit messages to the U.S. via the EU.

Meanwhile, the Biden administration increased pressure on Iran this week by announcing new sanctions. The sanctions are aimed at further obstructing Iran’s petrochemical exports and targeted Chinese and Emirati firms.

Against this backdrop, Brett McGurk, the White House’s top Middle East official, and Rob Malley, the U.S. Special Envoy for Iran, gave a closed door briefing to members of the Senate Foreign Relations Committee on June 15. The officials reportedly gave a pessimistic account of the negotiations and talked of U.S. “Plan B” options.

According to Sen. Chris Van Hollen (D-MA), “Plan B” includes “lots of different elements” including a military option but “would likely result in a lot of Americans getting killed.” On the other hand, Sen. Todd Young (R-IN) stated, “There’s not a lot of clarity [on a] plan B … Some of that is just a function of the fact that there aren’t a lot of great options here.”

Iranian schoolteachers staged demonstrations across Iran on June 16 to demand higher wages and the release of their imprisoned colleagues. The protests were organized by several teachers’ unions. They are the latest of many countrywide demonstrations held by teachers in recent years.

The teachers are seeking the implementation of a bill that would increase their salaries. Previously, the Ebrahim Raisi administration had promised that it would approve the bill, which the parliament has already passed, but this has yet to occur.

Many teachers have been arrested in rallies over the past several months.  Ahead of the June 16 demonstrations, over 20 activist teachers were arrested according to unconfirmed reports cited by Deutsche Welle.

According to a leading teachers’ union, at least 100 teachers were arrested in different parts of Iran on June 16. The union stated in a tweet that it “condemns this repressive act, which violates the rights of the people, and calls for the unconditional release of teachers.”

The teachers demonstrated on June 16 despite the heavy presence of security forces in many cities. Videos and pictures posted on social media showed security forces clashing with teachers in the western city of Marivan.

Meanwhile, a group of UN right experts on June 15 expressed “serious concerns about a violent crackdown against civil society in Iran.” They said this included “members of workers’ unions and teachers arrested for protesting against their low salaries and poor working conditions.”

The UN rights experts “urged those responsible for using excessive force to be held to account through comprehensive and independent investigations.” The experts also rebuked the Iranian government’s closure of the Imam Ali Popular Students Relief Society, which they said “did extensive work on poverty reduction.”

Iran’s Minister for Labor, Welfare and Social Affairs Hojjatollah Abdolmaleki resigned this week. He is the first cabinet-level member of the Raisi administration to resign.

Abdolmaleki’s resignation occurs against the backdrop of deteriorating economic conditions and protests by Iranian laborers across industries. Raisi has been under increasing criticism within Iran for failing to improve the economy and meet his campaign promises to create jobs, reduce inflation, and lift sanctions.

Abdolmaleki said he would resign to allow for “increasing coordination” with the government. Many Iranian economists have criticized his policies for being “impractical” and “populist.”

Meanwhile, Raisi’s Minister for Industry, Mining, and Trade Minister Reza Fatemi-Amin testified before the parliament. He was criticized by many parliamentarians for failing to protect Iranian industries and stopping rising costs for goods. The parliament expressed its dissatisfaction within him by giving him a “yellow card.”