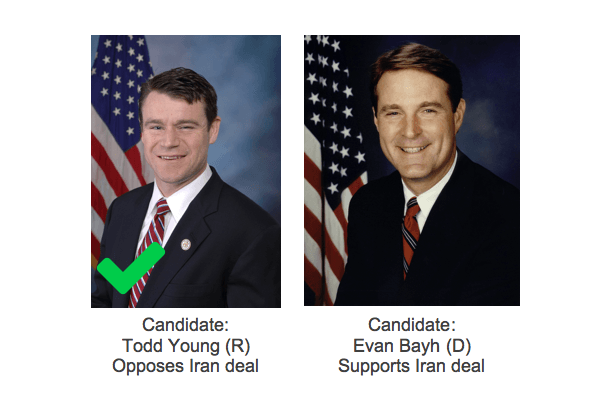 Washington, DC – Republican lawmakers in the House, joined by Democrat Brad Sherman (D-CA), continued efforts to obstruct the nuclear deal with Iran on Thursday, passing legislation to block Boeing and Airbus from selling commercial aircraft to Iran and to limit the President’s authority to implement sanctions relief.

On the House floor, Rep. Peter Roskam (R-IL) succeeded in adding two amendments to block the pending Boeing and Airbus deals to the Financial Services and General Government Appropriations Act for FY 17 (H.R. 5485), which later passed in a party-line vote 239-185. Three additional Iran-related amendments to the appropriations bill also passed by voice vote despite opposition led by Democrats. The first was an amendment from Rep. Leonard Lance (R-NJ) aimed at blocking the Obama administration from modifying sanctions in ways that may become necessary to resolve ongoing complications with sanctions relief. The other two were offered by Rep. Ron DeSantis (R-FL) and were aimed at blocking claims settlement with Iran and to limit any President’s authority to waive certain banking sanctions. Rep. Jose Serrano (D-NY), who led the opposition on the House floor, argued the amendments would complicate and undermine the Iran agreement.

The appropriations bill was subject to over seventy amendments, many of them controversial, and is unlikely to pass the Senate and all but certain to be vetoed by the President. However, the passage of the Iran-related amendments is a worrying signal could strengthen the hand of Republicans in pushing controversial measures related to the JCPOA as part of this year’s remaining must-pass spending bill process.

At a hearing on the Boeing sale earlier in the day, convened by the House Financial Services Monetary Policy and Trade (MPT) subcommittee, Democrats raised strong objections to the effort to block the Boeing deal. “We’re re-litigating the JCPOA, period,” protested Rep. Denny Heck (D-WA). The Boeing deal is the result of U.S. commitments under the Iran nuclear agreement, or Joint Comprehensive Plan of Action (JCPOA), to lift restrictions put in place decades ago that have left Iran with one of the most unsafe civilian flight records in the world.

Mark Dubowitz and Eric Lorber of the neoconservative Foundation for Defense of Democracies (FDD) argued that Iran Air has flown weapons and supplies to the Assad regime in Syria and designated terrorist groups like Hezbollah, so allowing the sale to go forward would further enable such transfers. The other witness, executive director of the Center on Law and Security Zachary Goldman, testified that, under the JCPOA, “the US committed to establishing a licensing regime for aircraft sales to Iran,” and blocking such licenses would violate the agreement. When pressed, Dubowitz acknowledged that the U.S. should honor the terms JCPOA, but argued that the U.S should add additional terms before allowing Iran to purchase aircraft after a “five year rehabilitation period.”

Dubowitz also repeatedly stated that Iran was in violation of the nuclear accord, citing a statement from Angela Merkel indicating that Iran continued attempts to procure nuclear-related technology. However, the report Merkel was citing addressed Iran’s attempts to obtain dual use and non-nuclear ballistic missile technology in 2015, prior to the agreement’s formal implementation. Given the scope of these activities and the timeframe, claims of Iranian violations of the JCPOA appear both premature and misleading. The other panelists, when prompted by lawmakers, disagreed with Dubowitz’ assertion and acknowledged Iran was upholding the agreement.

The Boeing deal will continue to be part of the largely partisan battle over the JCPOA. If finalized, and if legislation does not block the sale, the sale could be a major signal to other companies that investing in Iran is possible.