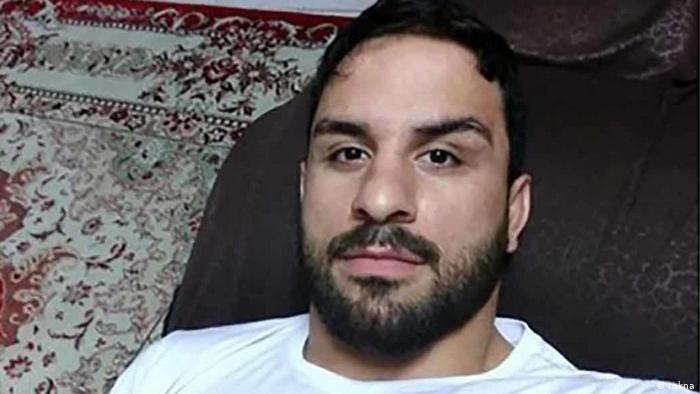 Navid Afkari, a 27-year-old from Shiraz who pled his innocence to murder charges, was executed early in the morning on September 12th. Read about the details of Afkari’s case prior to his execution in a previous issue of Iran Unfiltered. Afkari said he had confessed to murder under torture.

Mehdi Mahmoudian, a journalist in close contact with the Afkari family, posted an audio recording of a conversation Navid had with his brother the night before his execution. Navid says in the recording that he was told he would be transferred to a prison in Tehran. Neither him nor his family had any knowledge that he would soon be executed.

Hossein Yousefi, who was Navid’s lawyer and is the son of a former intelligence minister, said Navid’s execution violated Iranian law. He says Navid was legally entitled to see his family one final time before his execution.

There has been worldwide condemnation of Afkari’s execution. UN officials, European countries, and international sports organizations have all censured the Iranian government.

A group of leading UN human rights experts condemned the execution in a statement. They stated in part: “It is deeply disturbing that the authorities appear to have used the death penalty against an athlete as a warning to its population in a climate of increasing social unrest.”

Rouhani stated: “At a time when economic growth is impacted by severe sanctions and coronavirus limitations, the growth rate has reached negative 0.6 percent. The severe decline in economic growth of 20 to 25 percent is happening to America and its partner countries.”

Rouhani said the situation with Iran’s non-oil exports is “good” and that domestic production has been increasing in the past two months. He specified that Iran’s agricultural sector is recovering.

Amid severe scrutiny of Rouhani for the economic situation, his oil minister Bijan Zangeneh was summoned for questioning in parliament on September 15th. Zangeneh answered questions related to the state of Iran’s oil industry and oil exports.

Zangeneh said “great efforts” have been made to circumvent U.S. sanctions on Iran’s oil exports. He said his ministry has gotten help from “anyone it could” to export oil. He specified the IRGC’s construction wing, Khatam ol-Anbia, security forces, and “foreign forces.”

Zangeneh said not all of Iran’s exports are exported under its name. He says “documentation” regarding Iranian oil and its origin is constantly changed.

Before the reimposition of U.S. sanctions, Iran exported roughly 2.5 million barrels of oil per day. This is estimated to be between 200-300,000 barrels per day currently, though an accurate estimate is impossible because Iran is selling its oil secretly and using middlemen.

The Iranian Central Bank recently announced that revenues for Iranian oil exports and oil products during the last Iranian year (March 2019-March 2020) were $29 billion. This is roughly half the previous year’s amount.

Mohammad Bagher Nobakht, the head of the planning and budget organization, says oil revenue now accounts for under 10 percent of the government’s budget. Over the years this figure has been as high as 50 percent.

Nobakht says that increased taxation is the best substitute for the loss in oil revenues. But he says it is not practical to achieve this in the medium term.

The Iranian outlet Fararu analyzed the Israeli-Emirati agreement to normalize relations and its ramifications for Iran’s relationship with the UAE. Fararu explains that Iranian officials have described the agreement as “strategic stupidity” for the UAE and a “great mistake.”

Fararu says Iran has political and security concerns regarding the agreement. Politically, the Iranian government views this as a betrayal of “one of the most important ideals of the Islamic world, Palestine.”

In the security realm, Iran is concerned that Israel will gain a greater military and espionage presence in the Persian Gulf from which to conduct attacks in Iran. Iranian political and military officials have issued strong warnings in this regard.

President Rouhani has stated: “We warn the Emirates to not let the Zionist regime [Israel] into the region [the Persian Gulf]. Then we will have a different calculation and will have a different approach with them [the UAE]. They should be careful. Until now they have committed a great mistake and a traitorous action.”

Mohammad Bagheri, the chief of staff of Iran’s Armed Forces, has said: “Definitely the approach of the Iranian nation to this neighboring country [the UAE] will fundamentally change. Iran’s Armed Forces will also view this country with a different calculation. If anything happens in the Persian Gulf region and the national security of the Islamic Republic of Iran is damaged, however small, we will view the UAE as responsible and won’t tolerate it.”

Fararu says that the UAE traditionally seeks to portray itself as a spectator to U.S.-Iran tensions and acts against Iran behind the scenes. Fararu highlights that contrary to the claims of Emirati officials, U.S. Secretary of State Mike Pompeo says the Israeli-Emirati agreement is aimed at forming a “military alliance” against Iran.

Fararu says the UAE has now overtly taken a “side” by normalizing relations with Israel. It says this will make it a target for Iran in any likely regional conflict.

Hossein Amir Abdollahian, a former deputy foreign minister and current aid to Iran’s parliamentary speaker, has said in this regard: “Now that the UAE has normalized its relations with the UAE, Iran’s retaliation for any overt or covert incident that is committed by Mossad in Iran or the region will not be limited to the Zionist regime [Israel]. The UAE will be considered for part of Iran’s response.”