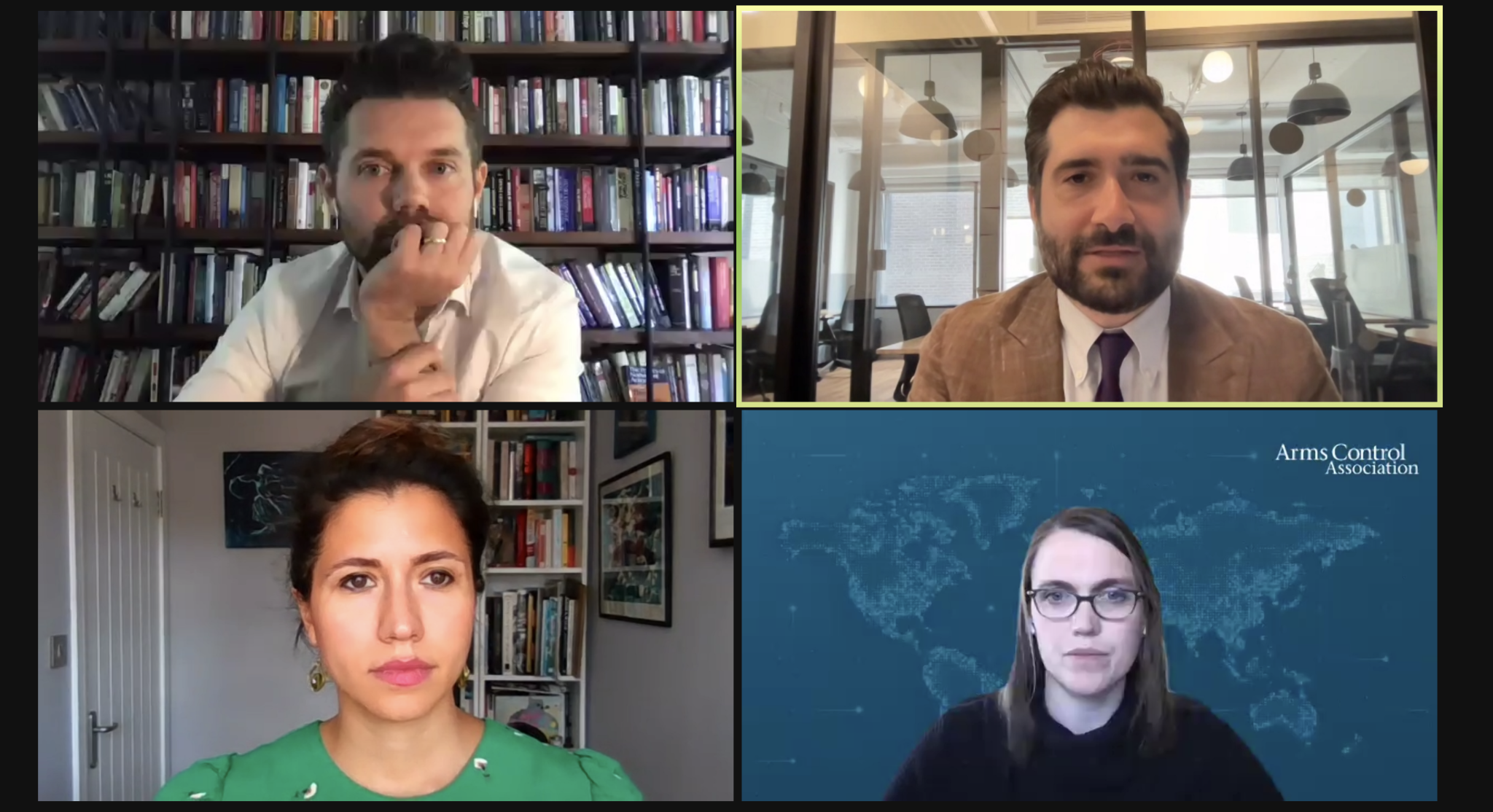 “The threat is much more urgent and Iran is much closer to a nuclear weapon from a capability perspective,” said Kelsey Davenport of the Arms Control Association. “We are very close to the point where Iran can make the decision to produce enough fissile material for a weapon and international inspectors may not detect that.” Davenport addressed the growing nonproliferation risks of Iran’s nuclear program at NIAC’s policy panel, “Deal or Deadlock: Can the Iran Nuclear Deal be Saved,” which addressed the growing impasse in the Biden administration’s negotiations with Iran.

“It does seem that President Biden wants to have a zero blowback policy on Iran – some would say playing it safe [and] trying to keep everybody happy,” said Ellie Geranmayeh of the European Council on Foreign Relations. Geranmayeh noted the domestic political opposition that would accompany any deal with Iran regardless of its terms. She noted that under such circumstances, it is important for policymakers to ask “what is the best time to act, as a matter of policy, to get the greatest gains from a nuclear perspective on this issue? And with each day that goes by that President Biden delays his decision, I think the risks become graver and graver…”.

Tyler Cullis, Counsel with Ferrari & Associates, addressed the main roadblock to a deal in the Foreign Terrorist Organization (FTO) designation of the Islamic Revolutionary Guard Corps (IRGC). Cullis emphasized that the “legal consequences of the designation are rather insignificant,” and pale in comparison to other authorities targeting the IRGC including its designation as a Specially Designated Global Terrorist (SDGT) under Executive Order 13224. Cullis argued that Iran’s issue with the designation was likely not a legal matter, but a political one, as the IRGC is the only foreign military designated under the FTO authority.

Given that the final hurdle to a deal is largely a political obstacle, the panelists were critical of the Biden administration for failing to reach the finish line. According to Davenport, “Biden can pay a price for lifting the FTO [designation]…or he can pay a far higher price for being the President that allowed Iran to come to the brink of a nuclear weapon, or started a war to try and stop that.”

Geranmayeh noted that Iran is unlikely to back down on the FTO designation as they feel they’ve offered two major concessions that make it a favorable deal for the United States. Namely, that Iran is not seeking any guarantee for implementation beyond 2024 or compensation for the damages of the U.S. withdrawal and escalation of maximum pressure, which continues to this day.

The panelists noted that tensions over Russia may be detracting political attention from the effort to reconstitute the deal. Moreover, Cullis expressed serious doubts about the Biden administration’s ability to re-implement a full maximum pressure campaign against Iran given how much focus the Treasury Department has dedicated to implementing sanctions against Russia. Cullis said that doing so would “require substantial investigative resources to be diverted away from Russia, it would involve intensive diplomacy with friends and foes alike – which could obscure some of the objectives that the Biden administration is seeking to achieve with respect to Russia, and it would involve a lot of public messaging on what the U.S’s policy towards Iran is moving forward. And that is just not the kind of resources and staffing that either [the Treasury Department’s Office of Foreign Assets Control] or the State Department has right now with all of its resources being on Russia and Ukraine.”