The National Interest: Iran’s Path to Negotiations With Trump’s America 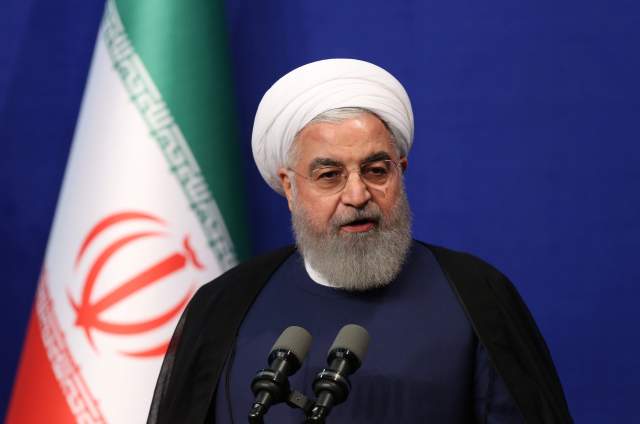 Iran’s Supreme Leader Ayatollah Khamenei told Japanese prime minister Shinzo Abe in Tehran that his country “will not negotiate under pressure.” His meeting with Abe was followed by new acts of sabotage against oil tankers in the Gulf of Oman, raising concerns of a full-blown conflict erupting. While the perpetrator is unknown, the United States and Iran are increasingly locked in a stalemate that neither can afford to live with. The potential still exists for negotiations, provided President Donald Trump makes a course correction and offers credible incentives for a deal.

A year after reneging on the Iran nuclear deal, President Trump’s so-called “maximum pressure” campaign against Tehran has crash-landed. Not only is the regime in Tehran still standing despite the expectations of senior Trump advisors, but Iranian leaders remain defiant in the face of Trump’s calls for talks. This was reinforced by Khamenei during his meeting with Abe, with him saying that he does not trust the United States or believe that it seeks “genuine negotiations.”

Iranian officials have made clear they will not negotiate while bearing the brunt of the Trump administration’s so-called “maximum pressure” campaign. In fact, Iran’s modus operandi in response to pressure has long been to increase its own pressure. To not do so, Iranian leaders have conveyed, is to signal weakness and invite even more egregious demands and pressure. Iran followed this strategy to get the July 2015 nuclear deal, formally known as the Joint Comprehensive Plan of Action (JCPOA). Recent Iranian rhetoric and actions suggest it is following a similar playbook this time around.