The Hill: The Fairness for High-Skilled Immigrants Act is anything but fair 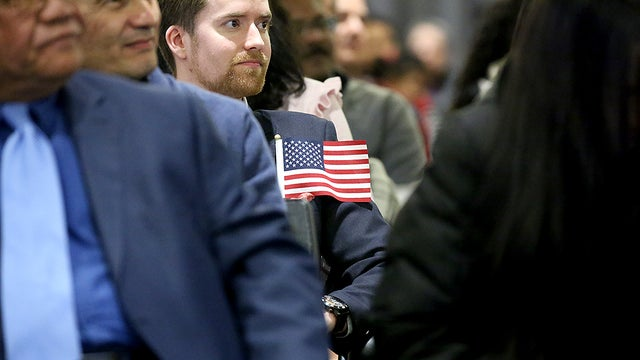 Much of our community, the Iranian-American community, owes its citizenship to the green card process. However, a bill moving through Congress would slam shut that pathway for countless Iranians and communities like ours, shifting outrageous backlogs onto nationals from Iran and other smaller countries.

Unfortunately, the House of Representatives recently passed a bill, known as the Fairness for High-Skilled Immigrants Act of 2019 (H.R. 1044/S. 386) which would eliminate caps that prevent any one country from receiving more than 7 percent of green cards for highly-skilled workers. These caps were put in place, according to the State Department, to guard against the monopolization of the green card process by a few larger countries. While eliminating the caps would reduce the backlog for nationals from large countries, like India and China, it would shift that backlog onto nationals from smaller countries—adding years of delays. For Iranian nationals, who are already separated from loved ones due to the president’s cruel travel ban, this would extend their separation by up to a decade.

Why is this legislation moving so fast? At a time when Congress has been unable to pass any meaningful reforms to address the multitude of crises in our immigration system, how are lawmakers on the verge of passing such a fundamental overhaul of the immigration system with almost zero debate on the unanticipated consequences? Because nationals who would benefit from the bill are vocal and backed by corporate interests who would also benefit, while the many who would be affected negatively by the change have been quiet by comparison. That needs to change if we want to safeguard the green card process for all nationalities.