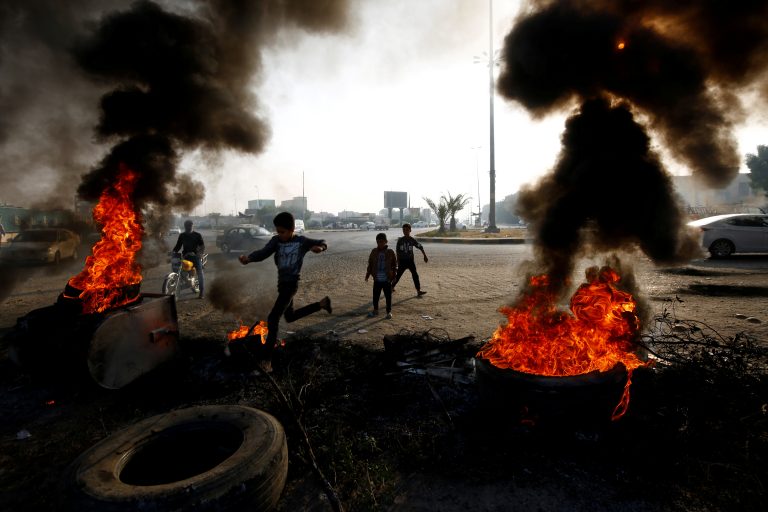 Iranian authorities sparked widespread protests after their abrupt decision to increase the price of gasoline on November 21. The government quickly clamped down with brute force and an unprecedented week-long internet shutdown.

While the full extent of the brutality is only now becoming clear, far more protesters appear to have been killed in the crackdown than in the 2017-2018 national protests and the Green Movement in 2009. The reaction to the protests is just the latest sign that the Islamic Republic is headed toward becoming more ironfisted at home and less conciliatory abroad—not toward the “behavior change” that the Trump administration purportedly seeks.

The gas price hike decision and subsequent protests occurred against a complex backdrop. Iran is currently bearing the brunt of a “maximum pressure” campaign by the Trump administration marked by severe economic sanctions and, according to journalist Barak Ravid, “efforts to encourage protests within Iran”. Iranian domestic politics are also undergoing a seismic shift in favor of hardline elements largely due to this outside pressure.

Trump officials and their allies have lost no time in pointing to the recent protests in Iran as evidence of the success of their maximum pressure campaign. The reality on the ground tells a different story, however. The Iranian regime is not on its last legs but is growing more insular and repressive. The net effect of maximum pressure has been to create the opposite of a conducive political environment in Iran for new negotiations with the United States, or a brighter, more free, and prosperous future for the Iranian people. The final result may well be entrenched U.S.-Iran hostilities for decades to come and an Iran more aggressive with its nuclear program and broader foreign policies.