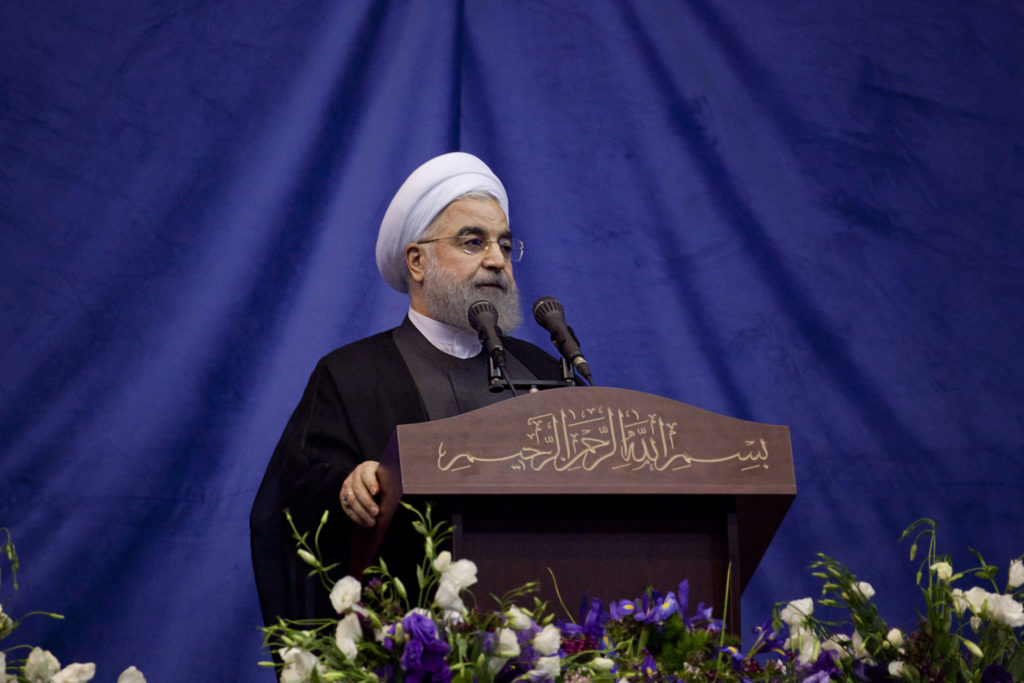 Iranian President Hassan Rouhani’s trip to Tokyo on December 20-21 will be the first such trip by an Iranian president since 2000. Rouhani will be reciprocating an earlier trip to Tehran by Japanese Prime Minister Shinzo Abe last July. While Abe then did not manage to end the U.S.-Iran diplomatic impasse, as was his stated aim, there are 6 significant signs that Rouhani’s trip at this juncture may break the deadlock.

First, the political winds in Tehran have shifted to a degree that may lead to diplomatic progress between the U.S. and Iran. Importantly, leaders in the U.S. and Iran have both been divided over the issue of new negotiations. On the U.S. side, Secretary of State Mike Pompeo has alternated between laying out 12 preconditions for new talks to saying that there are no preconditions. Meanwhile, President Trump has at times has said that all he seeks is for Iran to have no nuclear weapons and for its leaders to “call” him. This almost happened during September’s U.N. General Assembly, according to the New Yorker, by way of a three-way phone call between Trump, French President Emmanuel Macron, and Rouhani. Trump was reportedly ready for it, but Rouhani was not.

On the Iranian side, any trust in the U.S. built during the negotiations that led to the July 2015 nuclear deal has been destroyed. Iran’s Supreme Leader Ali Khamenei has strongly opposed entering new negotiations while bearing the brunt of the U.S.’s “maximum pressure” campaign, based off the concern that any U.S.-Iran meeting would validate the pressure track and invite more pressure. Rouhani has voiced similar concerns and has made sanctions removal a prerequisite for new negotiations. However, he has contended the U.S. was prepared to ease sanctions during U.N. General Assembly, and the key stumbling block was only the sequencing of sanctions removal.