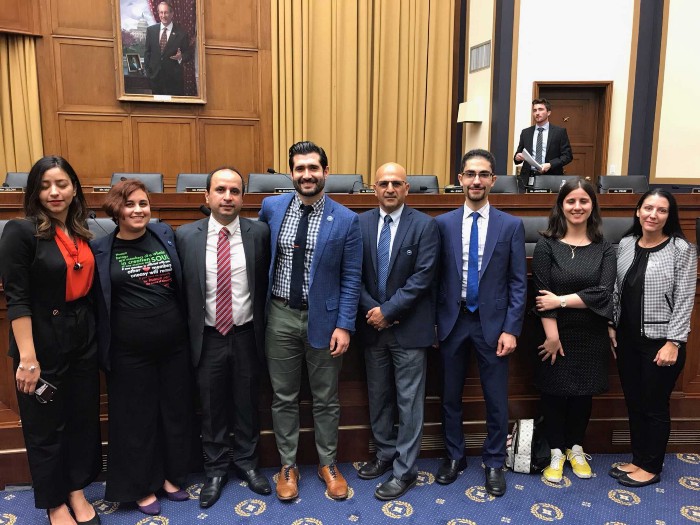 It has been more than two and a half years since Trump imposed a Muslim ban, and two years to the day since the third iteration of the ban was introduced. Tens of thousands have been impacted every year it has been in place, with many families separated by a ban that is based on nothing but bigotry. The National Iranian American Council (NIAC) has been at the center of efforts to end the ban once and for all, and was in close touch with committee staffers in pushing for this hearing and ensuring that legislators were prepared to both press administration officials and hear from those impacted.

One of the highlights of the hearing was the testimony of Dr. Abdollah Dehzangi, an Iranian green card holder who told the story of how he has been separated from his wife by the ban for years. Iranian nationals remain the group most impacted by this discriminatory ban, and Dr. Dehzangi’s story of heartbreak and separation is reflective of far too many members of the community. Rep. Zoe Lofgren, chair of the Immigration subcommittee, personally encouraged Dr. Dehzangi to not give up, pursue American citizenship and offered to help his wife’s efforts to secure a visa.