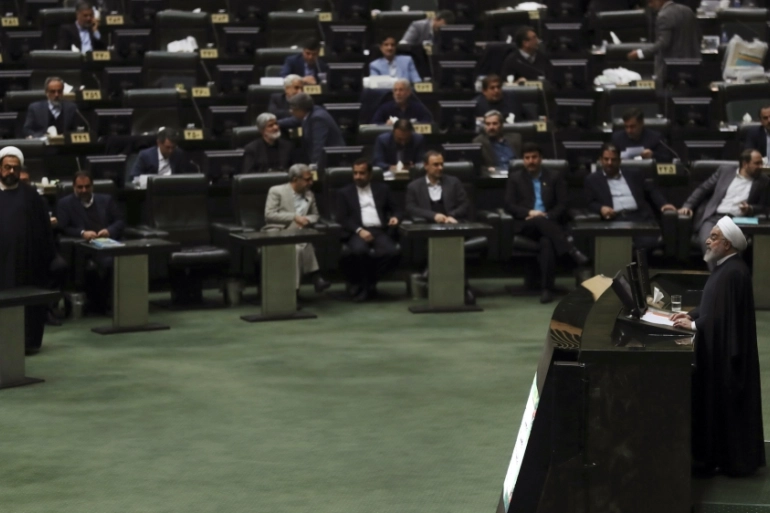 “From an economic and standard of living perspective, the people are under immense strain,” Iran’s First Vice President Eshaq Jahangiri recently proclaimed. “We understand these problems and are ashamed before the people.” His comments come as crippling US sanctions and the COVID-19 pandemic have spurred deep economic decline and a pervasive sense of hopelessness and anguish among many Iranians.

Iran has been gripped by labour strikes, rising inflation, and increasing poverty in recent months. According to Ayyub Faramarzi, the deputy head of the Statistical Center of Iran, prices on 475 goods have increased by an average of 26 percent across the country, putting Iran among the four countries with the highest levels of inflation.

Meanwhile, according to a recent report by Iran’s Parliamentary Research Center, Iran’s rate of poverty has increased from roughly 15 percent in 2012 to more than 18 percent in 2019. Per capita income has also decreased by 34 percent over this period. Given the pandemic and ever-tightening US sanctions, these figures likely worsened this year. In a sign of how the situation has deteriorated, delayed wages recently led to strikes in Iran’s critical oil and gas industries.

Amid the severe economic downturn, factional infighting in Iran’s quarrelsome political system has grown fiercer. The new conservative-dominated parliament has been relentless in its attacks on President Hassan Rouhani’s administration. Recently, Iran’s Foreign Minister Javad Zarif was summoned before the body, where he was grilled by hardline parliamentarians who called for his prosecution and chanted, “death to the liar!”

However, while current economic and political conditions in Iran are dire, there are also compelling reasons to believe that the Iranian system is more resilient than it appears. The country’s decision-making elite, while racked with internecine feuds, have shown they will put aside their differences on matters where the survival of the country is at stake. Furthermore, despite the battering the economy has taken, there are no indications it is on the verge of collapse.