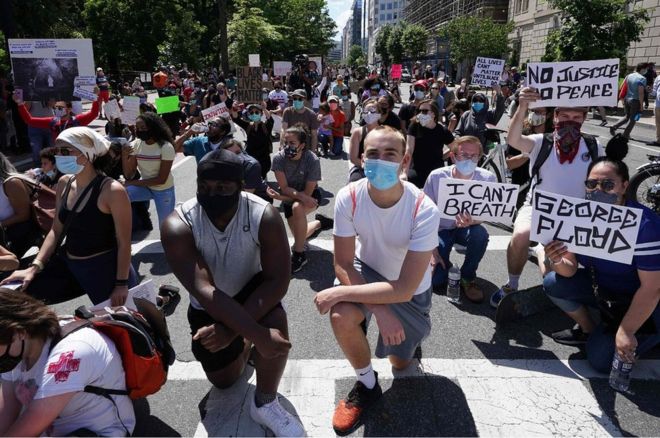 “Since last week, protesters have braved the threat of state violence and pandemic to raise their voice against a system that has denied them justice and security. We are deeply concerned that, rather than listening and considering steps to reform, some in government and law enforcement are condoning, calling for, and implementing a violent response that will only provoke chaos and violate people’s rights. Videos and reports show militarized security forces charging into crowds and firing mace, tear gas, rubber bullets and other weaponry at protesters, journalists and bystanders alike. More than 4,000 people have reportedly been arrested in connection with the protests, and one man has been shot dead.

“NIAC strongly supports the unequivocal right of every American to protest and urges both police forces and the National Guard to refrain from further violence and to allow protesters the freedom to voice their frustrations. Human rights are universal rights, and whether violations of those rights take place in a foreign nation like Iran or here at home, we must all raise our collective voice to protect them.

“NIAC condemns calls for violence from the White House and urges Congress, as well as state and local governments, to pass comprehensive legislation to address systemic police violence. There are a number of key steps that our leaders need to take to de-militarize law enforcement and establish justice in the wake of George Floyd’s murder. That includes reforming the use of force standards for police officers, providing data on police violence, eliminating the transfer of military equipment to law enforcement, and expanding liability standards to help hold police more accountable. NIAC recently signed a statement led by The Leadership Conference on Civil and Human Rights and signed by 400 organizations detailing these necessary reforms.

“America is a nation of high ideals, and deep inequity. It is only through organizing and challenging the status quo that our nation has lessened the still pervasive hold of systemic racism. We stand with the people across the country demanding justice and equality, and will work to ensure that their calls are realized and that we can all enjoy an America that values black lives, civil rights, and peace and justice.”